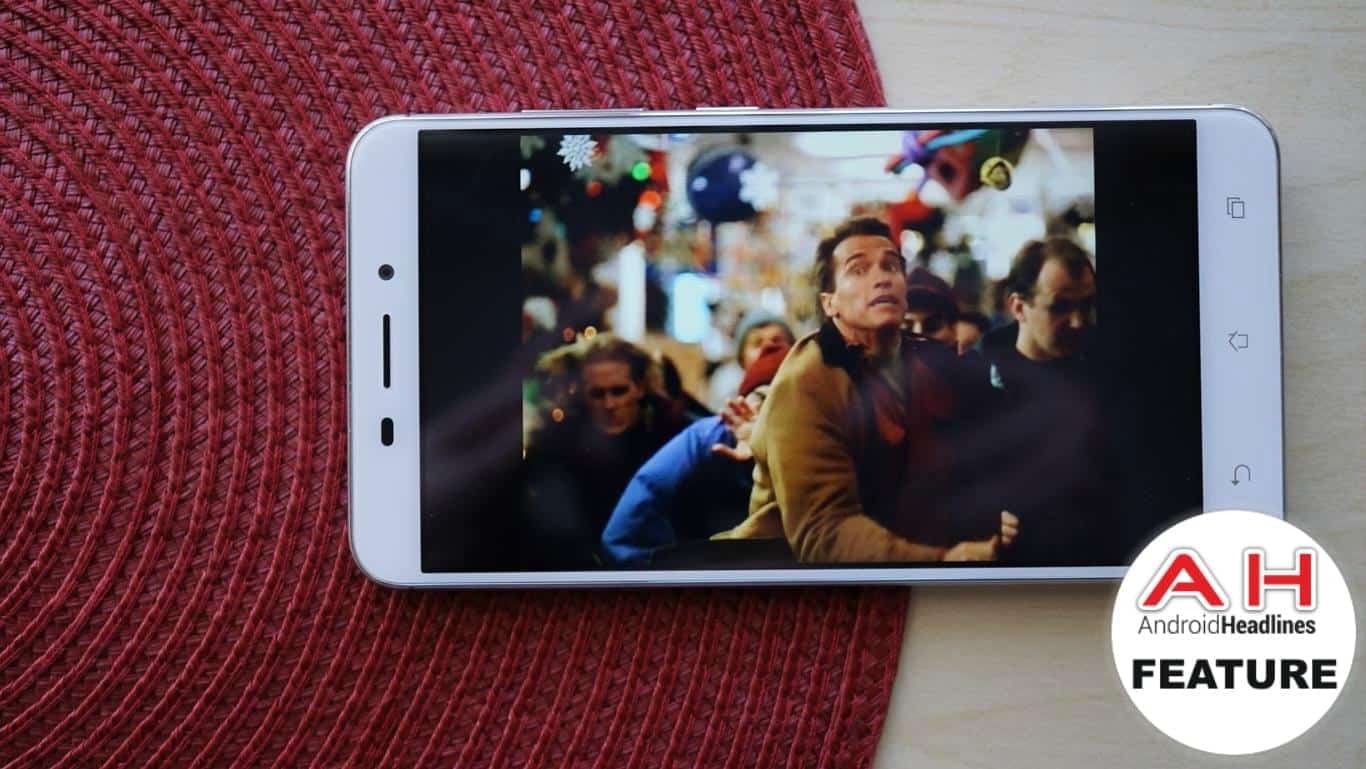 The Holidays are basically here, and with most people celebrating Christmas with their families, it's time to talk about some of the best Christmas movies that are available on Google Play. You can rent or buy any of these movies on Google Play and have them available on the web as well as on your Android and iOS devices. Additionally, you have the option of throwing them on the big screen by using Android TV, Chromecast and Roku set-top boxes.

This is a classic movie from Tim Allen. The plot consists of Tim Allen frightening Santa Clause on Christmas Eve while he was getting ready to go down the chimney and deliver presents, and he falls off of his roof and dies. Then Tim Allen becomes Santa Clause by putting on the jacket and is forced to finish up delivering presents that night, before being taken to the North Pole. It's a pretty funny movie, and a good one to enjoy with the kids. It's a pretty old movie, coming out in 1994, but still worth renting if not owning.

In the Polar Express, a young boy is doubting whether Santa Clause exists. Then he ends up on a magical train ride to the North Pole on Christmas Eve, where he discovers himself and finds out that Santa Clause is real as well as finding all sorts of friends on the ride there and back. It's a great movie to watch with the whole family, both young and old. It also stars Tom Hanks and Robert Zemeckis.

Here we go again, Kevin McCallister gets left home alone for the Holidays while his family is in Florida. However, Kevin has some fun with the bandits that are after him, Harry and Marv, and has all kinds of booby traps for them. Kevin has loads of money as well as credit and debit cards at his disposal and he definitely makes the most of his time in Manhattan in this sequel to Home Alone. The next President of the United States, Donald Trump also makes a quick cameo in this film, although he is a much younger Donald Trump in this movie, since it is a nearly 20 year-old movie at this point.

Christmas With The Kranks

Yet another Christmas movie starring Tim Allen. This time he and Jamie Lee Curtis who is playing his wife, are skipping the holidays and jumping on a cruise, since their only daughter has moved out and won't be coming home for the Holiday, or so they thought. Then their daughter calls and says she's coming home for the Holidays and the Kranks need to get back home, in less than 12 hours. Will they make it?

Jingle All The Way

When Arnold Schwarzenegger forgets to pick up a gift for his son for Christmas and has to run out on Christmas Eve to pick up the most popular toy of the season, hilarity ensues. Arnold gets in numerous fights with Sinbad throughout the movie as well, which is pretty funny. This is one of the more hilarious Christmas movies that's out there, and it came out 20 years ago.

In the sequel to the Santa Clause, Tim Allen learns that he has to get married by Christmas Eve or he'll no longer be Santa, after being Santa for 8 years. It appears that this was the "clause" that he was not told about as the head elves also forgot to mention it to him. There's also the fact that his own son has landed on the naughty list. So he's in a mad dash to find the woman of his dreams and marry her before December 24th, or he'll lose a job that he loves dearly. As well as getting his son off of the naughty list, because you can't have Santa's son on the naughty list, right?

After going to White Castle and Guantanamo Bay, Harold and Kumar are back with their buddy Neil Patrick Harris in this funny, holiday-themed movie. After Kumar accidentally sets Harold's Christmas tree on fire, Harold kicks Kumar out and sets out to find a replacement tree, but so does Kumar to make it up to his buddy. But of course, everything isn't as smooth as that, and they get into loads of trouble while looking for the right tree. It's a funny movie, but definitely not one that is suited for kids to watch, seeing as Santa gets shot in the face.

Mickey's Magical Christmas: Snowed in at the House of Mouse

While Harold and Kumar might not be suited for kids, Mickey Mouse is always suited for them. In this Christmas movie, Mickey and his friends (including Winnie the Pooh, Belle, Ariel, Snow White and about 30 other characters) attempt to help Donald Duck change his Christmas spirit and stop being such a scrooge. They all begin to watch their favorite Holiday movies, and everyone gets into the Christmas spirit, even the grumpy Donald Duck.

Now to round out our top 10 list here we have a movie that the entire family can enjoy. After a young boy's father dies in a car accident, he then becomes friends with a "magical snowman", and it actually turns out to be his father, reincarnated. Of course this leads to him being teased at school by some of his friends, but it is definitely a heart-warming film and a great choice to show at a holiday party this year, especially one that has loads of kids.