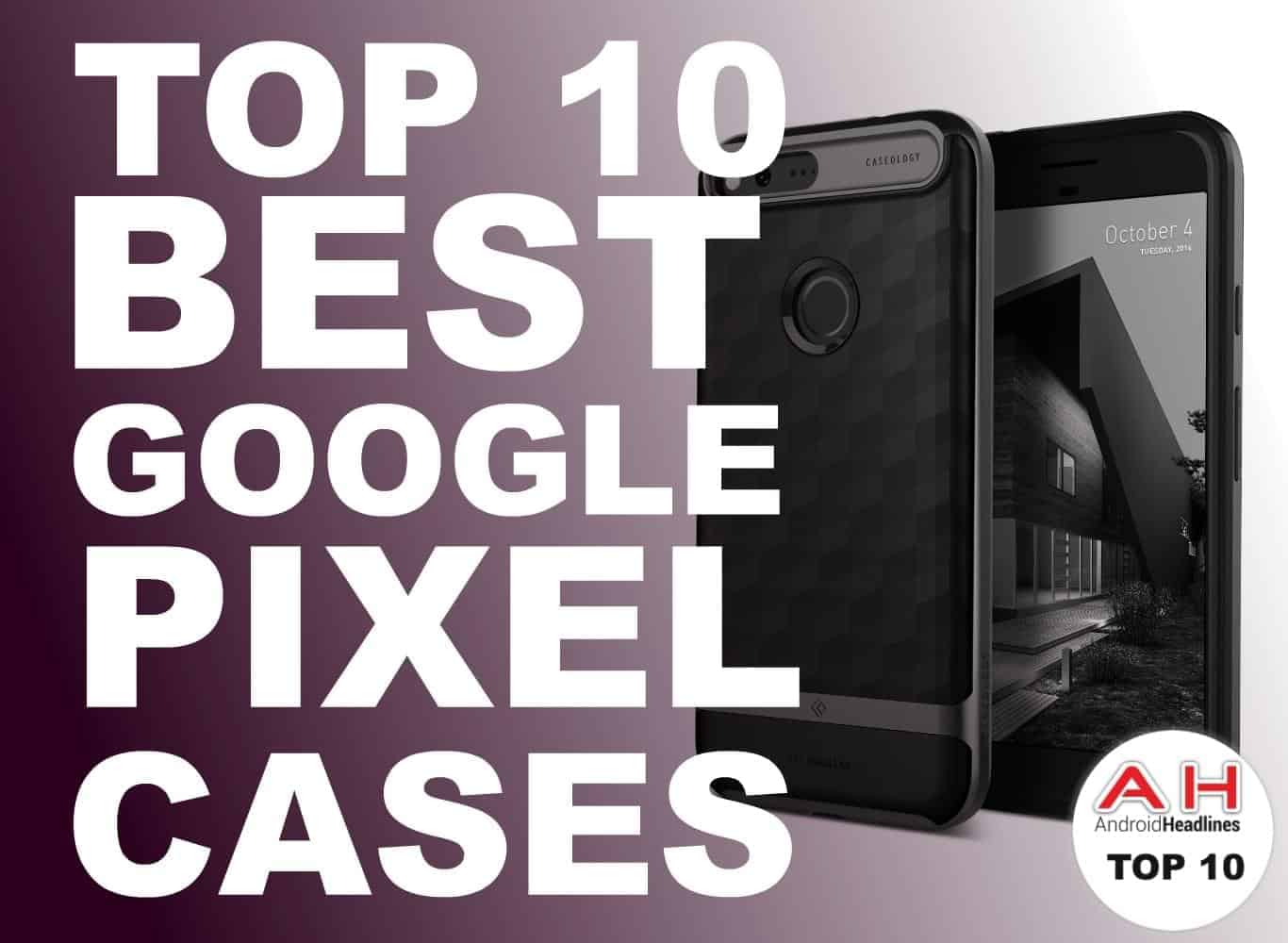 The Google Pixel is the smaller of the two Google phones that the company debuted in 2016. It's a 5-inch smartphone with an aluminum body and a glass section on the back. It's a bit of a slippery smartphone, which is why slapping a case on it is definitely a must, and the good thing is that there are plenty of great cases to pick up for the Google Pixel. 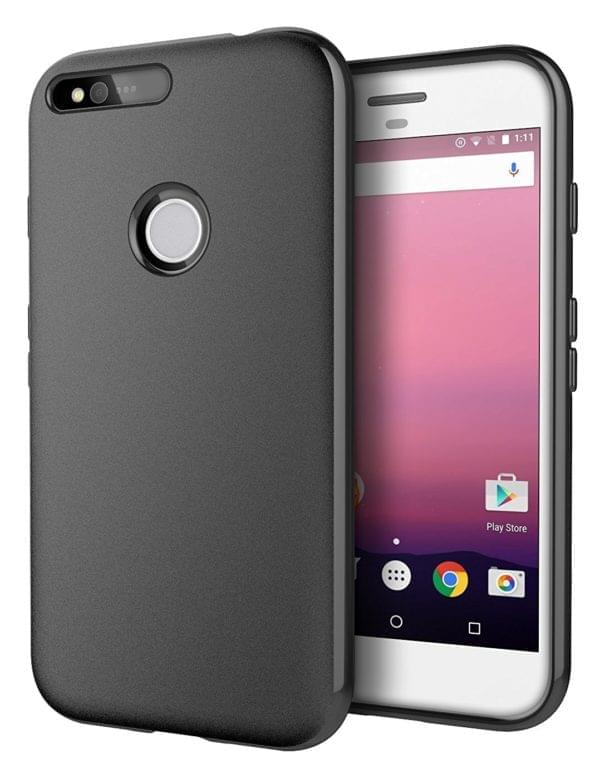 This isn't a full case for the Google Pixel, but more of a protective cover for your device. This is going to protect your device from falling out of your hands, which is something that is definitely needed with the Google Pixel. It also makes the Pixel look a bit nicer, if you aren't a huge fan of the two-toned back. 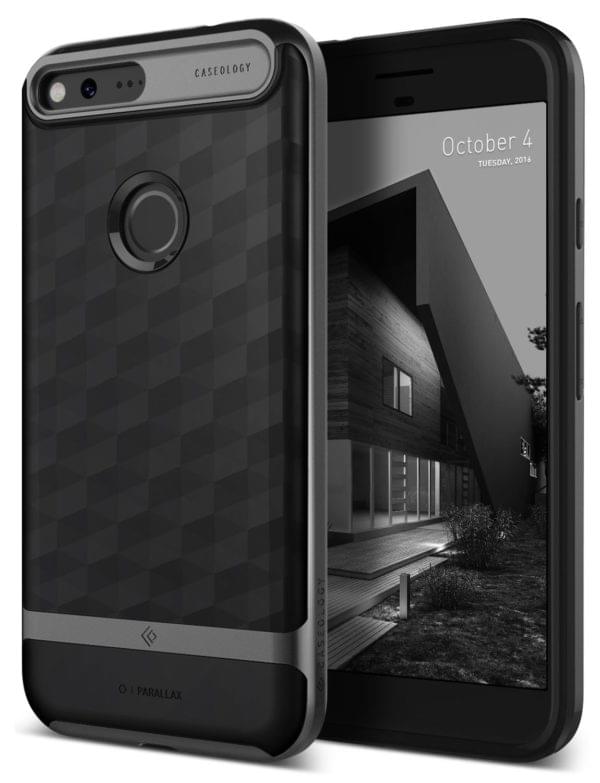 Caseology has become known for putting together some rather interesting looking, but high-end, cases as of late. And the Parallax Series for the Google Pixel is no different. This one has a pretty cool design, and it looks amazing on the black Google Pixel. If you're into darker colors, then the Parallax Series is definitely a great case to check out. 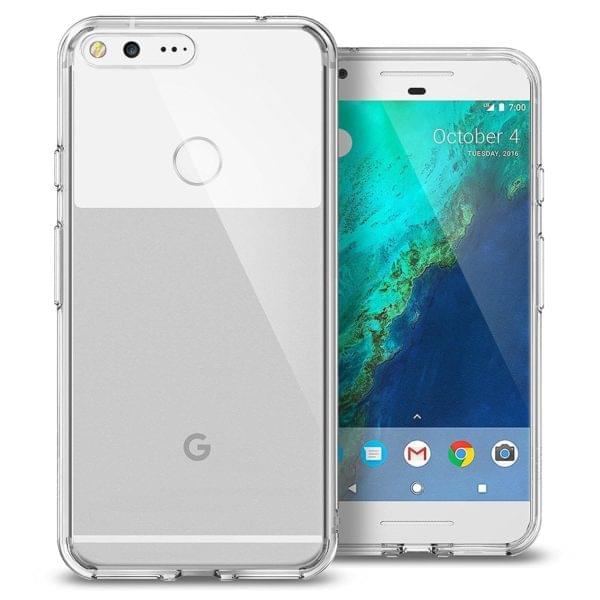 Here's a great option for anyone looking for a case for the Pixel smartphone. This is the Ringke FUSION which is also a clear TPU case for the device. It'll protect the sides of the device, while also keeping the device design visible for all to see. It also has the appropriate cut outs for the headphone jack, and the USB-C connector so you can charge the device easily. 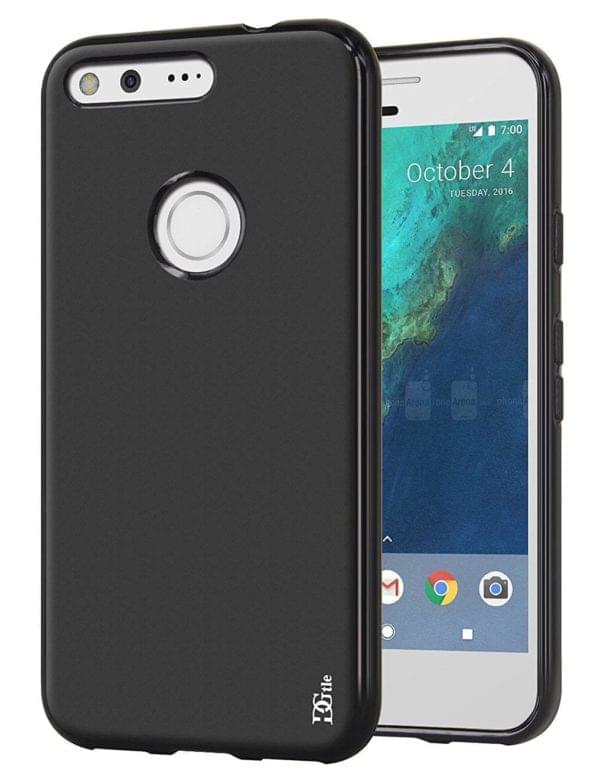 Here's another great option for the Pixel. This is a black TPU case from DGtle and it looks pretty nice on the device, even the silver/white model that is shown above. This TPU case isn't a rugged case, but it will protect your smartphone from getting damaged during everyday use, which is definitely important. 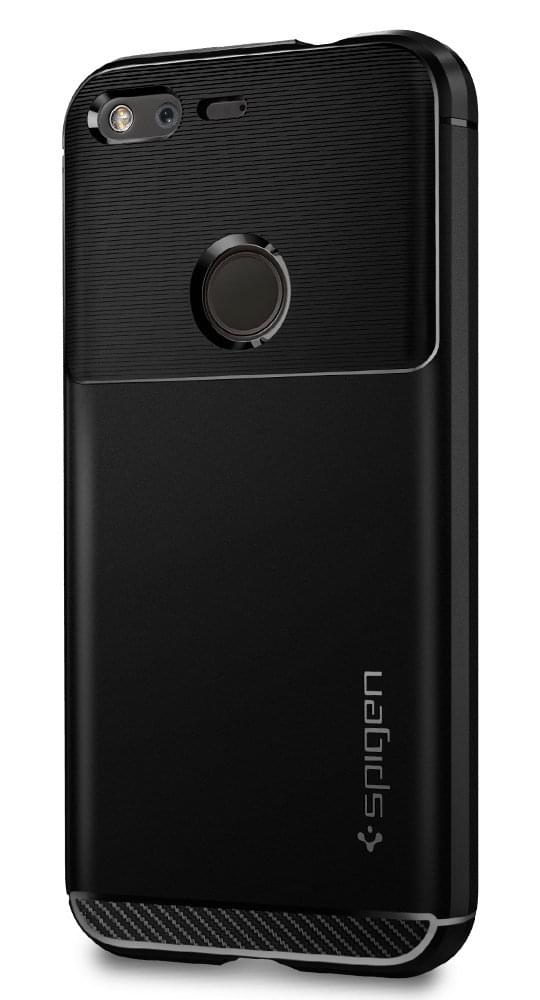 The Spigen Rugged Armor has been a pretty popular case for a lot of smartphones, and they have a sweet looking one for the Google Pixel. This one sports a design similar to the Pixel. With a glossy back, and then a a different texture towards the top, where the glass panel is on the Google Pixel. 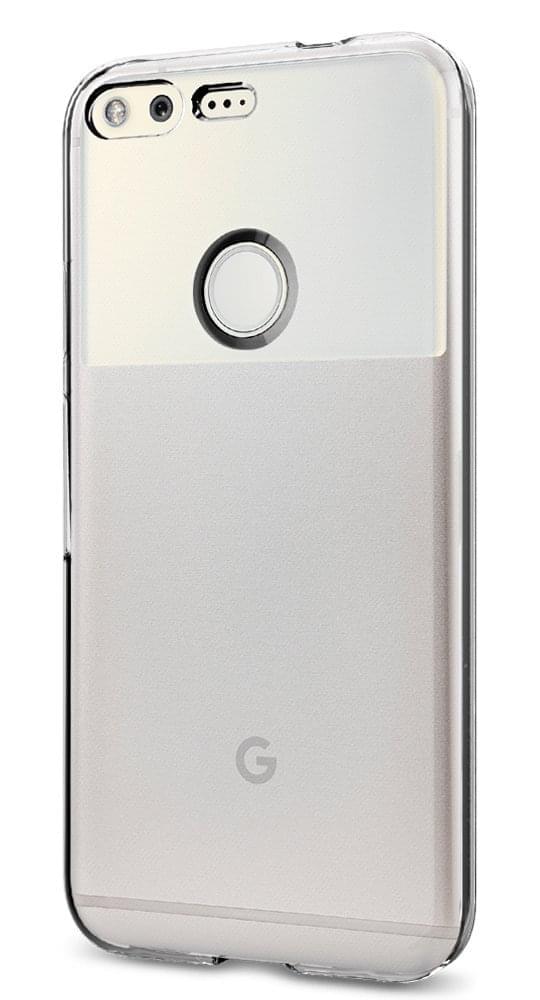 This is another option from Spigen, it's their Liquid Crystal case for the Google Pixel. This is a great option for those that still want the ability to show off the design of the Pixel smartphone, but have it protected. It does cover the sides of the device as well as form a lip over the display, this way when you drop the phone, the display doesn't hit the ground and inevitably shatter. 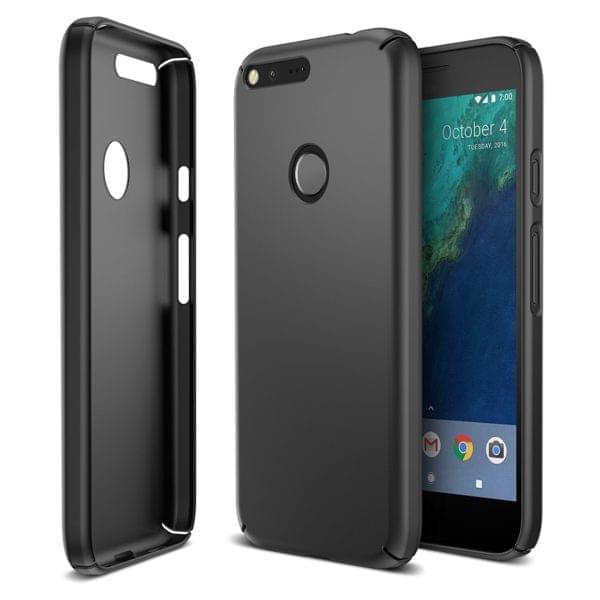 If you just need a case to protect your Google Pixel, and don't really care about how popular it is, then the mSnap from Maxboost is definitely worth checking out. It's a thin case that snaps onto your smartphone and protects it. It's available in matte black, which looks really nice on the Google Pixel smartphone. 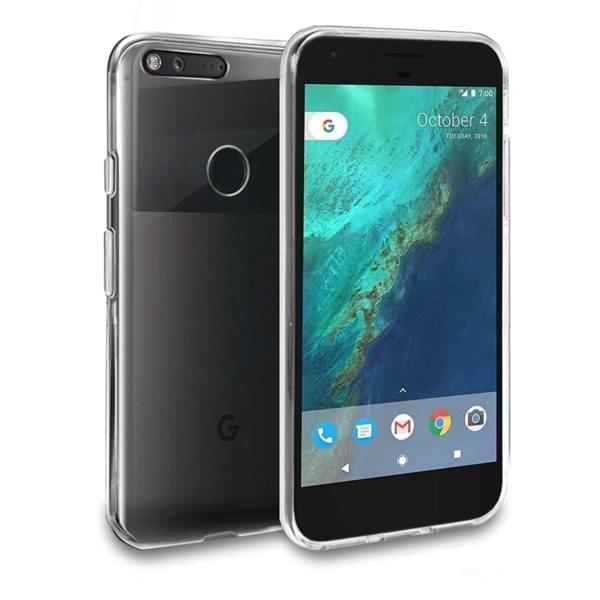 This is another TPU case for the Pixel and it looks pretty nice, sporting virtually the same design as the Pixel smartphone. This is also one of the cheapest cases available for the pixel, coming in at just $4 right now. Definitely worth it to protect your smartphone at that price. 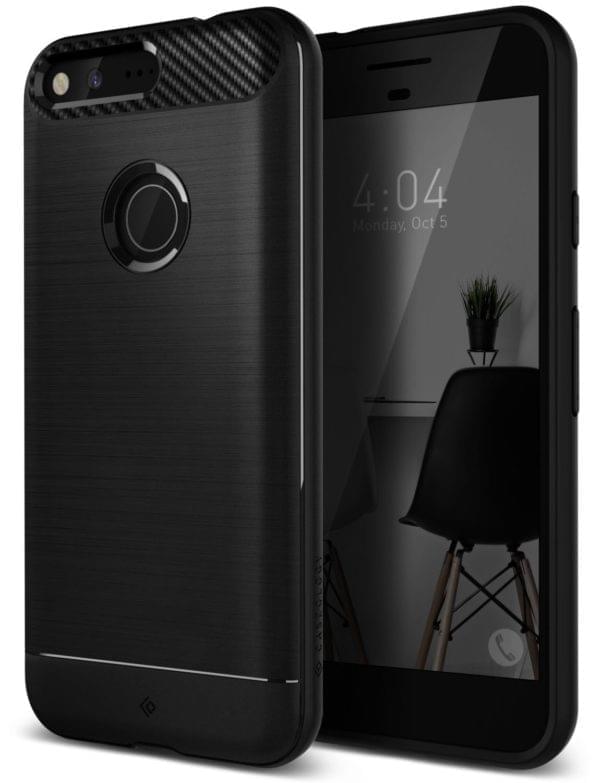 Here's another solid option from Caseology. This is their Vault Series, which looks pretty impressive on the Google Pixel. We're looking at a brushed aluminum look on the backside with a carbon fiber look at the top near the camera. This makes the device look nice, but also protects it from being dropped, since it is a somewhat thick case and can take impact. 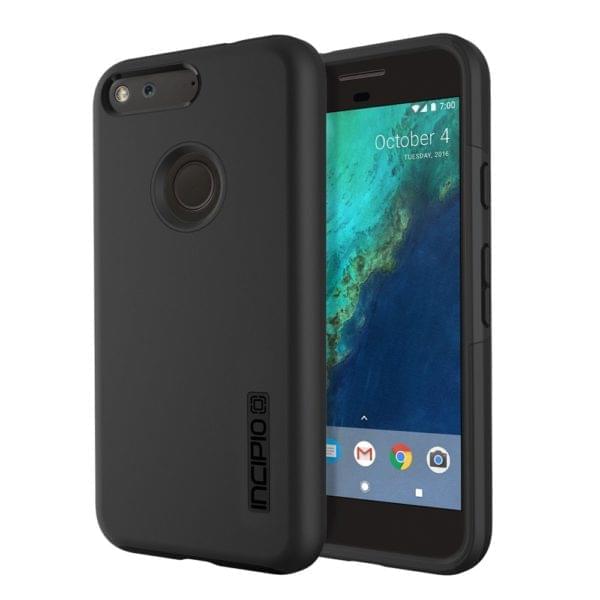 Incipio has always put together some rather interesting cases for smartphones, and the DualPro has long been one of everyone's favorites, and that's due to how good it looks and how much protection it provides. It has two layers, one is a soft layer that goes against the phone and then there is a hard case that is on the outside to absorb impact from when it is dropped. It also adds plenty of grip to the device, so you won't drop it as easily.

Buy the Incipio DualPro
Advertisement
Trusted By Millions
Independent, Expert Android News You Can Trust, Since 2010
Publishing More Android Than Anyone Else
0
Today
186
This Week
106
This Month
4093
This Year
105570
All Time
Advertisement