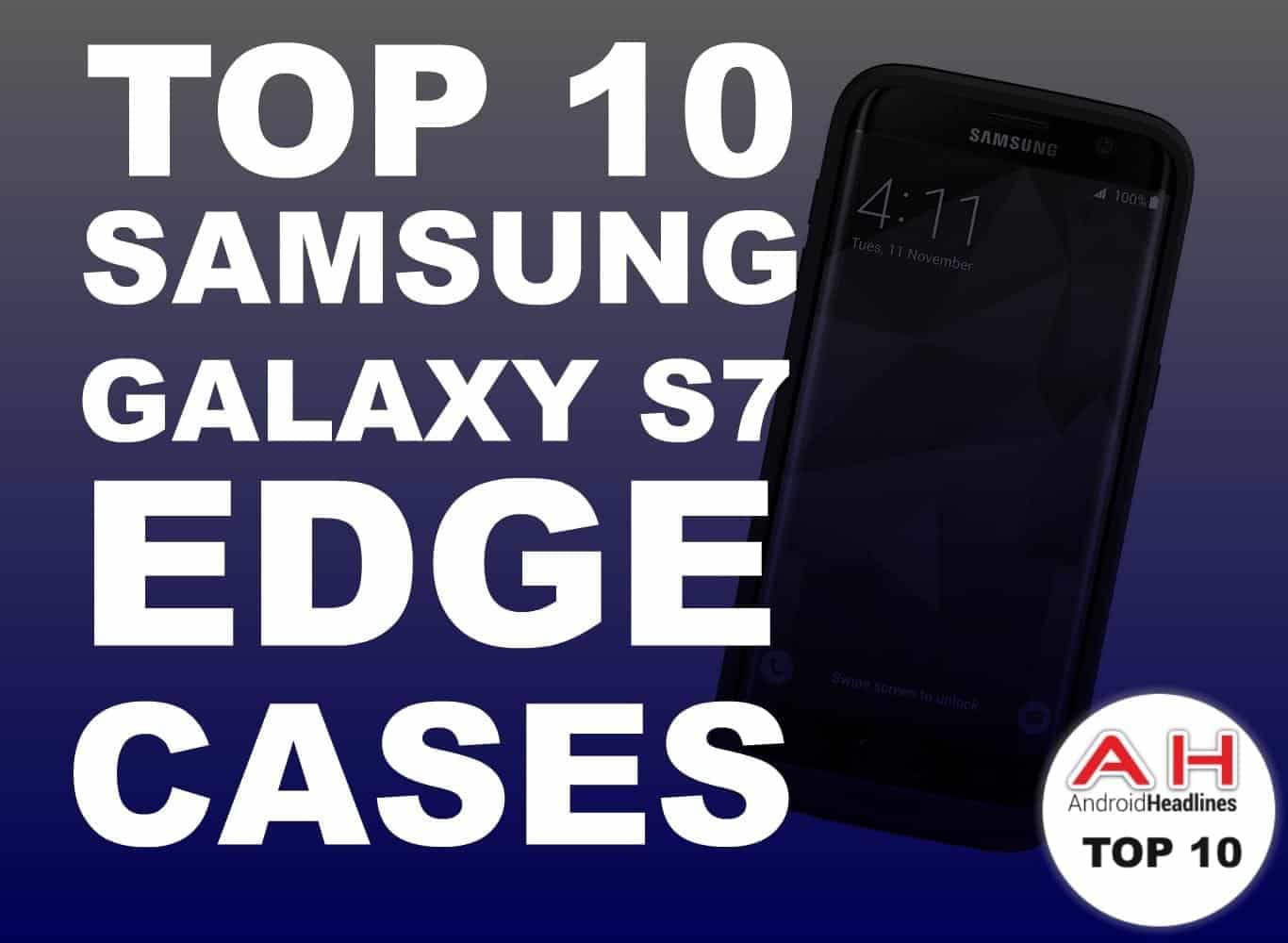 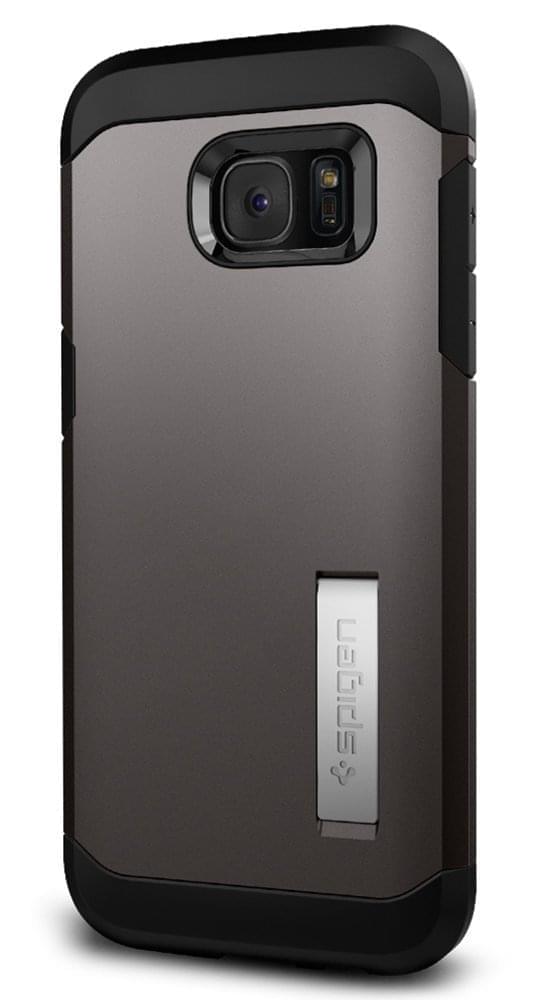 If you're a bit clumsy, the Spigen Tough Armor is a great case to grab. We're looking at two layers of protection here. There's a soft inner layer that will keep your device from getting scratched, and then there is a hard shell on the outside which will absorb impact, in case you were to drop the device. 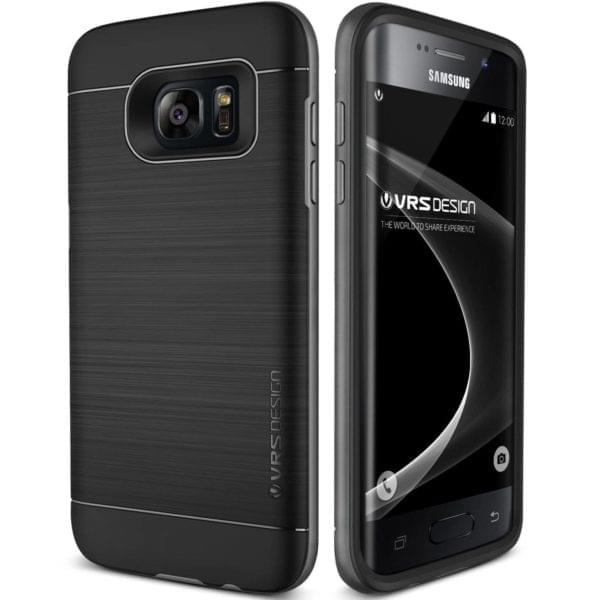 VRS Design has a slew of cases available for the Samsung Galaxy S7 Edge, and their High Pro Shield is perhaps one of the best looking ones available. This has a brushed metal looking back, which not only feels great in the hand, but looks amazing as well. The High Pro Shield does come in a slew of colors too, including black, rose gold, gold and silver. 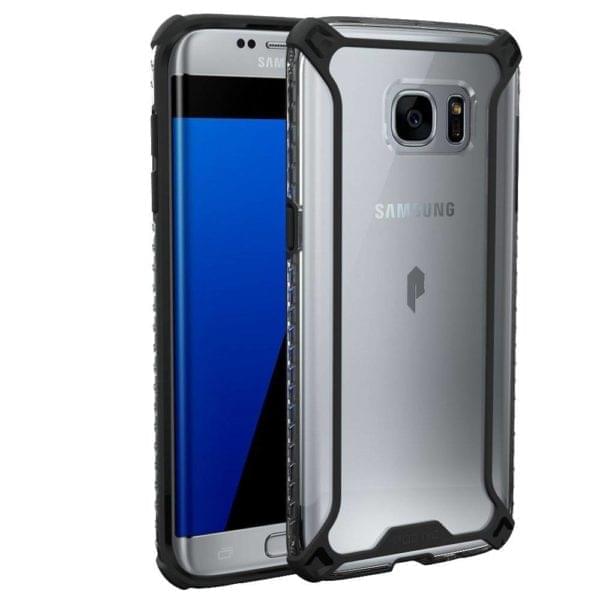 The Poetic Affinity Series is another popular line of cases that is also available for the Galaxy S7 Edge. Admittedly, this case isn't the best looking case around. But it exists to protect your Galaxy S7 Edge, and that is exactly what it does, and does it well. It protects all sides of your Galaxy S7 Edge, including the curved display. 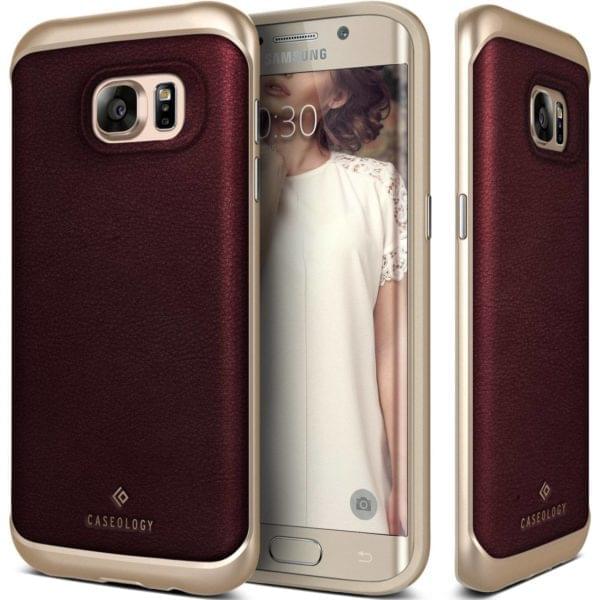 Caseology isn't the most popular case maker out there, but they do make some great cases, and they are definitely high quality. The Envoy Series comes in all sorts of colors and look amazing on the Galaxy S7 Edge. Not only will they protect your new device, but it will also make it look great. 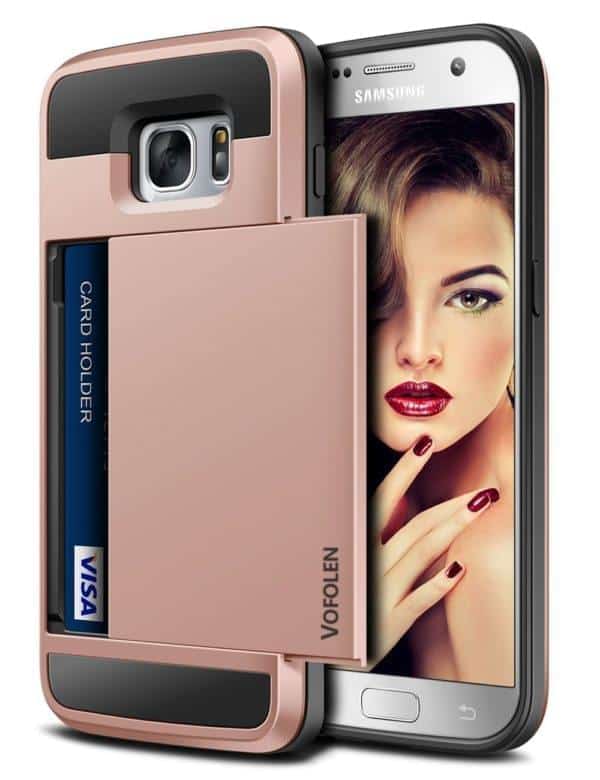 Not to fond of Samsung Pay? Well that doesn't mean you still need to bring your wallet. Instead, you can pick up this case from Vofolen and store a few cards in the wallet case. So you can head out the door with just your smartphone and still be able to pay for things – even if you're going to a place that doesn't accept Samsung Pay. 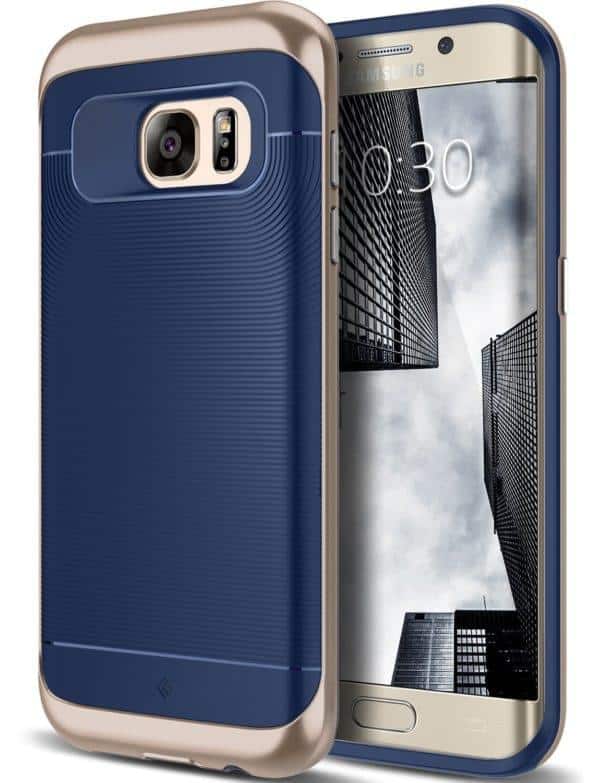 Caseology has another series of cases available for the Galaxy S7 Edge, and it's the Wavelength Series. Instead of being made with a leather backing, these cases have a wavey look on the back. This not only looks cool, but gives the slippery Galaxy S7 Edge some grip. Which is always important. 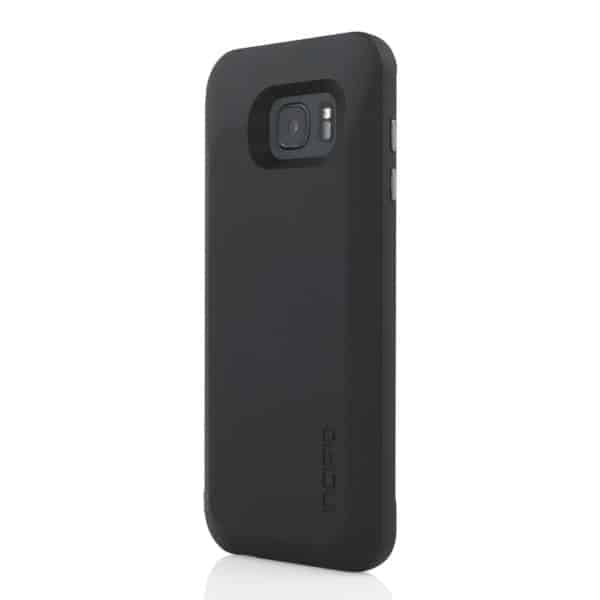 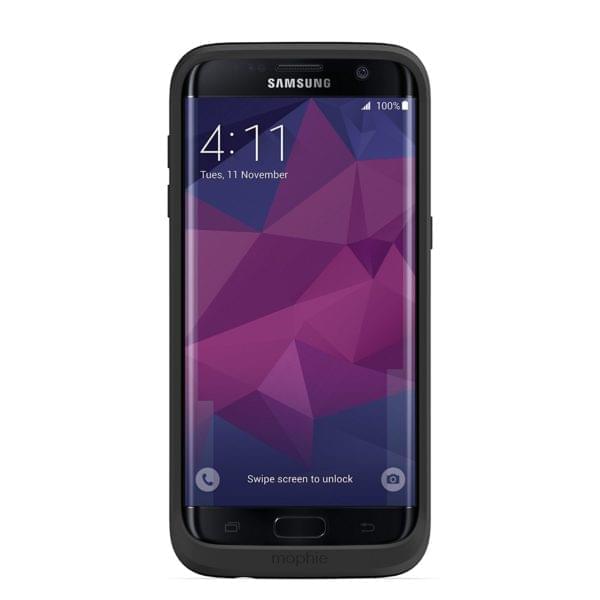 mophie has been a popular name among iPhone users, for their cases that include an extra battery to power up their device without needing to be tied to a charger. Now mophie has come to Android with the Galaxy S7 Edge. This case brings a 3300mAh battery along for the ride. So it won't be able to fully charge your smartphone, but it will give you a decent bump. 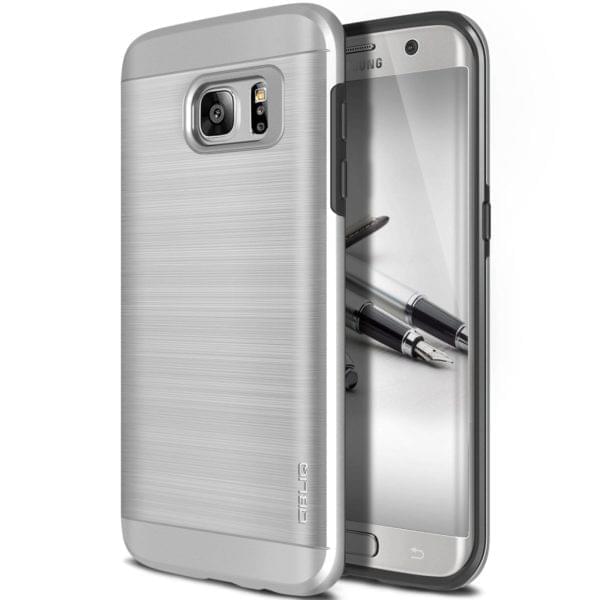 This case from OBLIQ looks a whole lot like the offering from VRS Design we showed earlier. But this is a titanium looking case, and as you can see, it looks amazing on the silver titanium Galaxy S7 Edge. It'll protect the sides and the back of the device as well. It also has holes for all of the important things like the charging port, speaker and the 3.5mm headphone jack. 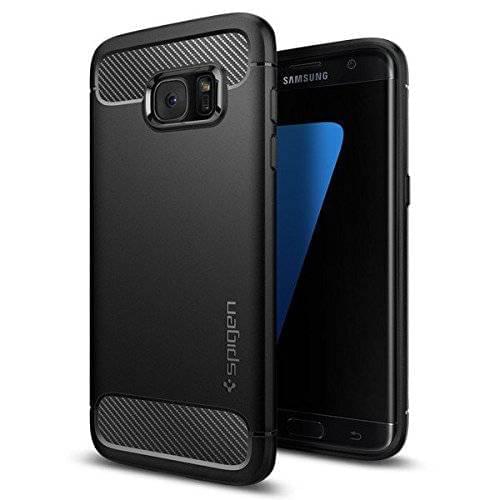 Here's another offering from Spigen, this is their Rugged Armor case and it's a great choice for your brand new Galaxy S7 Edge. This is a hard case that will protect it from drops, that will inevitably happen, unfortunately. It not only protects the Galaxy S7 Edge, but it looks great too.

Buy the Spigen Rugged Armor
Advertisement
Trusted By Millions
Independent, Expert Android News You Can Trust, Since 2010
Publishing More Android Than Anyone Else
29
Today
186
This Week
106
This Month
4093
This Year
105570
All Time
Advertisement