With Rogue One: A Star Wars Story hitting theaters today, it’s only fitting that many people will likely start to get into the spirit and hype themselves up for the release of the film by using Star Wars apps, or perhaps playing Star Wars games. With Star Wars being such a massive franchise, there are naturally loads of apps on the Play Store that follow the theme of the series. Here are ten Star Wars apps worth checking out. 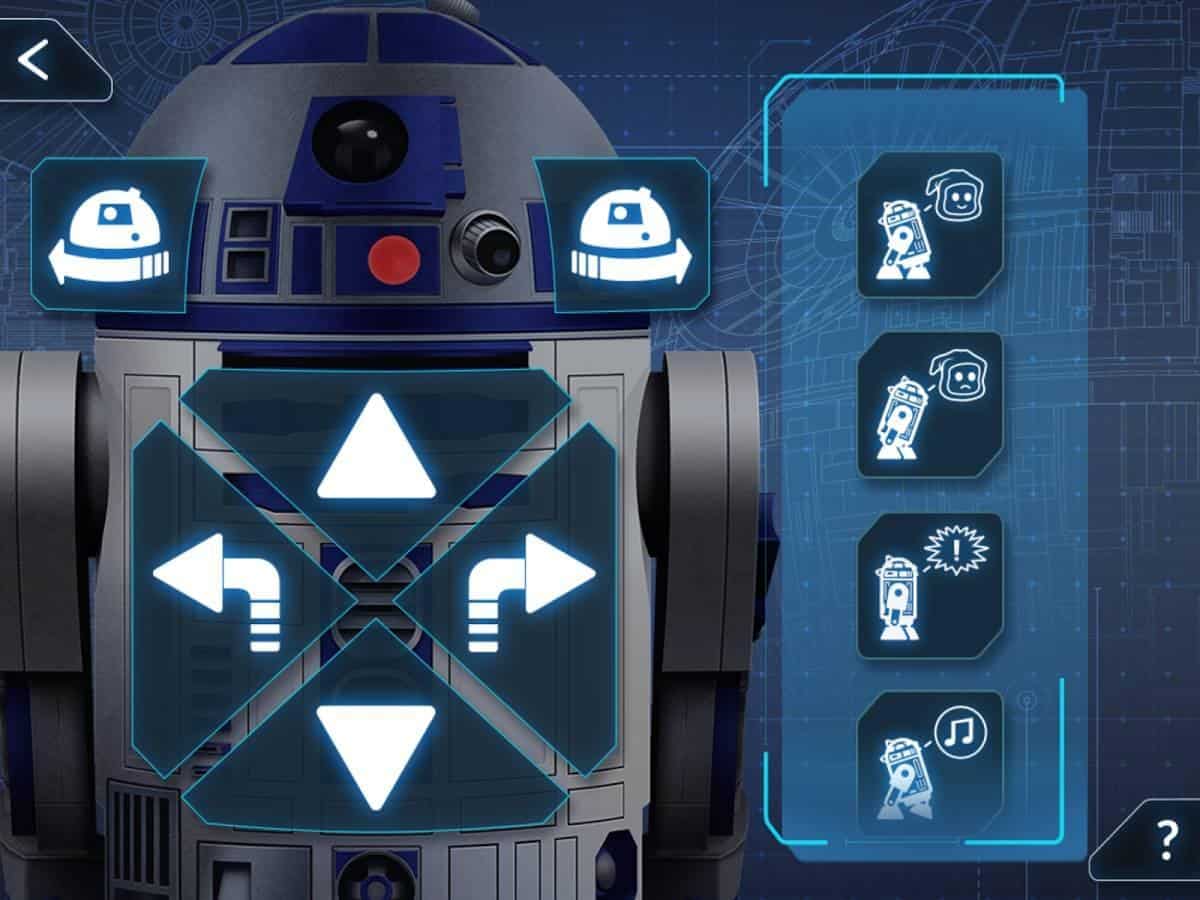 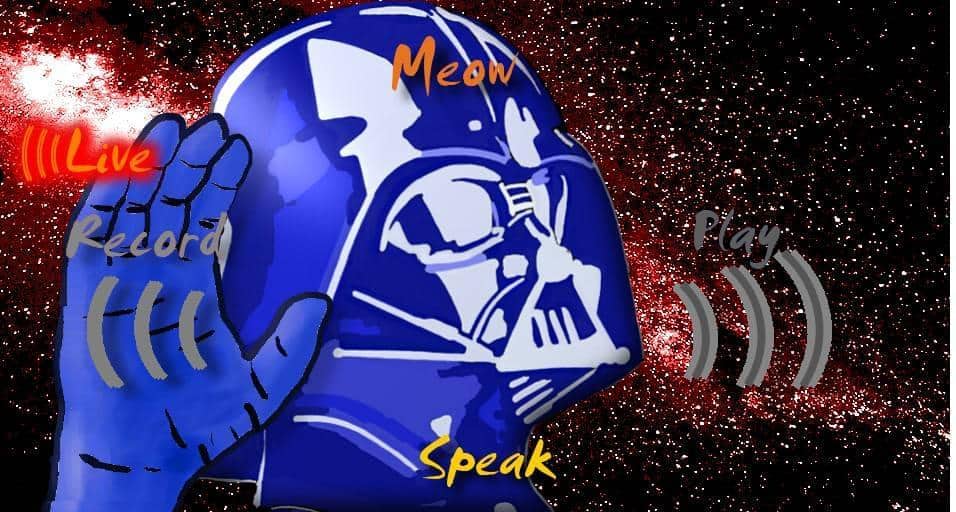 If you’re a Star Wars fan, you’ve most likely attempted your very best Darth Vader impression at some point in your lifetime. Now with this app you can have a little assistance. It actually changes your voice to sound like Darth Vader, and while it may not be more than a simple trick to impress your friends for a moment, it’s still a good bit of fun. 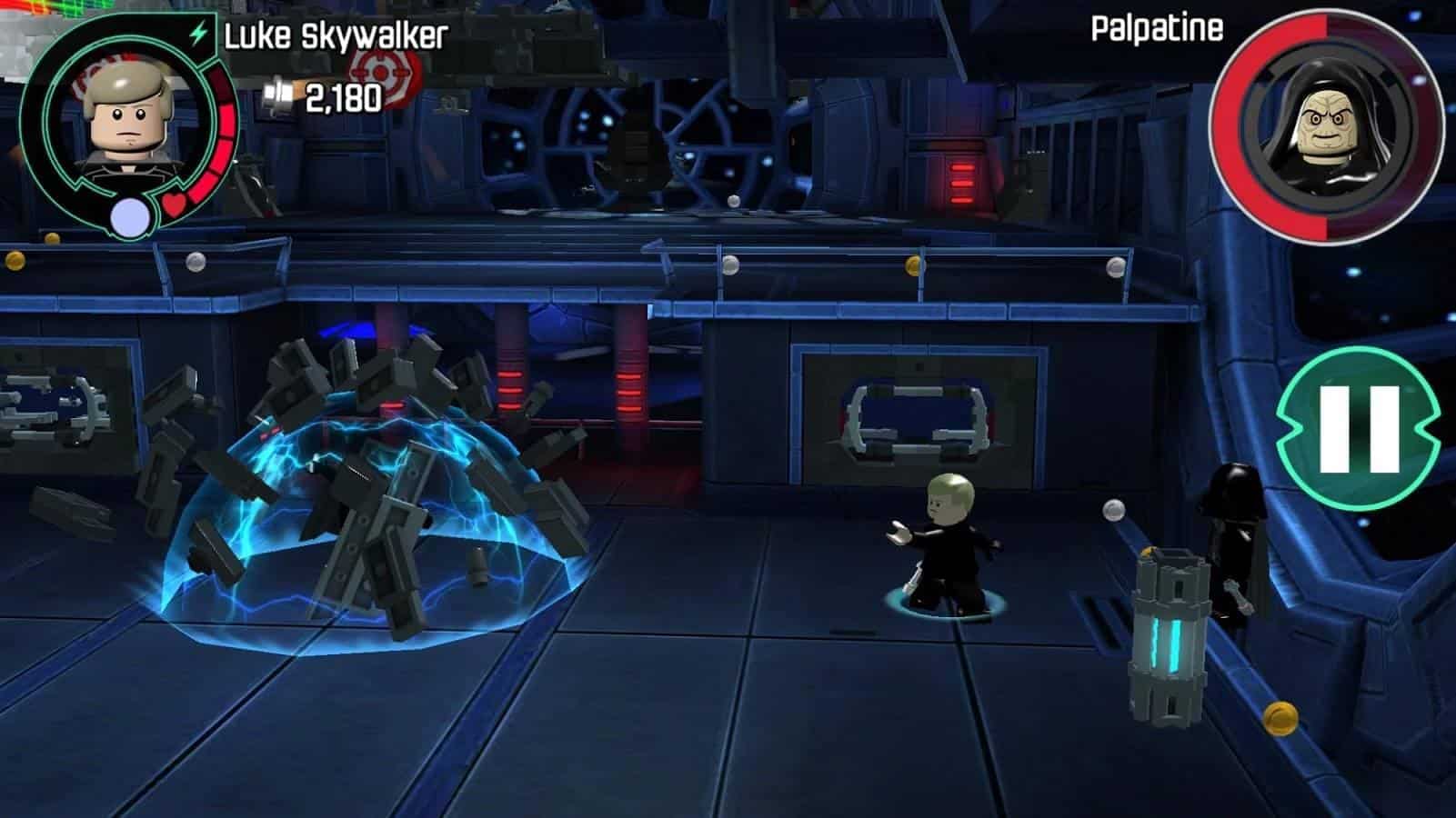 With this game you’ll get to experience all the fun of The Force Awakens in a kid-friendly LEGO form, which also makes it great for the kids, but still keeps it fun enough for the adults, too. You’ll get to fight in blaster battles against your enemies and even fly the Millennium Falcon. 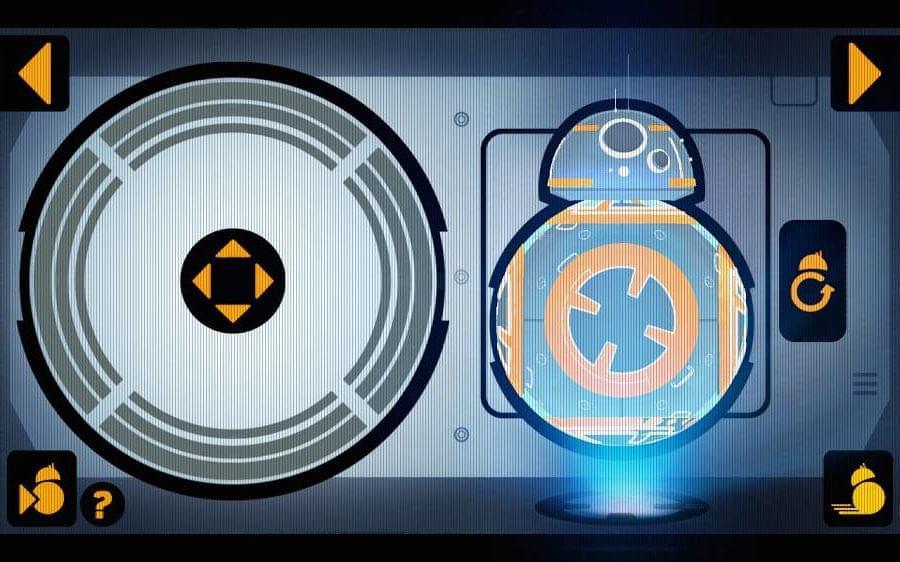 Much like the Smart R2-D2 app that kicked off this list, this app allows you to remotely control your Sphero BB-8 Droid robot. The app does allow for manual control of the Droid if you prefer to manage things, but if you feel comfortable enough to let your little BB-8 venture out on his own you can set him to patrol mode. Definitely a must have app if you have the Sphero BB-8 Droid. 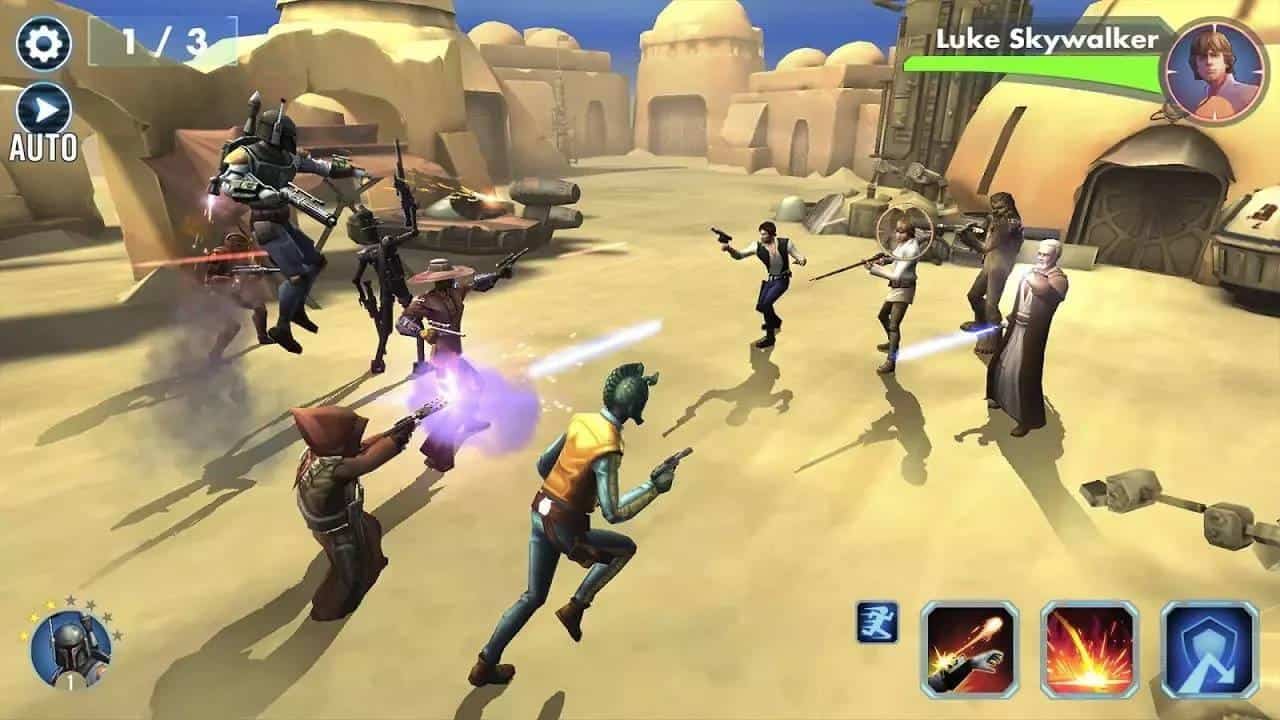 This is a role playing game, so you can expect lots of collecting different characters to build up your best teams to fight against your enemies. Of course like any RPG each character has their own special skills and attacks, and if you’re into boss battles, this has those too. 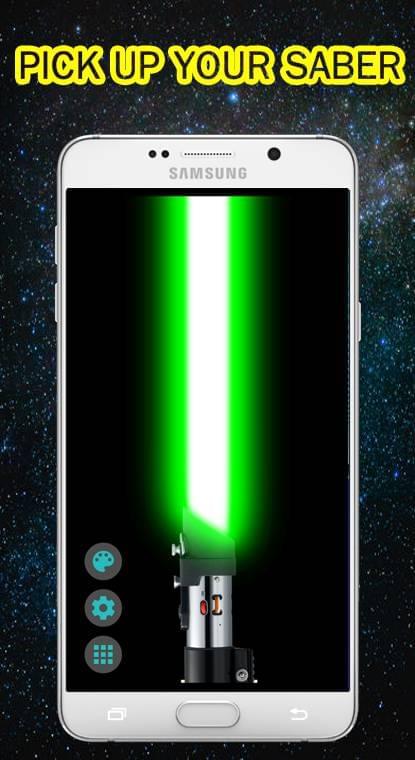 Not much more than a novelty, the Light Saber simulator app is still good fun if you enjoy geeking out once in a while with other like-minded Star Wars fans, and since you probably don’t own a real Light Saber, this may be the next best thing. You can alter the colors, and it makes sound effects based on your actions. 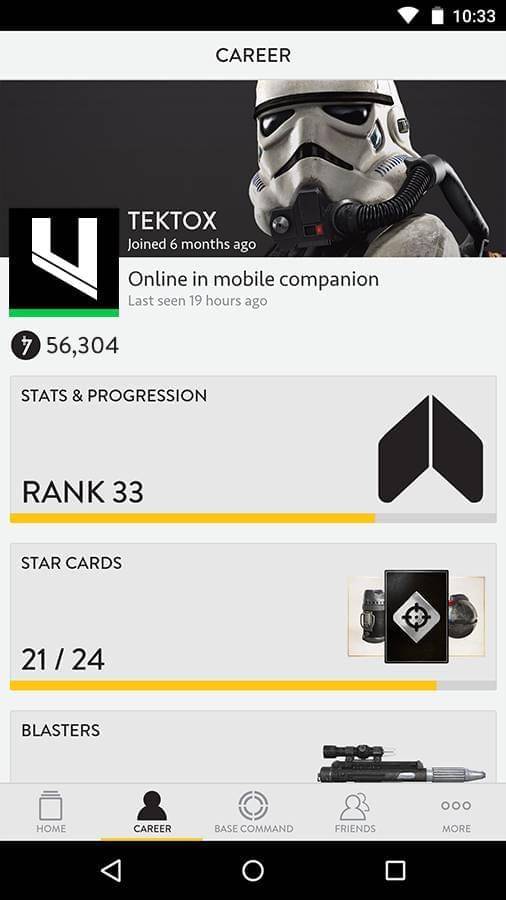 This is the companion app to the game Star Wars Battlefront. Similar to the likes of the Halo Channel and Destiny apps, here you can see stats on your character as well as achievements or accolades, your rank, view your online friends, and even play a Base Command game. While not a requirement if you play Star Wars Battlefront, it will certainly enhance the experience. 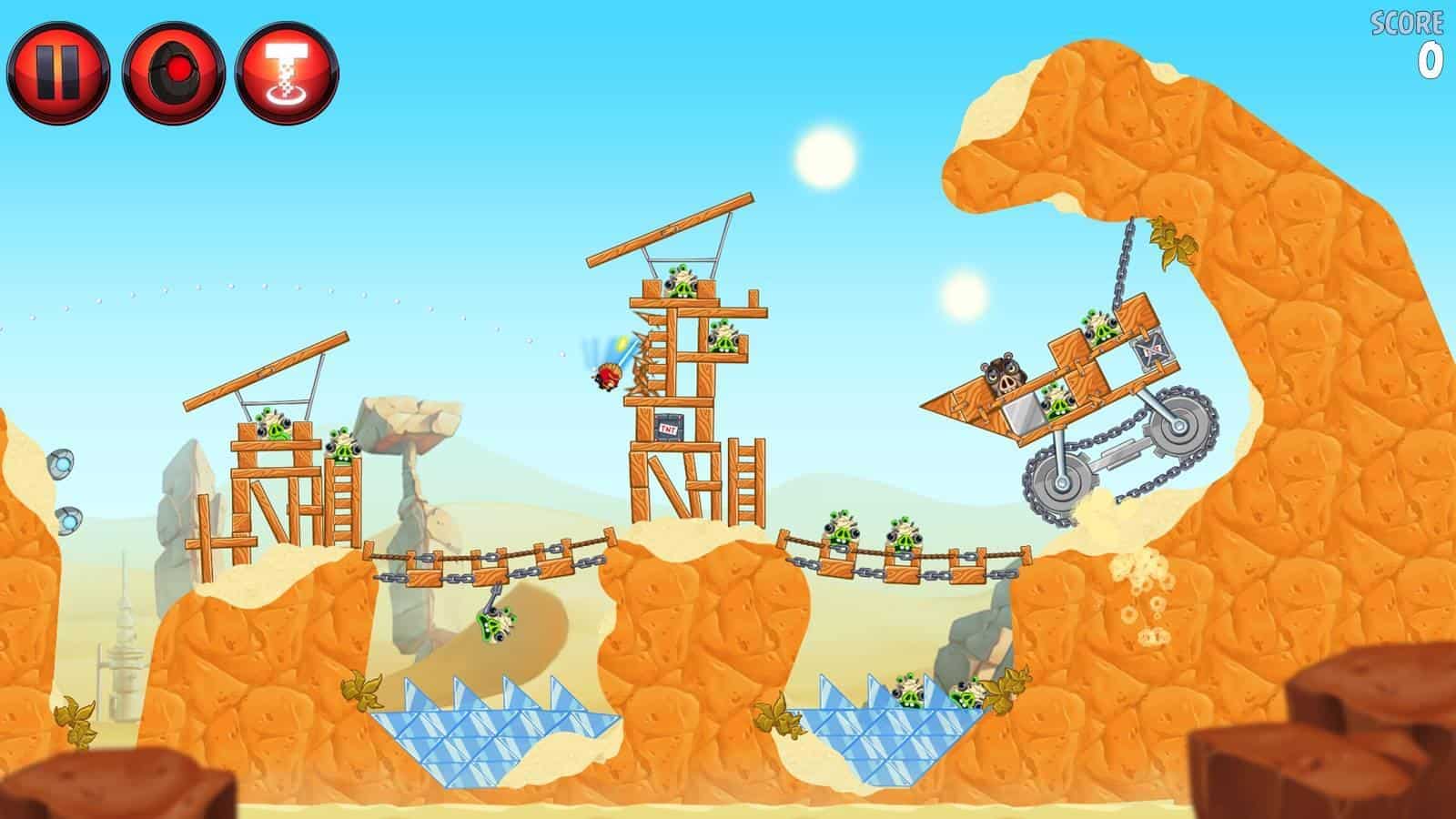 Angry Birds may not be the behemoth franchise that it used to be on the popular game scale, but there’s no denying that entries in the series of games such as this one here were some of the most fun. With Angry Birds Star Wars II you get all the familiar fun of the physics-based gameplay but with cool Star Wars themed abilities for your birds, and you can even play as the Light Side or the Dark Side (the Pork Side). 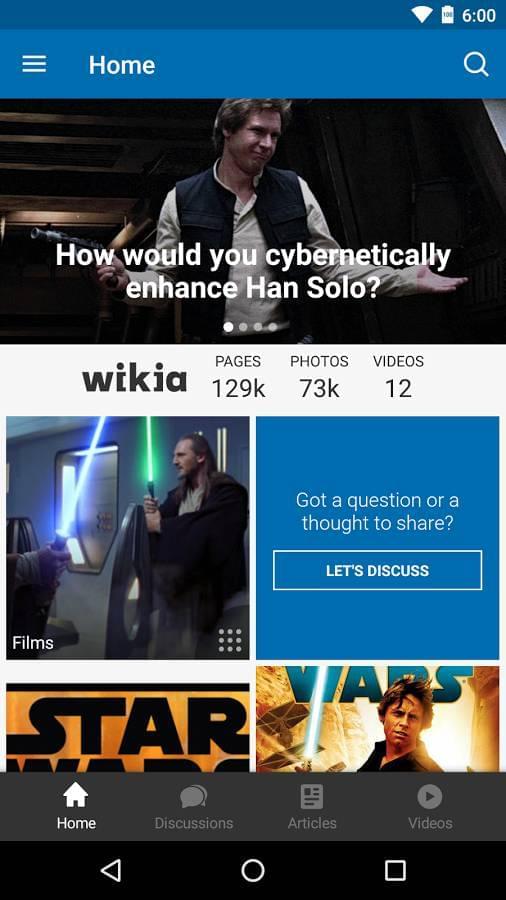 A must have app for any big fan of Star Wars. Pulling information from the wikia, this Fandom app offers up loads of details and back history on all the Star Wars films, a community for discussion with other fans, and everything is laid out in a nice material design theme. 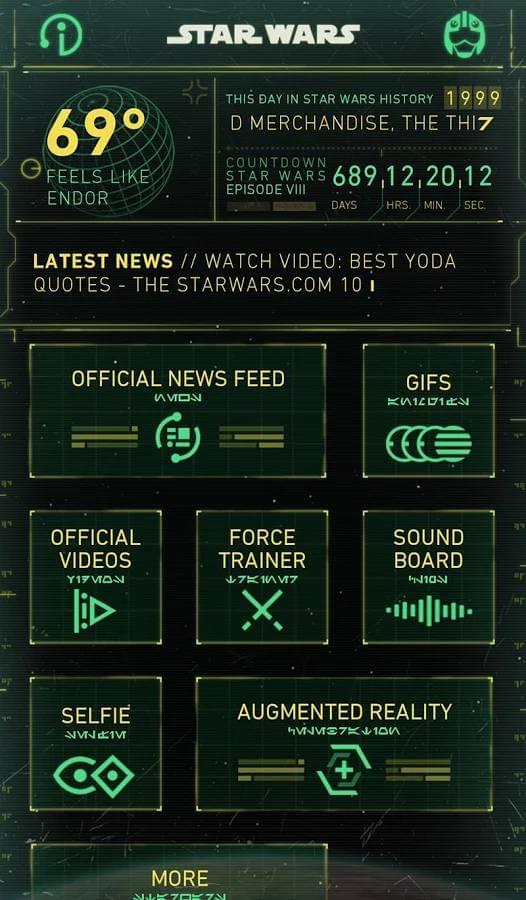 Last but not least is of course, the official Star Wars app. Here, you’ll be able to set up alerts to receive notifications on the latest and greatest Star Wars news, although you can also simply leave these alerts off and check up on the news within the app yourself and at your leisure. The app also contains loads of other fun stuff, like Star Wars themed GIFs and emoji, and a cool little Force Trainer game.