It’s the last time we’re going to take a look at the latest Android Wear apps and watch faces in 2016, and while it’s clear that the majority of app developers are waiting for Android Wear 2.0 there are still some excellent apps and watch faces releasing before 2016 is over and done with. Of course there are going to be some fun Christmas watch faces in this edition, but there are also some fun apps that people are experimenting with, too. So, without further ado let’s take a look at what the year is leaving us with, shall we? 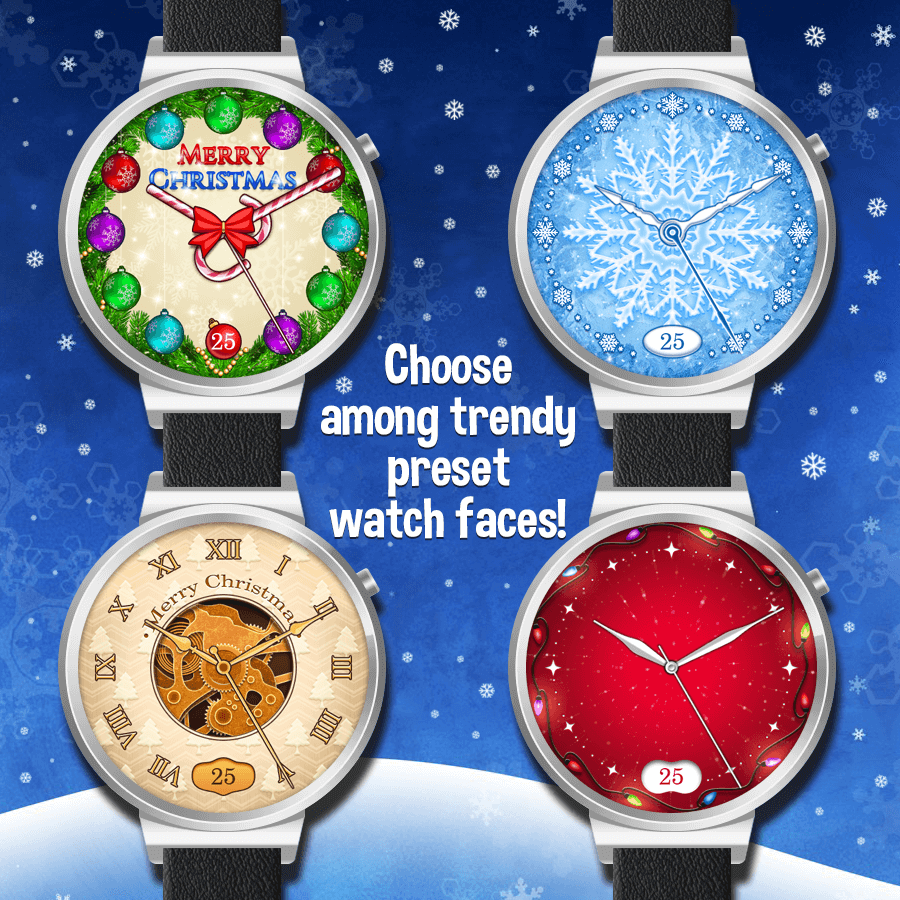 While the name of the app itself might not be that clean, the app itself has a lot to offer. For those that are big on Christmas, this is an app that will provide you with a number of different Christmas watch faces to experiment with on your wrist. There’s a selection of different watch faces here that span from being Santa-fied to being pretty tasteful overall, and it also supports square watches just as it does round watches, too. 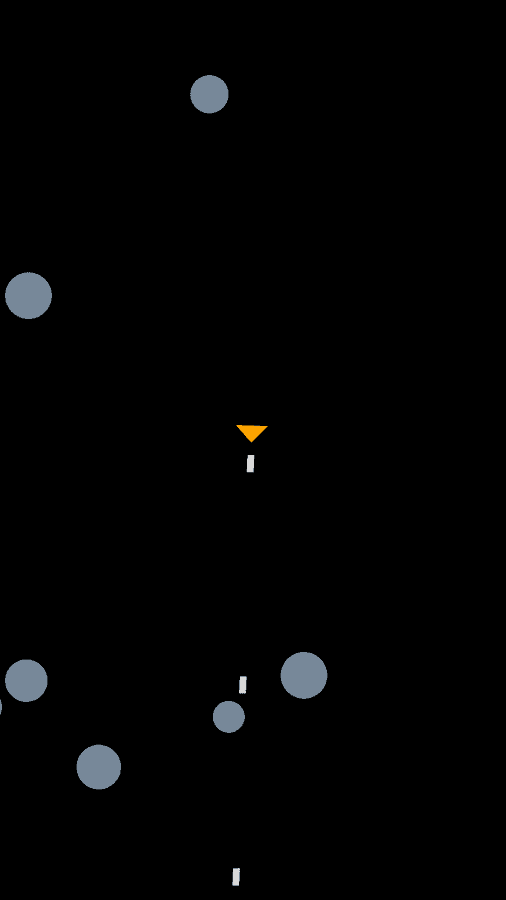 This is a sort of experiment for Android Wear users, as it makes good use of the extra sensors on your wrist as well as the extra touchscreen. In a nutshell, this is a sort of Asteroids game for Android, with an Android Wear element that offers users a way of controlling their spaceship from their wrist as well as firing at the obstacles in their way. It might not be the best-looking Android game, but it’s a fun proof of concept and worth checking out if you were thinking that something similar could be done on Android Wear, too. 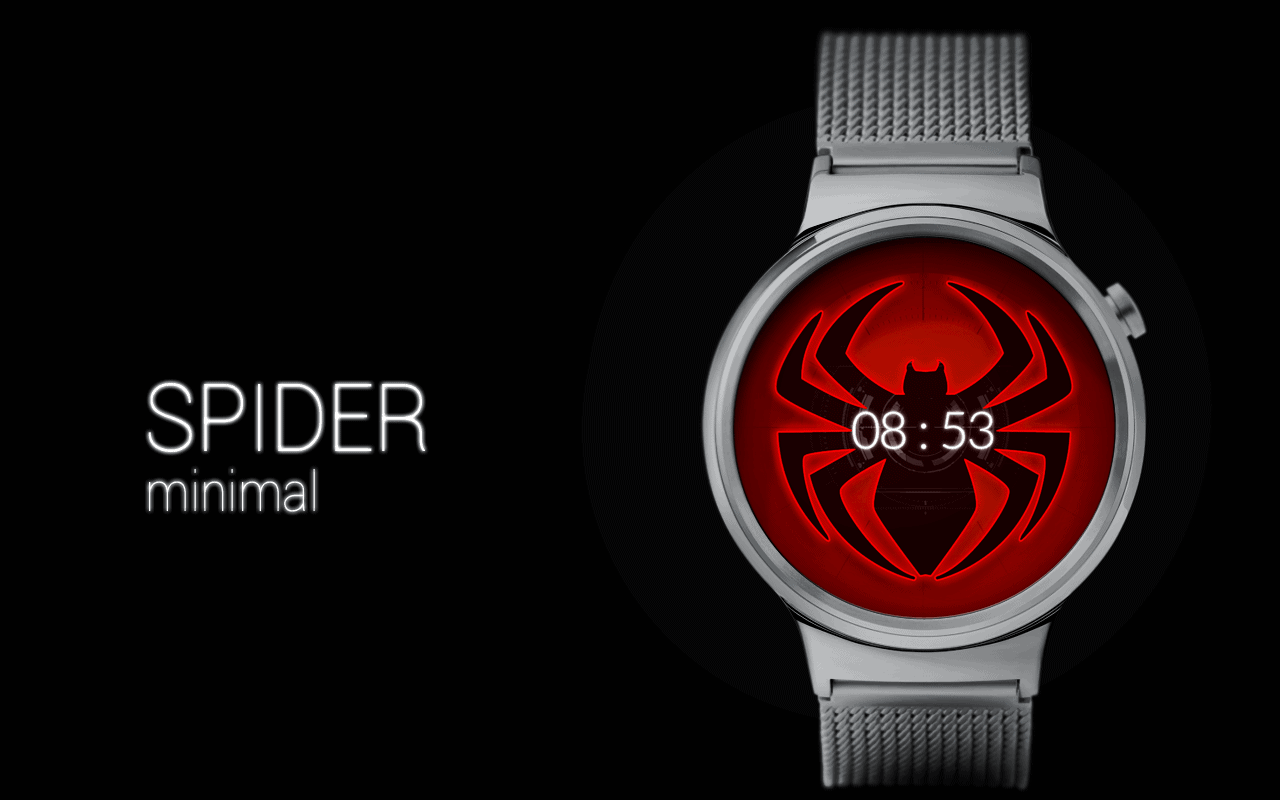 For comic book fans, there’s a new Spider-Man film hitting theaters next year – complete with Iron Man, too – and while we have to wait until next Summer to see said film, it’s never too soon to start getting hyped. And what better way than with a quality watch face from a key Android developer that knows how to make good-looking stuff? SPIDER is a watch face that looks good, has a lot of different settings to choose from, and is altogether one of the better watch faces in this list, and is up to the same sort of standard as other watch faces from tha PHLASH. 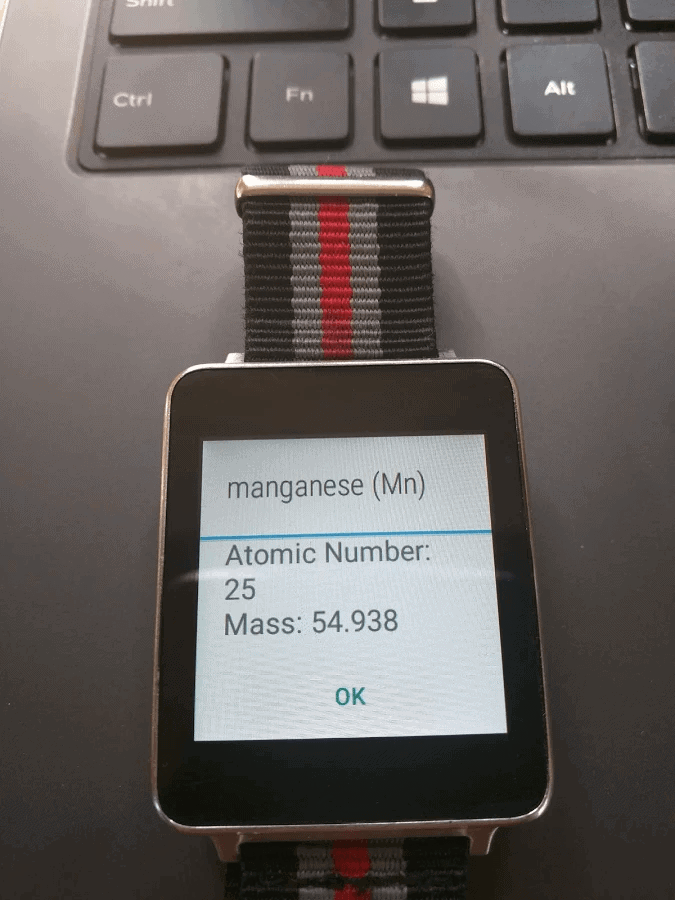 While it’s unclear as to whether or not this is a final product, it’s an interesting app nonetheless. It does exactly what you think it does, and puts the Periodic Table of Elements on your wrist for easy look up of certain elements and such. Perfect for those taking a science course of some kind, this is a great little app that has a lot going for it. There’s no denying that it needs some extra polish and such, but it’s easily one of the more useful Android Wear apps out there, and will be a great thing to show off in class – so long as it’s not considered cheating, of course. 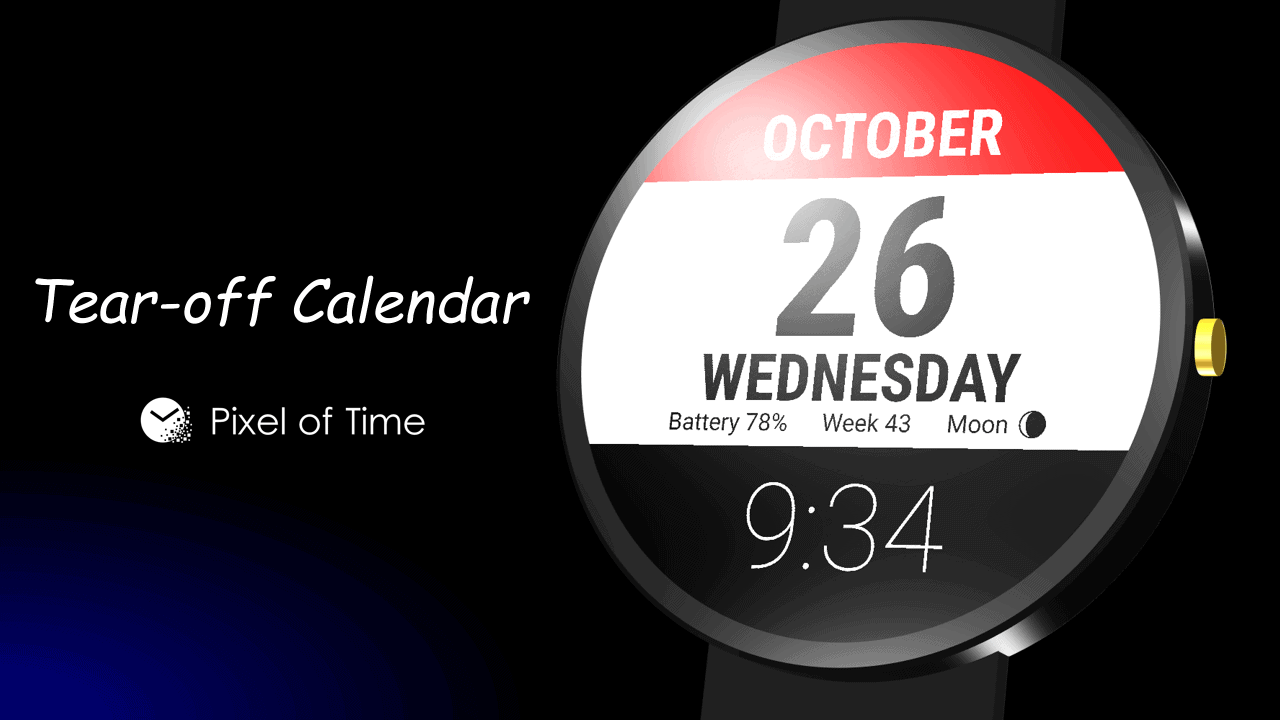 The classic tear-off calendar is something a lot of office workers will be used to, and now its comforting look and feel is something you can get on your Android Wear watch with this app. This is the sort of thing that might not appeal to everyone, but it’s a fun and functional watch face that makes finding out what the date is super-easy. After all, that is one of the main reasons we wear watches these days, right? 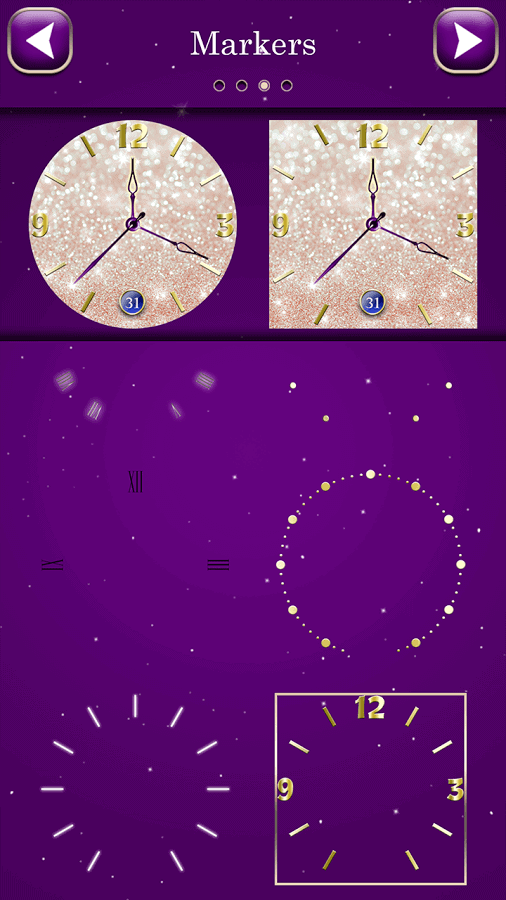 While not strictly a Christmas app, this is the sort of good-looking watch face that would look good on the wrist when worn to a Christmas party or something similar, and it should also appeal to the more feminine users out there. Altogether, there’s a good selection of different base designs here, and from there users can go ahead and customize things further. From a new and upcoming Android Wear developer, this is fun little watch app, and a nice one to go with a gold or metal watch, too. 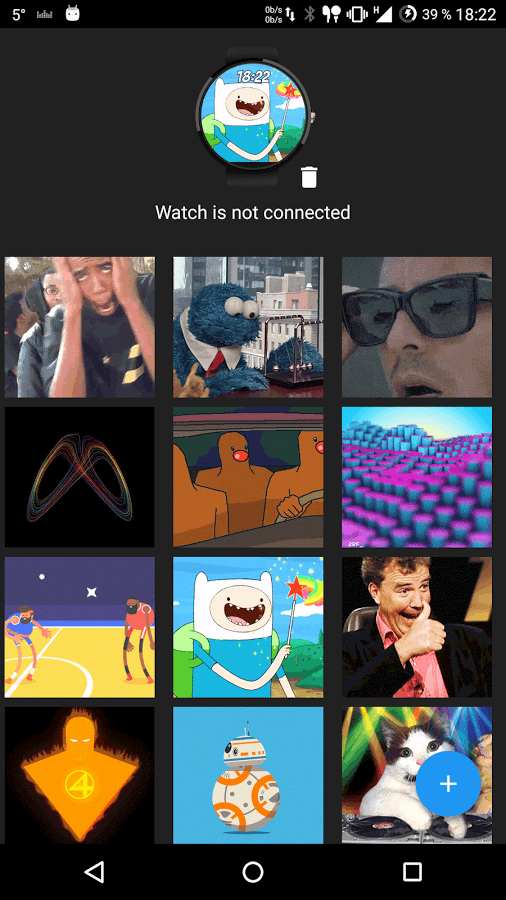 It appears that these days, on the web, there are few things out there that are as sought after as GIFs. As such, this is an app that brings the joy of the animated GIF to your watch, and it’s something that will appeal to all kinds of users, especially those on imgur. This will allow users to make a small video of something and have it converted or simply go ahead and choose from an already-existing GIF on your phone. Then, when you wake your watch up, the GIF will run along with the current time. Not all that practical, but a hell of a lot of fun.

Just A Weather Radar For Wear 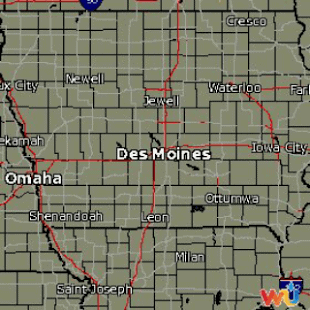 With a name like that, there’s no forgiving anyone that doesn’t get what this app is about. Simple name aside, the app does what it promises to do and provides users with a way of looking at a weather radar on their wrist. Not everyone will want to do this of course, but it’s interesting to be able to see what sort of weather front you’ll be experiencing near you. The developer is hard at work on an animated radar, too, which will no doubt improve things for keen meteorologists in the future. 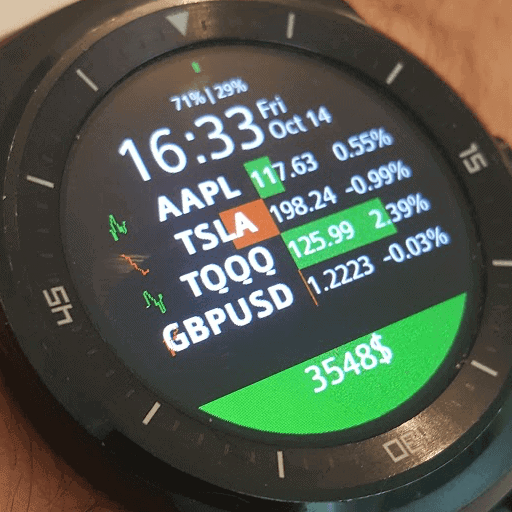 Ever wondered what that stock of yours was doing at that very moment? Well, with QuoteFace, you can find out with a simple flick of your wrist. By choosing the stocks you which to follow, QuoteFace will give you quick and simple updates on their progress from the watch face itself. It works with currencies as well, and will be a great watch face for reporters as well as those that are looking to grab a good deal on some stock no matter where and when they are. 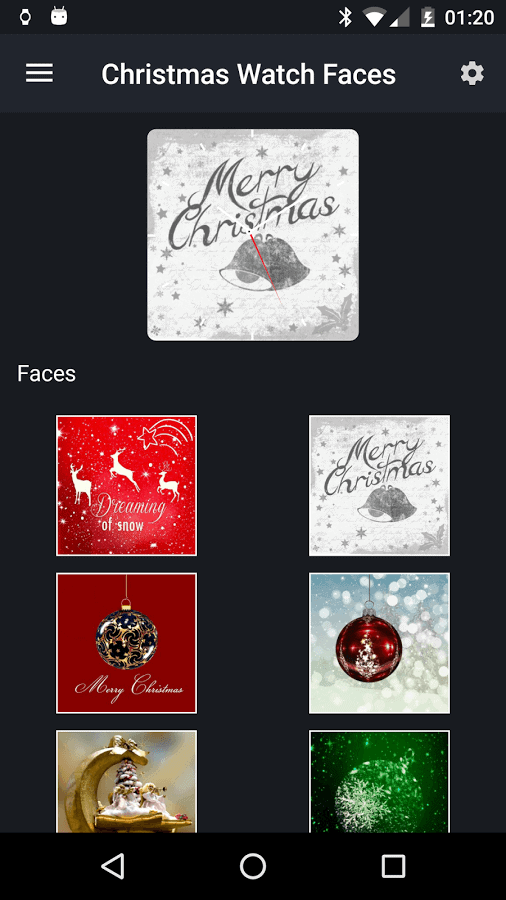 Another Christmas addition to our list, this one is more of a DIY affair, and allows users to mix and match certain elements together to end up with their ideal Christmas watch face. Whether that means traditional and tasteful or something a little more out there. Regardless, it’s all available to play around with here, and it all looks good, too.