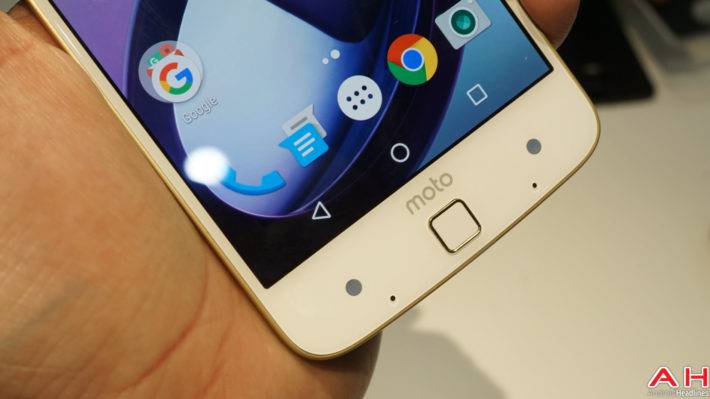 The Moto Z seems to have it all. It's powerful, stylish, has a great screen, and even has a Force variant that's just a bit thicker, but far more durable than the average smartphone. Despite this, the Moto Z lineup seems doomed to sit in the shadow of the Pixel family and the widely, massively advertised Samsung Galaxy lineup. This is due in part to its US carrier presence being limited to Verizon, but the fact that Lenovo's Motorola is embracing the budget world and swamping us in new smartphone models is probably at least a little to blame. Let's not forget that the Moto Z's main differentiating feature, modularity, was already done by the LG G5, even if didn't receive the desired attention and praise from consumers that LG was hoping for. Another small part of that was the killer app for the Pixel family on launch, Daydream. Google's new VR system is in its infancy, but sports heavy device requirements and a very high-quality first headset, making its promise to bridge the gap between mobile and PC-based VR feel pretty plausible.

As of the Nougat update, the Moto Z and Moto Z Force, including the Verizon-exclusive Droid versions, are now Daydream compatible. This isn't the same as being Daydream ready, like the Pixels; Daydream content is usable, but the experience may not quite match up to a Daydream ready device for one reason or another, be it the absence of a sensor that would make head tracking better or the display not quite being up to snuff. In any case, Moto Z owners can at least get a taste of Daydream. On the same note, it was recently revealed that the resources are there and there are people looking into making a module for the Moto Z to enable Google's Tango augmented reality system. Currently only seen on the Lenovo Phab2 Pro, Tango brings the real and virtual worlds together using special sensors and cameras; just the sort of hardware that could be put into a MotoMod. This means that consumers would not have to choose; they could have all the real-world fun and usefulness of Tango, along with the best of mobile VR in Daydream. The Moto Z would be the first device to boast this capability, and may well inspire others to have both features on board, or even make it the gold standard, if a big name in smartphone manufacturing jumps on board, or if Google is on board with the idea.

Google seems to have their own idea of how a device should support both Tango and Daydream, however; according to Google, they want to eventually integrate the two. This would put mobile VR on the map by allowing total freedom and immersion. You could walk around your living room, converted into a creepy shed, and blast zombies without having to worry about stepping on the cat or tripping over the couch. You could strap your phone to your face and see a HUD with destinations highlighted in the distance. The biggest problem with all of that right now is the fact that both standards are incredible hardware intensive, and no phone on the market right now, not even the powerful Pixel family, can handle them running on top of one another. The upcoming Qualcomm Snapdragon 835 could solve this, paired up with some internal and external design changes to accommodate the incredible amount of heat and energy being generated, but there's no way to know for sure until the rumored processor actually hits the streets. In any case, with Project Ara dead and a spiritual successor in the earliest of early stages, the LG G5's failure means that the Moto Z is carrying the mobile modularity flag at the moment, so some clever Moto Mods may just come along and kickstart the revolution.