Smartphones have come a long way in many respects since the early days of Android and the original Motorola Droid, but there’s one area that all smartphones have got better in, and that’s of course cameras. Smartphone photography has come a hell of a long way, and there’s little arguing to be had with that. The recent launch of the Pixel and Pixel XL has shown just how good a smartphone camera can be, and while the Moto Z on its own might not be that good a camera phone, it does have a special trick up its sleeve. As many will know, the Moto Z line of devices are modular, with Moto Mods allowing extra functionality to be added or removed, with the changing of the back cover. Since launch, these Moto Mods have included things such as battery packs, speakers and even a projector. For Sports Illustrated, however, it was the Hasselblad Moto Mod they were most interested in.

The December 5th issue of Sports Illustrated, which appears to be all about Dwayne Johnson, features a front cover that was taken with the Moto Z and a Hasselblad True Zoom Moto Mod. Of course, there will have been infinite lighting on hand to make sure everything is up to standard, but this is a big deal nonetheless. Taken by photographer Mike LeBrecht back in November in Beverly Hills, the image is of Johnson in a studio setup in what appears to be an old studio set in Hollywood looking lavish. It’s a quality photo, but then just because something was taken with a smartphone camera, doesn’t mean that image was the final product. As is so often the case with photos in the magazine industry, this image of Johnson probably went through all kinds of post-processing and editing to make it look its best.

Regardless of whether or not the idea of a Moto Z and Hasselblad Moto Mod being using to take this image interests you, it’s hard not to like Johnson, and the whole article – sourced down below – from Sports Illustrated is well worth a read. With traditional cameras becoming a rarity among the average user, thanks to smartphone cameras being more than good enough, it’s possible this will bleed into the magazine industry. 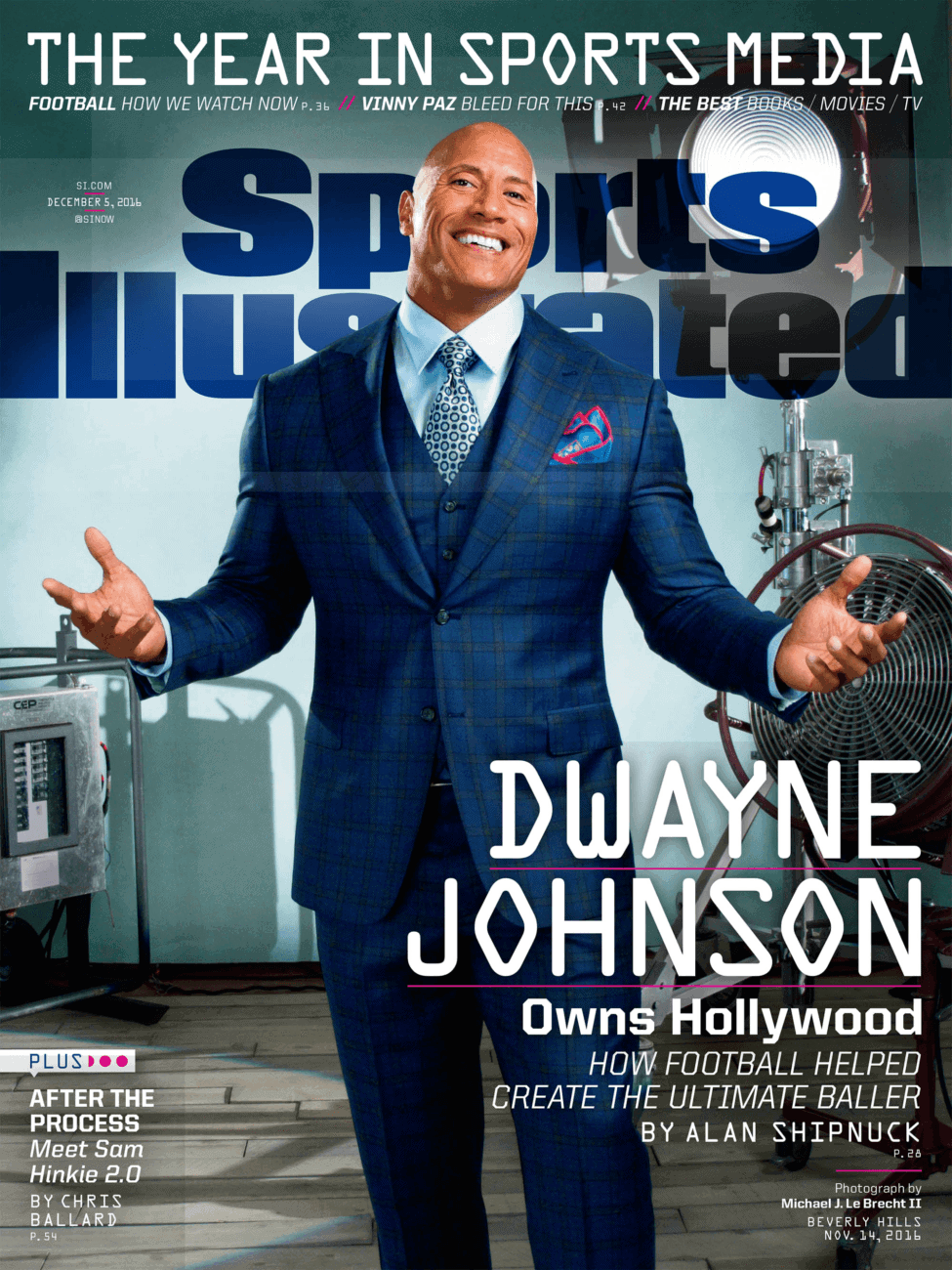