Live Football is an Android app that promises to be the quickest and most comprehensive football and soccer scores app available. It runs beautifully, covers over a thousand different football leagues from all over the world, and even provides fans with tips on who’s going to win. These tips are put together by pooling all the different votes from the community, and offer a clear cut win, draw or lose tip for those that like to make a bet or two while watching their favorite teams on the pitch. Live Football covers the Premier League and all other leagues in the UK, it covers Major League Soccer in the States, the big leagues from Europe and all other leagues from further afield all over the world. Live Football allows users to favorite these leagues as well as their favorite teams to get push notifications about the leagues and teams, and everything is customizable and very granular, all the way down to the sort of notifications you get. The app will let you know of goals scored, when a game has started and a whole lot more besides. A comprehensive Android app for soccer fans all over the world, let’s take a closer look.

A free app to download and use, users can download Live Football from the Play Store to get started, and when they first launch the app, they’ll be taken to the main scores page for the current day. 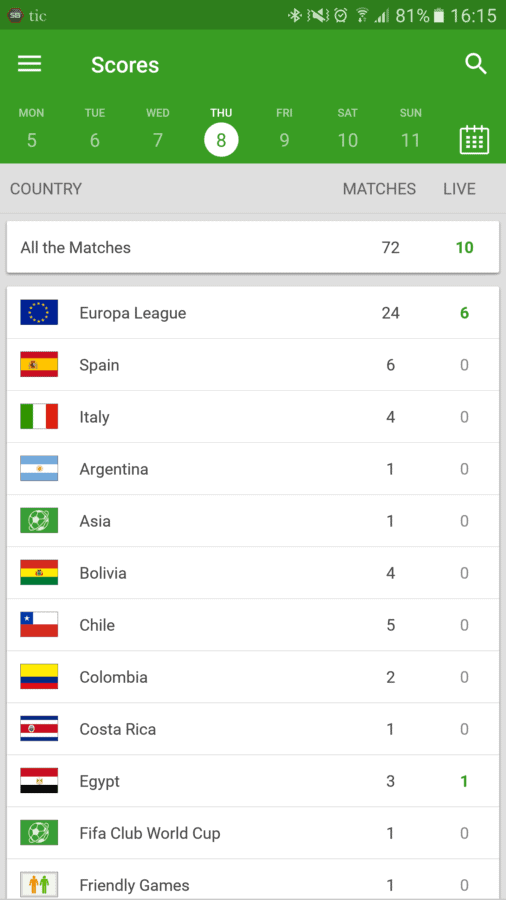 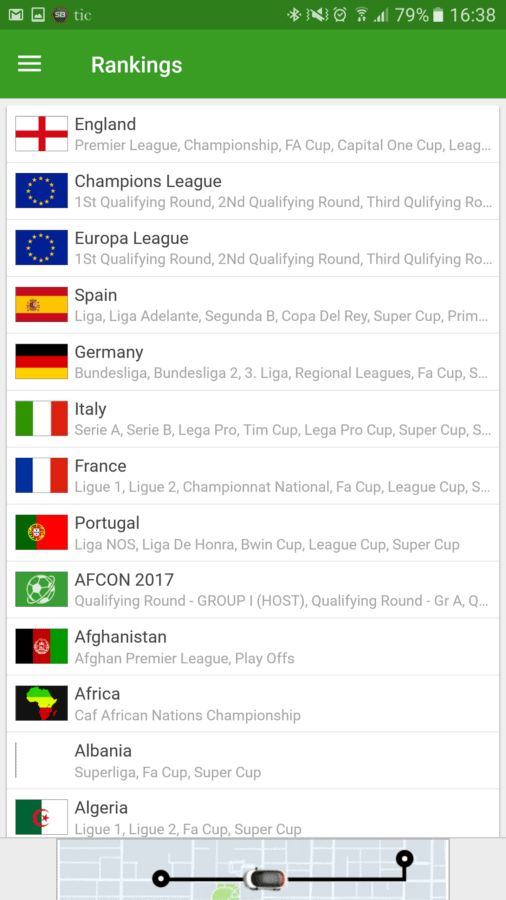 When a user chooses a country, they can then choose the right league they want to see a table for, and they can also hit the star button to add this particular league to their favorites. This is a feature that works throughout the app, and will be very handy for those with a lot of teams and leagues they’re interested in. 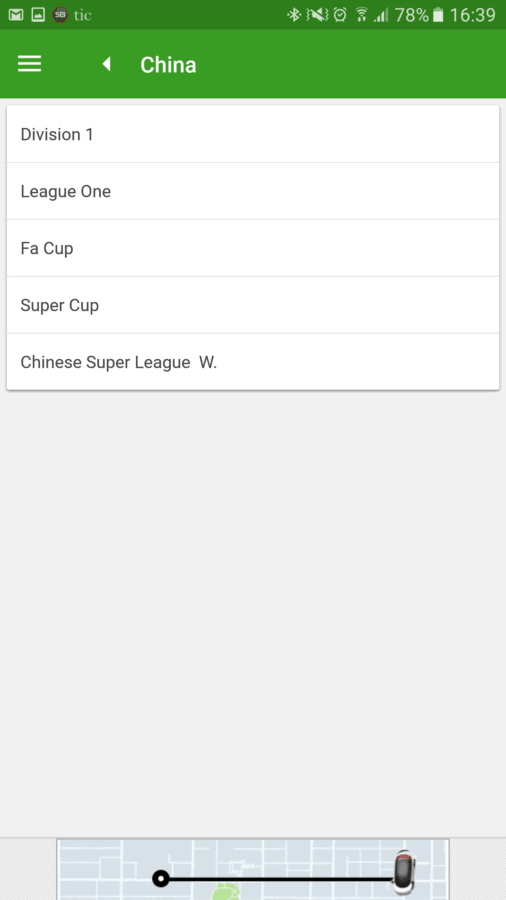 Let’s say, for instance, that you’re a big fan of Spanish football, you can quite easily go ahead and take a look at the scores from matches in the Spanish leagues from that day. No matter which country or league you’re looking at, the UI is always consistent, and there is never any nasty surprises or anything like that. 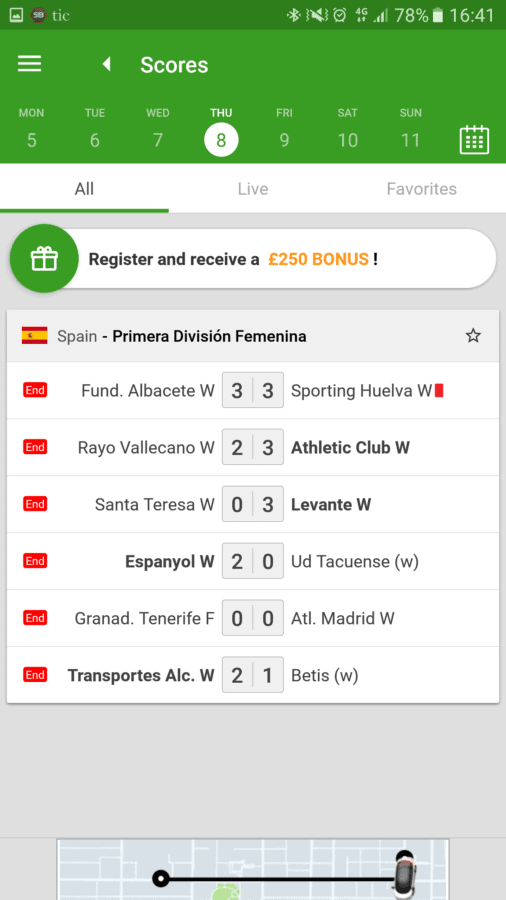 Clicking on a match will of course bring up more information about the teams that have been playing, and we can again see the favorite options on either side of the match, giving users a quick and easy way to take advantage of this feature. 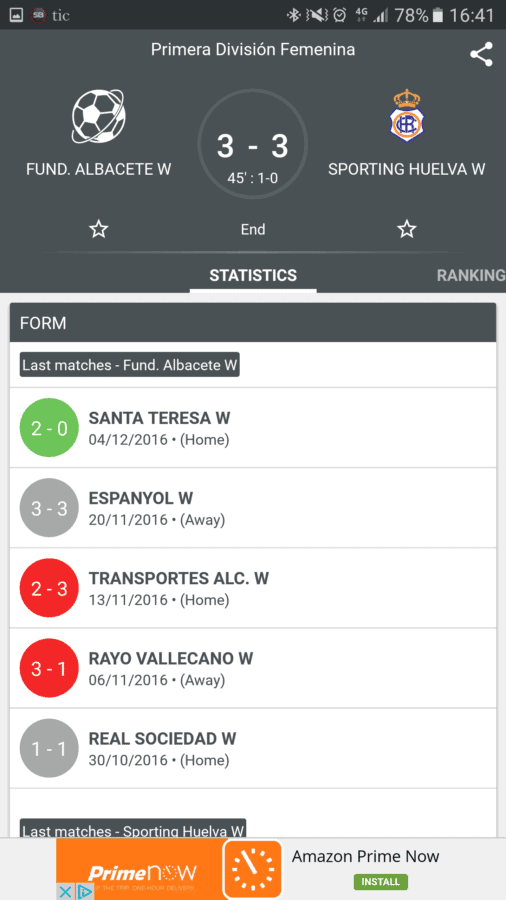 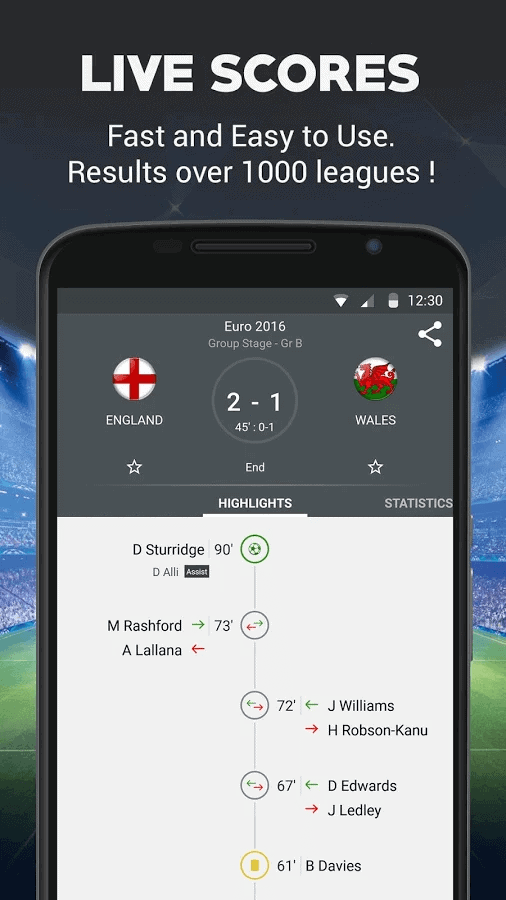 Along with these live updates comes, of course, notifications and Live Football is one of the best apps out there to offer such content. It’s super-easy to stay in touch with what’s happening on the pitch with Live Football, regardless of where you are, and this is clearly one of the headlining features of Live Football and a reason alone to download and try out the app. 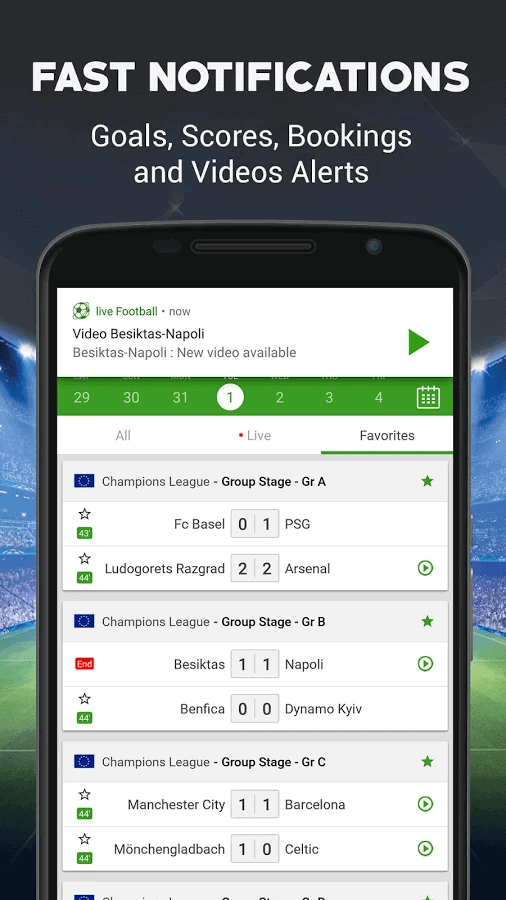 Notifications such as these are often something that will please one group of user, and then annoy another group. As such, Live Football includes clear cut and easy to change settings that allow users to properly tailor things to their liking. I, personally, enjoyed this addition as there are too few apps that don’t give enough control to users like this. 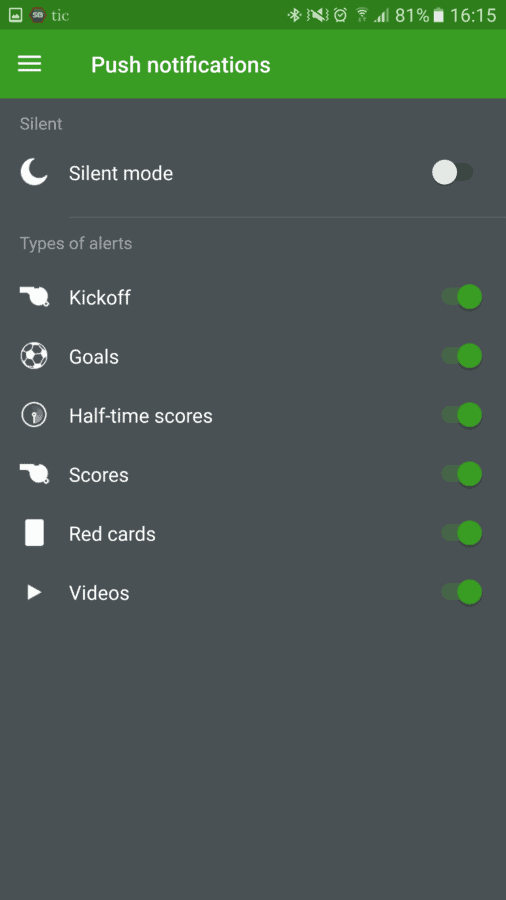 There’s even a “Do Not Disturb” option included here, which is something that a lot of users will really appreciate, especially when they don’t want to know what’s happening until they get home to catch the highlights and such. On top of this, there are options to control how frequently the app updates, too. This even comes with a sort of heads-up to those looking to load up on information, letting them know that it might be difficult to stay in control of things if they turn the frequency up too high. 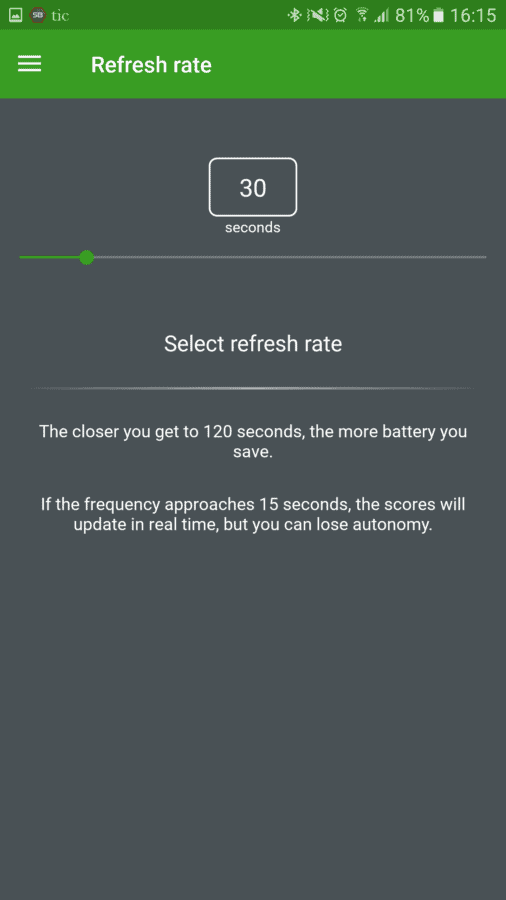 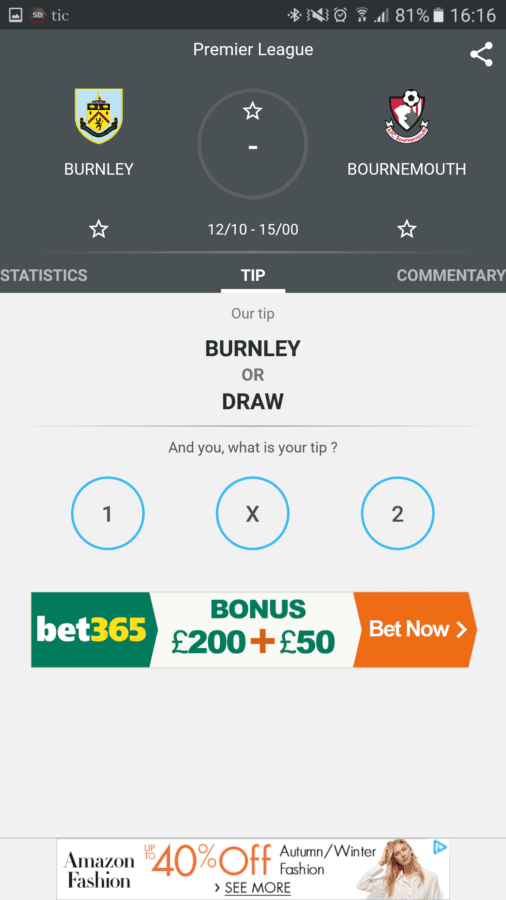 These tips offer users a clear win, draw or lose tip and users can themselves vote their opinion, although depending on which match you’re looking at, there be more or fewer people voting with a tip that’s all that useful. 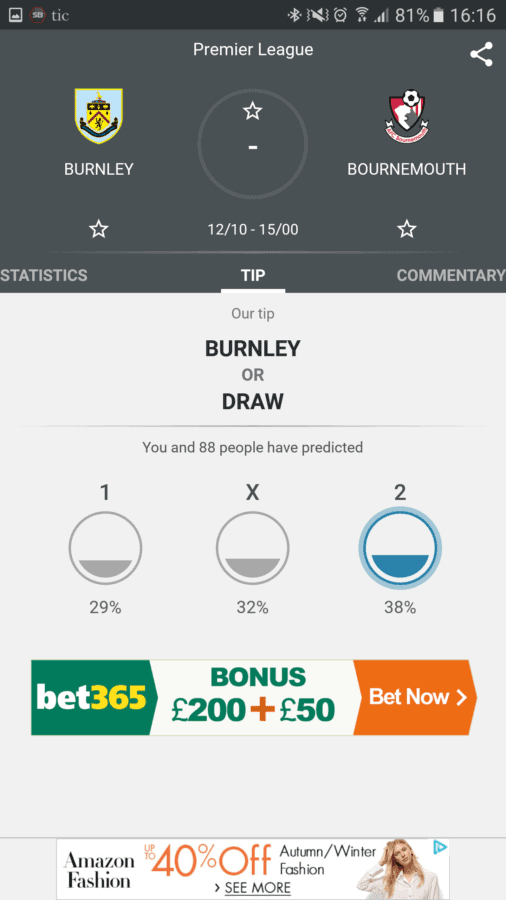 Live Football is an app that has a hell of a lot on offer for soccer and football fans. What’s so compelling about the app is not so much the fact that Bet365 is offering such a large bonus for users, but because it’s a comprehensive offering for those that need to be kept in the loop. We’re all busy these days, and we can’t possibly tune in to every match, sometimes it’s a struggle just to catch matches from our favorite teams, let alone keep up with the rest of the games that are on. That’s why Live Football is so compelling, with all of the notification options, as well as the calendar feature, it makes keeping an eye on things easier than any other app out there does. The app does a great job of making sure users don’t fall behind when looking up their favorite teams and how they’re doing, and with a consistent UI and a super-useful favorites feature, there’s so much on offer here that it would be a wonder if there were users out there that didn’t like Live Football, given everything that it does.

All-in-all, there’s a lot to like about Live Football, and it’s the sort of app that will appeal to a great many users, all over the world. The ability to control notifications in such a granular method as this is really great, and all the other features come together to create one of the most comprehensive football apps on Android right now. It looks good, is completely free to use, and doesn’t take long to get to grips with, either.