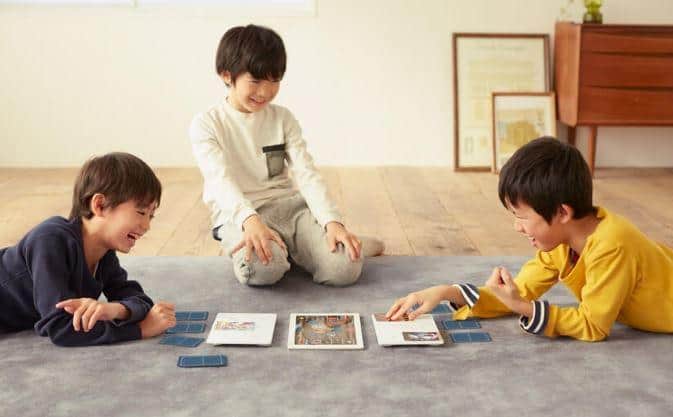 Being an entertainment company, Sony has investments in numerous related industries all over the world. However, games remain the Japanese firm's primary focus and source of revenue which is why it's surprising that Sony hasn't already invested a lot of resources into toys-to-life products. Toys-to-life is a genre of video games which combines physical toys with virtual games and has recently been popularized by the likes of Amiibo, Disney Infinity, Lego Dimensions, and Skylanders. Well, as it turns out, Sony finally decided to enter this market as the company just announced Project Field, a toys-to-life platform which consists of smart blocks that connect with smartphones and tablets. Once connected, these pads serve as physical card readers. In other words, they act as a platform for playing physical card games, but with all the convenient mechanisms of digital card games.

Like most other toys-to-life products, Project Field is based on near field communication, also known as NFC. Using this technology, Sony's pads can not only identify cards placed on them but are also capable of detecting additional information about compatible cards such as their position and orientation. The identification process happens instantly, after which the pads send all relevant information to smartphones and tablets via a Bluetooth connection. Once that happens, the clients, i.e. games running on these devices will handle all calculations and then wait for the other player to make their move. In other words, imagine playing something like the digital version of Magic: The Gathering, but with physical cards. For a more visual explanation, refer to the gallery below.

The first Project Field game Sony announced is called Yokai Watch. The said game will hit the market along with Project Field in the coming weeks but has so far only been confirmed for Japan. While there's still no word on an international release, it's worth noting that Sony described Project Field as another step in its long-term strategy to bring PlayStation games to mobile devices. As that plan was initially announced as a global initiative, it's reasonable to presume that Project Field and related games will also be rolling out worldwide in the near future. In any case, more information is expected to follow soon.