Skip to content
Advertisement
Trusted By Millions
Independent, Expert Android News You Can Trust, Since 2010
Publishing More Android Than Anyone Else
23
Today
65
This Week
679
This Month
5788
This Year
115789
All Time
Advertisement Smartphones over the past few years have often been advertised as being ‘bezel-less’, but true bezel-less devices have been hard to come by. That is, until the Xiaomi Mi MIX came along earlier this year. The device, which was launched in October, is a premium smartphone that comes with a massive 6.40-inch touchscreen display with a 2040 x 1080 pixel resolution and has the Snapdragon 820 SoC under the hood along with 4GB of RAM and 128GB of internal storage. Referred to as a ‘concept phone’ by Xiaomi, the massive phablet tries to give us a glimpse of what smartphones may look like in the near future, by introducing for the first time, an almost bezel-free display in a production smartphone.

Now that the Mi MIX has already been on sale in China for a few weeks, many Android fans and design enthusiasts are trying to guess how various Android OEMs may incorporate this new design feature into their smartphones and tablets. That being the case, Iranian designer Metti Farhang has now come up with a design for a Sony Xperia Edge concept phone that gives us a glimpse into how a bezel-free smartphone from Sony might look in the future. The concept device has been named the Xperia Edge, and comes with a curved-edge design not just on both sides, but also on the top, making it practically bezel-free on three sides. However, the device comes with a bezel on the bottom that incorporates the traditional capacitive touch buttons found on all Sony smartphones.

Of course, these images that you see here are the handiwork of a talented designer who is known to release concept phone designs from time to time, and is not associated with Sony in any way. We’ve seen him release concept designs for the Galaxy Note 5 last year, and for the Galaxy Note 7 earlier this year when the device was still expected to be called the Galaxy Note 6. While Sony isn’t rumored to be working feverishly on freeing their upcoming smartphones from their bezels, some other manufacturers are. Among them are Huawei, who is reported to have a concept device in the pipeline that is expected to come with a near bezel-less front panel. Called Huawei Honor Magic, the device may very well compete with the likes of the Xiaomi Mi Mix and the Sharp Aquos Crystal that is rumored to be in the works at the Japanese firm. 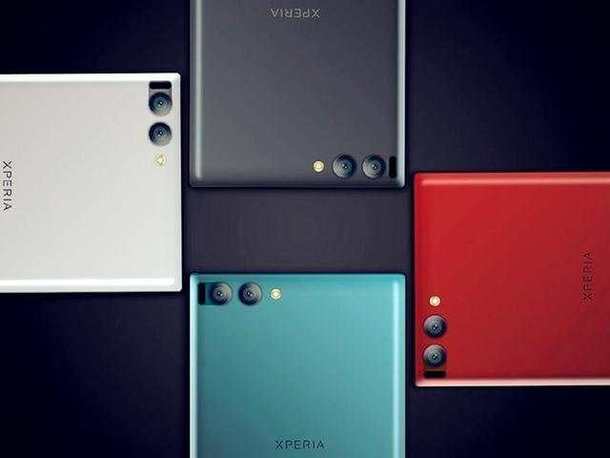