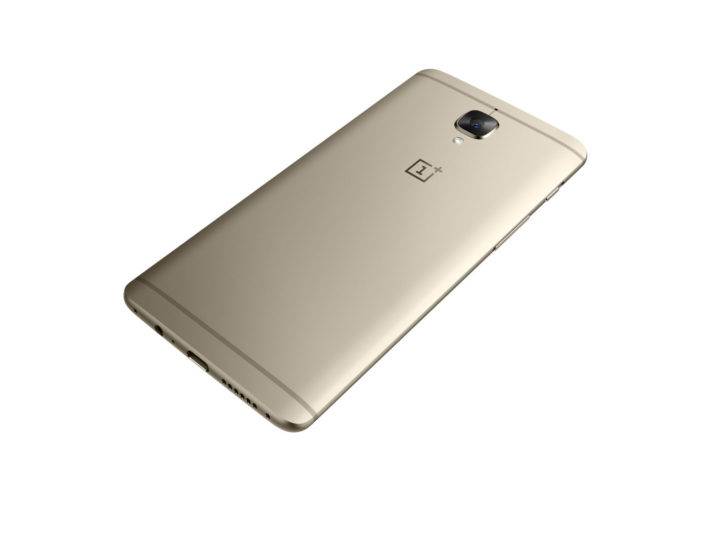 Back in November, OnePlus released an upgrade to the OnePlus 3, which came in the form of the OnePlus 3T. A week after the initial launch, it was available for purchase in various countries in Europe and also in the US. However, the extremely popular device only arrived to the shores of India at the beginning of December, but was only available for purchase a couple of weeks later. The OnePlus 3T was available in Gunmetal color, a new color option from OnePlus, but OnePlus will now be releasing a Soft Gold variant, and it will initially be available in India.

The Soft Gold color initially debuted on the older OnePlus 3, but it seems that OnePlus will be bringing it to the OnePlus 3T, and it will be available exclusively from Amazon India. The new color variant will go on sale on January 5th, but if you wish to purchase a unit for yourself, you will need to register for the sale beforehand. As for the storage variant which will be available, the 64GB storage variant will be available initially, followed by the 128GB variant, though a date has not been specified by OnePlus or Amazon India. On January 6th, the Soft Gold model will be on open sale and Amazon has also mentioned that the Gunmetal variant which is currently out of stock, will be restocked soon. When it comes to pricing, the new color variant will be available for Rs. 29,999 ($439) for the 64GB model.

Other than being a new color option, the internals of the Soft Gold OnePlus 3T, remains identical to the Gunmetal model. This includes a 5.5-inch display with an FHD resolution, and 6GB of RAM coupled with 64GB / 128GB of internal storage can be found under the hood. The device is powered by a Snapdragon 821 processor and comes with a 3,400mAh non-removable battery which can be charged via a USB Type-C port, with support for Dash Charge. For optics, it packs a 16-megapixel camera on the rear, and the front side of the device also comes with a 16-megapixel shooter. Software wise, it comes with Android 6.0 Marshmallow out of the box along with OxygenOS.