The Nokia Z2 Plus has just surfaced on Geekbench. This is the first time that we’re seeing a smartphone by this name pop up online (in any form), we’ve seen the Nokia C1 and Nokia D1C before, but not the Nokia Z2 Plus, so it definitely comes as a surprise. As it’s usually the case when it comes to Geekbench listings, some of the device’s specs have been revealed, and also its single-core and multi-core benchmarking results. Now, unlike some previous benchmark listings which revealed entry-level Nokia-branded smartphones, this listing seems to report about a rather well-specced smartphone from Nokia’s camp.

This smartphone seems to be fueled by the Snapdragon 820 64-bit quad-core processor, which is next to the Snapdragon 821, Qualcomm’s most powerful processor out there. Along with this processor, this smartphone also sports 4GB of RAM, and it comes with Android 6.0.1 Marshmallow pre-installed. The phone managed to score 2,156 points in the single-core, and 5,217 points in the multi-core benchmarking test, which also reiterates we’re looking at the Snapdragon 820 processor here. Speaking of which, the SoC is clocked at 1.77GHz according to the listing. Now, as most of you know, HMD Global took bought rights to manufacture smartphones under the Nokia brand, the company purchased those rights from Microsoft for the next 10 years, and the first Nokia-branded smartphones from HMD Global are expected to land in early 2017, which probably means we’ll see some phones released during the Consumer Electronics Show (CES) in Las Vegas, but nothing has been confirmed just yet, aside for the fact that they’re coming early next year.

According to rumors, Nokia is planning to release two high-end smartphones in the near future, even though HMD Global mentioned only entry-level handsets recently. In any case, this Nokia Z2 Plus smartphone seems to be one of the two higher-end devices HMD Global will push out to the market, and if rumors are to be believed, they intend to release 5.2-inch and 5.5-inch high-end Nokia-branded smartphones which will ship with 4GB and 6GB of RAM and a really capable main camera. Do take this info with a grain of salt, though, as we’re talking about rumors here, it remains to be seen what happens in the next couple of months, so stay tuned. 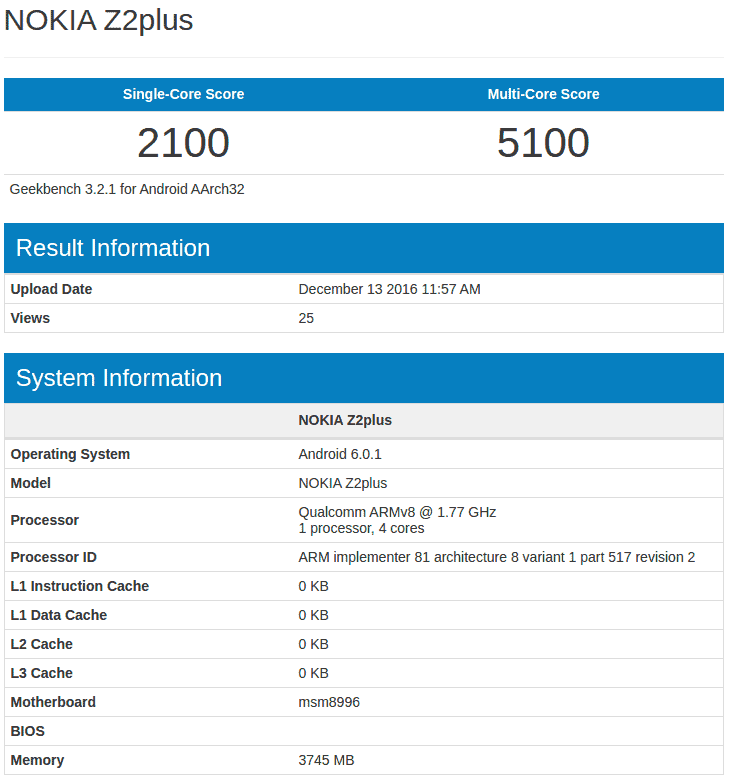