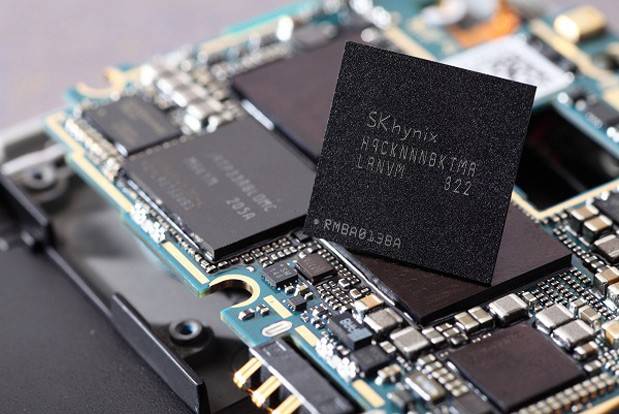 The three largest memory chip manufacturers, Samsung, SK Hynix and Toshiba, are currently locked in a competitive battle to increase the capacity of their 3D NAND chips. 3D NAND chips consist of a densely packed arrangement of data-storage cells, which are carefully and closely stacked on top of one another – as to increase the storage density of a particular chip. Now it seems reports are coming in and confirming that SK Hynix, the second largest manufacturer, will be finishing the development of its 72-layer 3D NAND product in the first half of 2017, ready for mass production in the second half. The new chips will be built at SK Hynix’s manufacturing plant in Icheon, the Gyeonggi Province of South Korea.

SK Hynix started mass producing 48-layer 3D NAND chips in November 2016, some way behind competitors Samsung and Toshiba. Samsung announced back in August that it was aiming to produce 64-layer 3D NAND arrays in the fourth quarter. The market’s number three manufacturer, Toshiba, also stated in August that it too was to commence 64-layer 3D NAND manufacturing. Assuming neither Samsung nor Toshiba push their 3D layer count up, the development of 72-layer 3D NAND chips will push SK Hynix forwards in technological terms and leapfrog their competitors, but we may expect both Samsung and Toshiba to be developing their own NAND technology.

The flash storage and NAND markets have aggressively been developed. It has taken a little over three years to move from 24-layer 3D NAND chips (as released in 2013) to 72-layer 3D NAND chips being released next year. Of course, there is much demand for flash storage chips as almost all of today’s consumer electronic devices contain flash storage of one type or another. Customers and manufacturers are demanding higher and higher amounts of internal storage as devices become more and more sophisticated – despite much progress being made by the networks in order to provide customers with an always-on Internet connection (and so therefore theoretically less of a need for on-device local storage). In the case of smartphones, manufacturers are steadily reducing the thickness of devices, which reduces the available space for memory chips. New 3D NAND chips are being built to a smaller scale to reduce their size and power requirements, and of course to provide customers with greater amounts of internal storage.