Ever since Samsung unveiled the Gear S3 smartwatch back in August, the company has been pushing itself to make the smartwatch a success and give Apple a run for its money, not to mention the wide range of Android Wear watches it competes with. Aside from all the marketing that is needed in order to do this, along with the bundles and discounts the company offers, a wide range of bands is also a necessity, much like Apple’s offering, in order to cater to all consumers.

When the company initially launched the smartwatch, it also unveiled a wide range of Samsung-designed bands that were exclusive to the watch, allowing potential buyers to customize their smartwatches to their personal preference. Among these bands were a number of silicon and leather straps available in a rainbow of colors, though it’s clear the company didn’t feel these were enough. In order to expand the range, Samsung has partnered with both SLG and Strap Studio in order to provide three canvas straps and 16 premium leather straps, giving customers an even wider range of straps so they can customize their watch for all occasions, along with every budget, at least according to the company.

Looking more in detail at the bands, 15 of the leather straps are made by Strap Studio and are created from premium Italian leather. Samsung also says they use a unique spring bar system which should allow owners of the Gear S3 to easily swap out their bands. The remaining leather band and the three canvas bands, on the other hand, are made by SLG, a company that has a long history with making smartwatch bands, thanks to their wide range of Apple Watch bands and their previous partnership with Samsung last year in order to create bands for the Gear S2.

For those interested in the range of bands, they will be available from both SLG and Strap Studio’s online stores, along with Samsung Korea’s online store. Additionally, customers living in Hong Kong, Singapore and Mexico will be able to pick up the bands at their nearest Samsung store beginning the end of December. 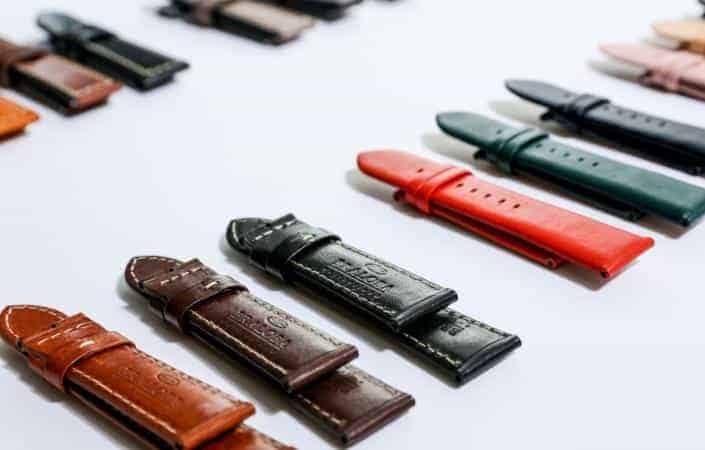