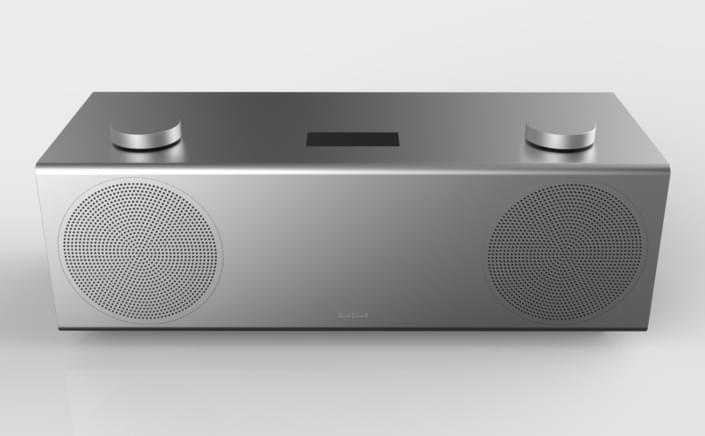 Samsung, this morning, announced a few new audio products, ahead of their press conference at CES next week. Samsung is coming to Las Vegas next week with a bang, and have already announced a slew of products that they will be showcasing at the trade show. This includes a pretty large wireless speaker, a new soundbar and a UHD Blu-ray player.

The new soundbar, which is named the MS750, is the company's first soundbar to have subwoofer performance embedded inside the device. What this means is that users will get incredible sound from the soundbar, without needing a separate subwoofer, especially when it comes to bass. It also features UHQ 32-bit audio, which brings cinema sound to your TV at home, without having to go to the cinema. This allows the user to feel a deeper sense of immersion with this new soundbar. And this is all due to the superior up-firing capabilities and overhead sound which uses vertical tweeters.

Then there is the Samsung H7 Wireless Speaker. This also features 32-bit ultra-high quality sound, giving you incredible sound from a wireless speaker. It's not a portable speaker – in fact, it's rather large – but it does offer some incredible sound. Samsung says that the H7 Wireless Speaker has a bass response going down to 35Hz, and combined with the UHQ 32-bit audio technology, users will experience a wide sound range, from low to high frequencies. Of course, the sound isn't all that makes the H7 Wireless Speaker, it's also the build quality. It's a sleek wireless speaker and has a contemporary metal finish. It's a pretty compact speaker, considering what is inside and what the speaker is capable of. Samsung says that the H7 Wireless Speaker could make "music a centerpiece of any room".

Finally, we have the UHD Blu-ray player from Samsung, it's the M9500. It features Bluetooth Wireless Streaming Support as well as Samsung Smart Remote integration throughout their UHD ecosystem. This new Blu-ray player from Samsung is HDR-optimized, so you'll get a great viewing experience on your 4K HDR Television. With the M9500, users are able to watch their favorite Blu-ray titles on their mobile device. There is also a 360-degree feature, which allows users to view 360-degree photos taken with a 360-degree camera, on their TV through the UHD Blu-ray player.

Samsung will be at CES 2017 next week to showcase these new products, as well as others that they will be announcing. The company has not yet announced pricing or availability on any of these products just yet.