Android’s security updates are designed to improve security on smartphones which run on Android. All changes take place under the hood and consist of vulnerability patches, meaning that these updates should be top priority for any Android smartphone user wanting to access online services and content in a secure environment. Well, it is now early December and if you happen to own a Samsung Galaxy S7 Edge in Australia, which is not locked to any wireless carrier, then you should be receiving the December security patch in the coming days or in a couple of weeks time.

The update which is being pushed out to the Galaxy S7 Edge, comes with the firmware version G935FXXU1BPJG and the changes the update will bring about is likely minor, though we can’t be certain until Samsung releases the full changelog for the December security patch. Earlier this week, Samsung detailed the vulnerabilities and bugs which have been fixed with the December security update on its high end devices, though the company did not specifically mention the bugs which have been fixed on the Galaxy S7 Edge. Samsung hasn’t given any confirmation regarding the countries which are receiving the update now but Australia happens to be the only one receiving it at the moment, but more markets should be receiving it in the coming days or weeks.

If you haven’t already received the notification prompting you to update your device, you could check whether the December security update is available for your Galaxy S7 Edge, and all you have to do is proceed to Settings, select About Device, tap on Software Update, and tap the option titled Download Updates Manually. On the other hand, you could wait for the system to prompt you to install the security update when it is available for your device. However, for that to happen, you will need to have at least 50% of battery life remaining in your device or it is plugged into an outlet. As the December security update is being delivered over-the-air (OTA), it might take a few days for you to receive it as it is released to compatible devices in stages to avoid the possibility of the servers being overloaded. 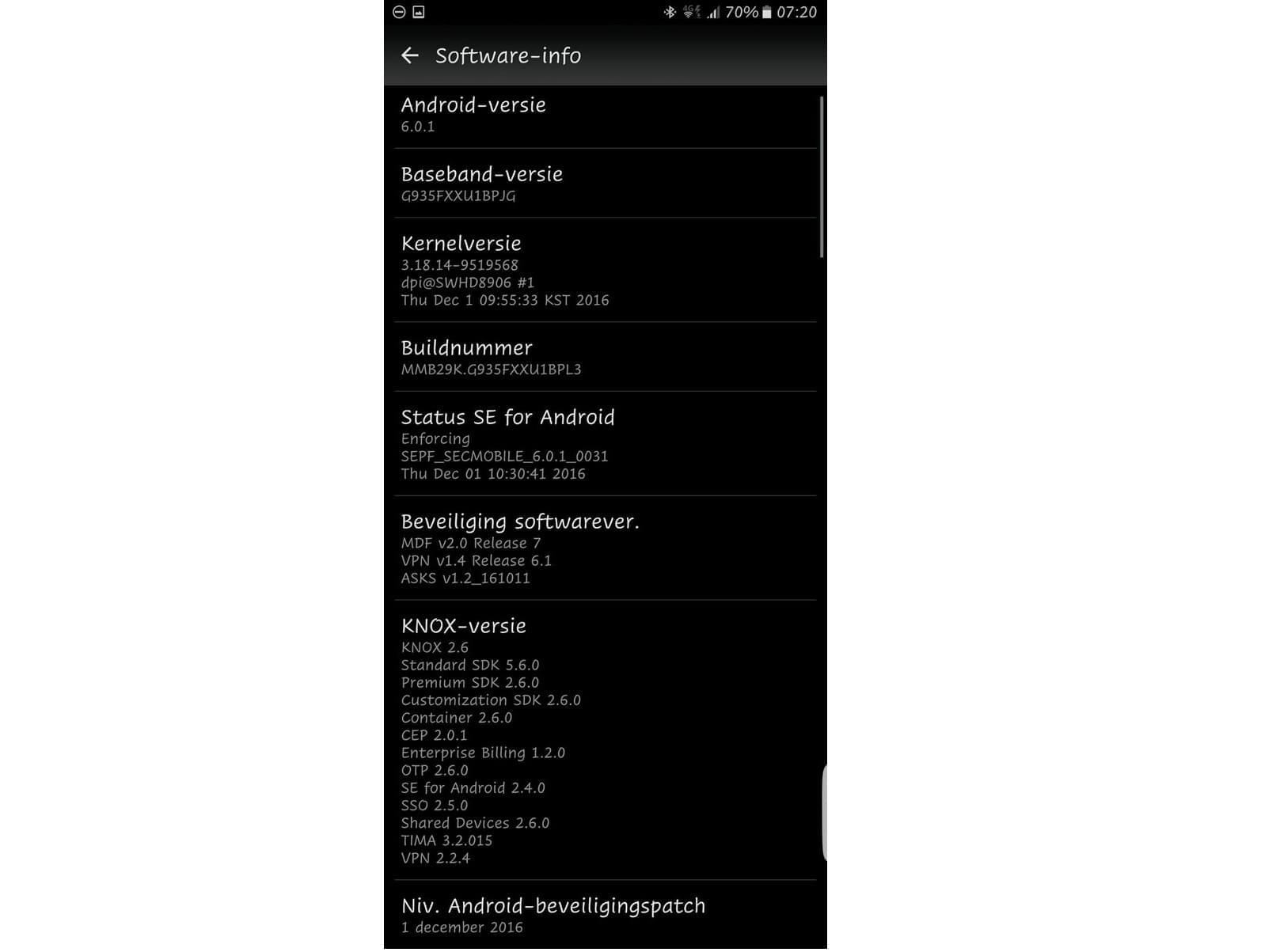