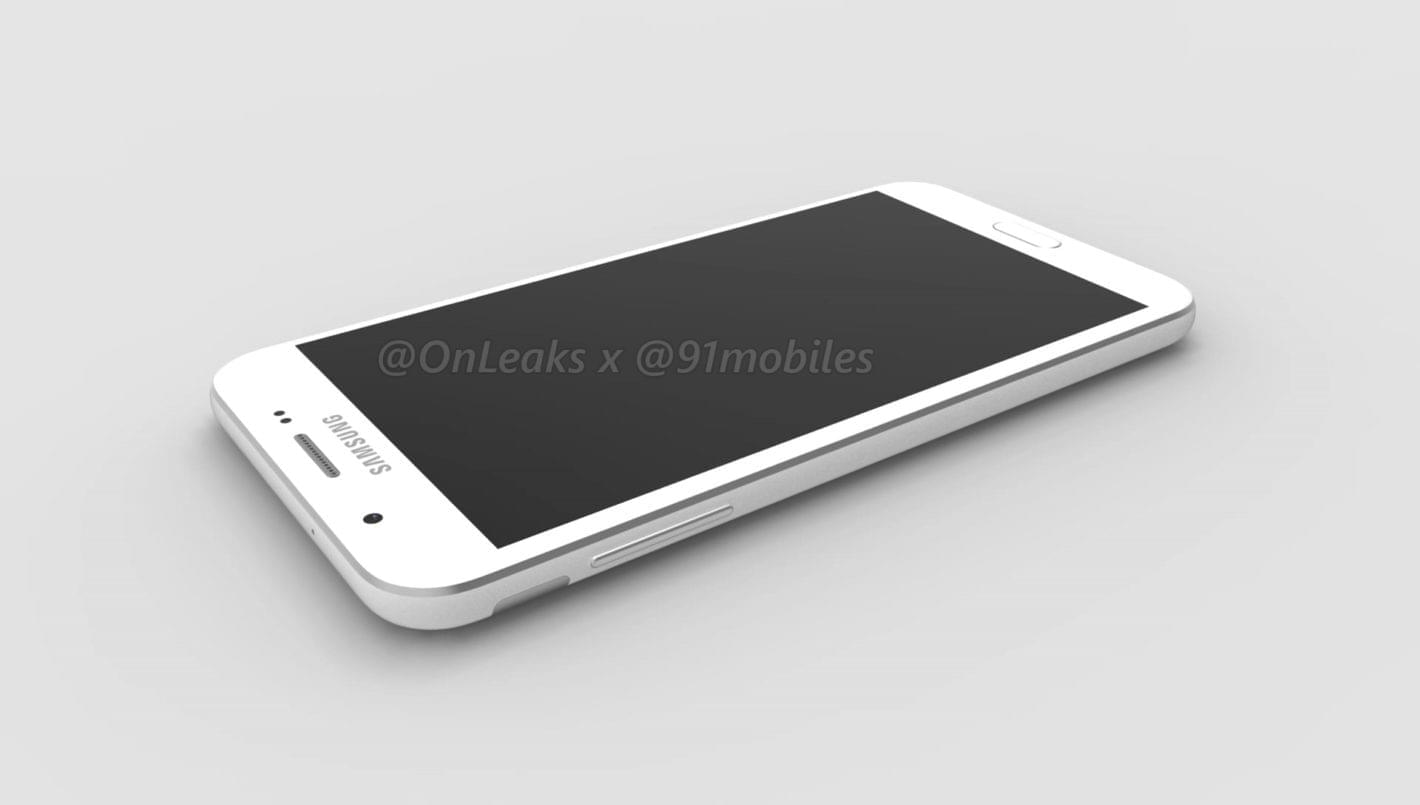 The Samsung Galaxy J7 (2016) was introduced earlier this year in March and made its way into Europe one month later for the price of €299. Considering the usual yearly launch cycles of new smartphone models, a sequel to this year's Galaxy J7 should be fairly far away on the horizon. However, according to sources of 91mobiles and @OnLeaks, the Samsung Galaxy J7 (2017) is already in preparation carrying fresh hardware internals wrapped in a new design.

The images together with the 360-degree YouTube video below have been passed along by 91mobiles in collaboration with @OnLeaks, and according to the source, the gallery showcases what appears to be the final design of the Samsung Galaxy J7 (2017) – sans the color scheme which is "purely speculative". Judging by the renders, the upcoming model will present a much cleaner design compared to its predecessor, featuring a flat back panel enriched by a metallic strip accommodating the rear-facing camera and LED flash. Interestingly enough, it appears that the speaker was also moved from the back panel and onto the right-hand side edge of the device similar to the Samsung Galaxy J7 Prime, where it has been embedded in the same aforementioned metallic strip. Furthermore, the smartphone will apparently accommodate a regular 3.5-millimeter headphone jack, a micro-USB port, and a physical home button on the front panel which is unlikely to incorporate a fingerprint sensor.

As far as the hardware is concerned, sources report that the Samsung Galaxy J7 (2017) will sport a 5.5-inch AMOLED display with a resolution of 1920 x 1080. Inside, the smartphone will accommodate a Qualcomm or Exynos chipset, 3 GB of RAM, and 16 GB of internal storage, while in the camera department it will reportedly feature a 13-megapixel main camera, coupled with a 5-megapixel camera on the front panel. The source adds that the smartphone measures 151.34 x 76.20 x 8-millimeters, which is not far from the overall dimensions of the ongoing Samsung Galaxy J7 2016 model. No other details have been revealed, but it's worth noting that the Samsung Galaxy J7 (2017) has already been sent to India for evaluation purposes. This was confirmed by the Indian import listing website "Zauba" where the smartphone has been spotted carrying model number "SM-J727V".