Samsung’s latest version of the Galaxy A7, better known as the Galaxy A7 2017 model, could be nearing an official launch soon as the phone has just been certified with the Wi-Fi Alliance. While this in itself does not guarantee that a launch is in the near future, it does point to possible nearby launch, especially when you consider that it has also been certified by the FCC which happened back on December 2nd. In addition to the FCC certification and the newly discovered Wi-Fi certification, the Galaxy A7 2017 was also reportedly shown off at a small event last week where it was discussed and put on display next to the Galaxy A3 2017 and the Galaxy A5 2017 devices.

Last week’s event also revealed a few features of the upcoming phones, although these still can’t be verified as official since the phone has not yet been announced. That being said, what is rumored to be on the table is something that was likely expected – the IP68 certification making these devices dust and water resistant. There is unfortunately no new information that is really useful on the Wi-Fi certification document in regards to features for the Galaxy A7 2017, so consumers are left with the rumored hardware details for now, of course, that could all soon change if Samsung is getting ready to show off these new devices sometime soon, which would likely happen at CES as that’s the next trade show, although Samsung could also choose to simply announce the phones outside of an event.

As far as what specs are rumored to be on offer so far beyond the IP68 certification that was mentioned above, the Samsung Galaxy A7 2017 is said to have 16-megapixel main and secondary cameras, which means Samsung is rumored to be fitting the same sensor on both the front and on the back of the device. It’s also rumored to come with 3GB of RAM and 32GB of internal storage space that’s expandable by a microSD card, and come with Android 6.0.1 Marshmallow on board for the software, while also supporting USB Type-C for the charging and data transfer port. All in all, not a huge deviation from the previous Galaxy A7 device, but potentially a few pieces of newer hardware. 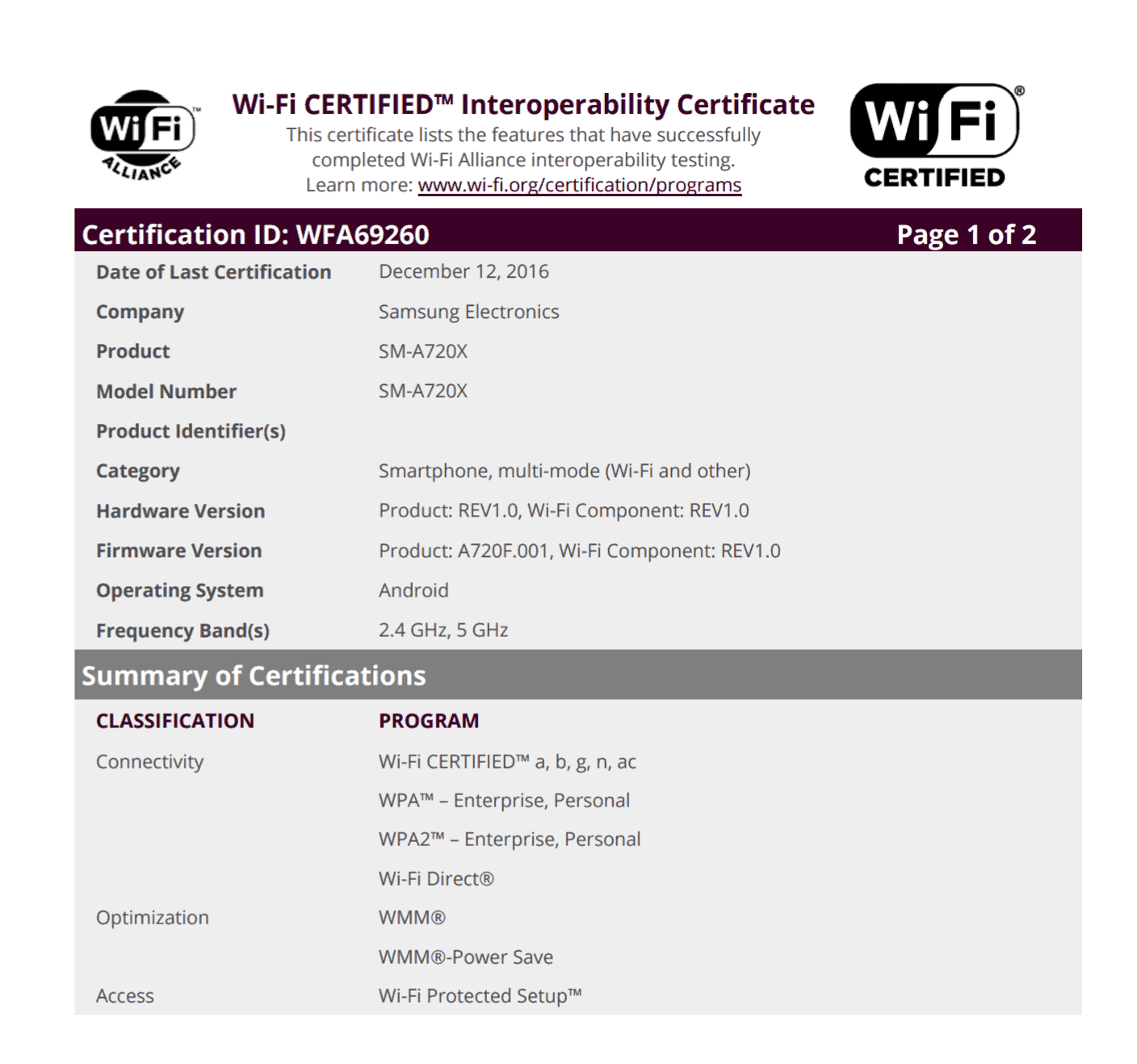