The Samsung Galaxy A7 (2017) has been certified by the U.S. Federal Communications Commission (FCC), according to recent listing on the regulator’s website. The smartphone had received its Bluetooth certification last month, so it may not be very long before the South Korean company launches it officially. The device has also popped up on a number of benchmarking websites over the past couple of months, revealing quite a bit about its hardware specs. Of course, the Galaxy A7 (2017) isn’t the only Galaxy A-series handset Samsung is expected to launch in the coming weeks. The company already has at least a couple of other Galaxy A devices in the pipeline for the New Year, including the Galaxy A3 (2017) and the Galaxy A5 (2017), both of which have also been in news in recent times.

As for the upcoming Galaxy A7 (2017), the device, as mentioned already, has already been listed on various benchmarking sites, giving us a decent idea about what to expect from it. The upcoming smartphone promises to be a standard mid-range device that will feature a 5.68-inch 1080p Super AMOLED display and will be powered by the Exynos 7880 SoC. The chip comes with an integrated 64-bit octa-core CPU with four Cortex-A72 cores clocked at a maximum of 1.8GHz and four Cortex-A52 cores clocked at 1.3GHz in big.LITTLE configuration. As for the GPU, the Exynos 7880 has an ARM Mali-T860MP4 chip that’s integrated into the SoC. Earlier reports have also suggested that the Galaxy A7 (2017) will come with 3GB of RAM and 32GB of expandable storage.

Coming to the imaging options, the upcoming Samsung device will come with a 16-megapixel primary camera on the back, and if the AnTuTu listing from last month is anything to go by, even the front-facing selfie-cam on the handset will come with a 16-megapixel sensor, which is definitely good news for Snapchat and Instagram fans. The smartphone will also have a fingerprint scanner, while a 3,600 mAh battery will keep the lights on. The device will reportedly come with IP68 certification, which denotes water and dust resistance. There’s no ETA right now for the upcoming smartphone, but it shouldn’t be too long before Samsung makes it official. 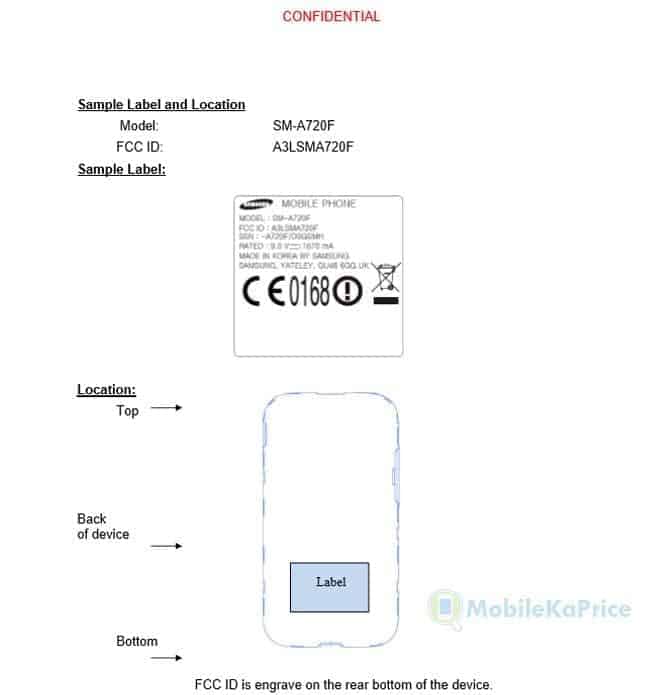