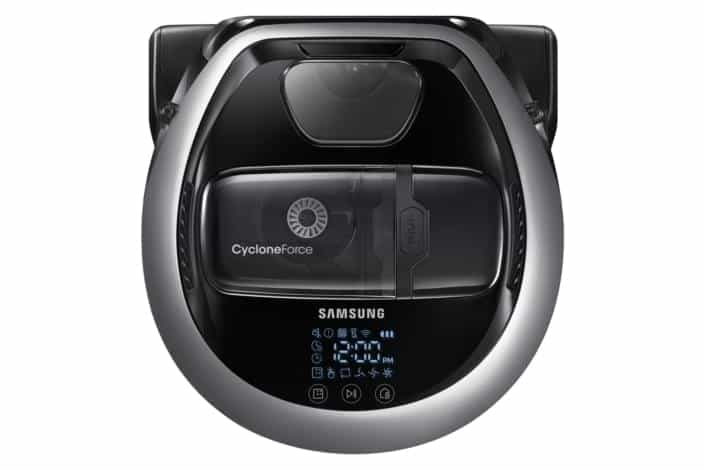 Samsung Electronics' POWERbot VR7000 robot vacuum cleaner will debut at CES 2017 next month, the company announced on Tuesday. This device is a revised version of Samsung's previous automated sweepers and was specifically designed for consumers who expect better results from contemporary robot cleaners. The firm's internal survey showed that close to 40% of potential North American customers would only pay for a robot vacuum cleaner capable of cleaning places that are hard to reach in an efficient manner. With that information in mind, Samsung equipped the POWERbot VR7000 with a more powerful suction pump. Depending on the model, the new POWERbot lineup is capable of generating up to 20 watts of suction power. Due to that raw power and several other advanced technologies, the South Korean tech giant is claiming that this new series of robot vacuum cleaners represents the ultimate lineup of automated sweepers.

The POWERbot VR7000 will also be significantly slimmer than its predecessors, as Samsung revealed the device is less than 4 inches (97 mm) tall. This small size will allow the cleaner to reach places even manual vacuum cleaners can often miss due to their dimensions. Furthermore, the device will boast a so-called Edge Clean Master feature allowing it to closely approach any wall. In addition to several wide brushes, the POWERbot VR7000 will allegedly be easier to maintain than its predecessors, primarily thanks to the device's Self-Cleaning Brush system which will automatically take care of most debris trapped in the cleaner.

The POWERbot VR7000 is the latest addition to Samsung's POWERbot lineup of automated sweepers which debuted in 2015. Apart from being smaller and more flexible than older models, this product will also supposedly be significantly smarter than Samsung's previous robot vacuum cleaners. Namely, the Seoul-based consumer electronics manufacturer revealed that the POWERbot VR7000 is capable of mapping any room and getting better at navigating it with time. Like most other contemporary IoT gadgets, users will be able to manually control the unit using a dedicated companion app. Consumers will be able to test the POWERbot VR7000 during the upcoming CES 2017 which is taking place from January 5th to January 8th in the Las Vegas Convention Center.