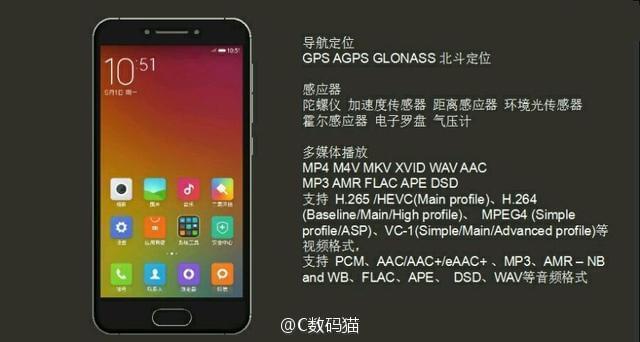 Xiaomi may no longer be the top smartphone vendor in China, but the company remains one of the major players in the industry. Having launched premium devices like the Mi 5s Plus and the Mi Note 2 earlier in the year, the company is now rumored to have an all-new high-end device in the pipeline for next year. Rumored to be marketed as the Xiaomi Mi S, the upcoming device will reportedly be a mini smartphone with a display panel of just 4.6-inches. According to leaked documents that are said to be Xiaomi’s official marketing material, the Mi S is expected to feature a 4.6-inch 1080p display panel with 2.5D curved glass and 600-nit brightness. The smartphone will apparently be powered by the Qualcomm Snapdragon 821, and come with 4GB of RAM and a whopping 128GB of storage. The battery, though, will be a 2,600mAh unit, but that’s to be expected given the compact form-factor of the rumored handset.

While the phone will feature a USB Type-C port for charging and data-syncing, rumors suggest that Xiaomi will also throw in a 3.5mm audio port, which would certainly be welcome news for many potential buyers. Imaging options will reportedly include the 12-megapixel Sony IMX378 sensor on the back, while the front-facing selfie-cam will come with a more humble 4-megapixel sensor. Both the cameras will apparently have f/2.0 apertures, and the rear-facing primary camera will additionally come with PDAF (phase detection autofocus) and a dual-LED flash. The primary camera will also be able to record 4K videos, while the front-facing secondary camera will only be able to record at 1080p. A fingerprint scanner will also likely be integrated into the physical home button on the front. The phone is said to weigh 138gms and measure 128.3mm in length, 64.2mm in width and 8.2mm in thickness.

There’s no telling how long you’ll have to wait for this device, nor how much you’ll need to pay for it. That’s because pricing and availability details of the Mi S are still a mystery. It will be interesting to see what actually comes of this rumor, as this is pretty much the first time we are hearing of this compact device from Xiaomi. So unless we hear anything more about the Mi S, this latest rumor should be taken with a generous pinch of salt as we’re not even sure if Xiaomi even has any such device in the pipeline for the near future.