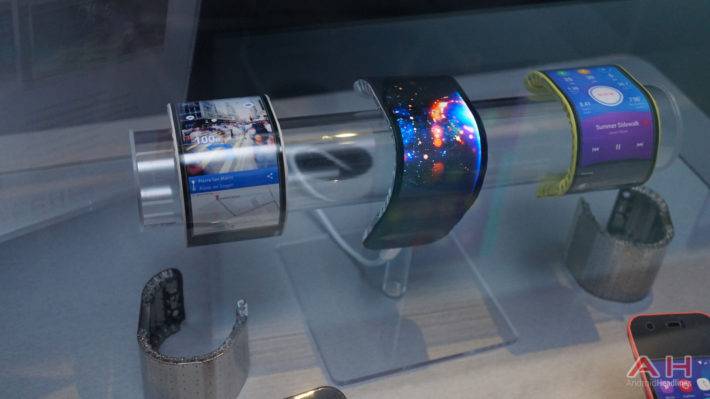 According to a report out of Taiwan earlier today, 2017 may well be the year of the flexible smartphone display, with as many as 150 million flexible AMOLED panels expected to be shipped next year for use in smartphones by various manufacturers worldwide. By contrast, only around 50 million such panels have been shipped this year, so we may very well be looking at a whopping 200% growth in the sector if everything goes well for the global smartphone industry in 2017. While smartphones with curved or flexible displays have been few and far between so far, they will very likely become a must-have feature on premium smartphones in 2017, especially with Apple being heavily rumored to launch at least one iPhone 7 variant with a curved 5.8-inch AMOLED panel next year.

Talking about companies other than Samsung launching smartphones with curved displays, a slew of major China-based players, including the likes of Huawei, OPPO and Vivo, are all expected to bring their own flexible-display smartphones to the market next year. Media commentators and industry insiders expect such devices to gain popularity right off the bat, with demand outstripping supply for much of the year. In fact, flexible OLED manufacturers will apparently be so ill-equipped to deal with the expected surge in demand in 2017 that only Apple and Samsung will reportedly be able to secure sufficient supply, leaving other, less influential OEMs trailing in their wake. Samsung Display, already the world's largest flexible OLED panel manufacturer, is expected to be the biggest beneficiary of the situation, although Chinese firms, such as EverDisplay Optronics and Visionox are also expected to get a share of the action, albeit at a much lower scale.

LTPS (Low-temperature polycrystalline silicon) TFT-LCD panels, meanwhile, will continue to remain the backbone of the industry in 2017, accounting for a vast majority of all smartphones shipped during the year. Industry insiders expect that new innovations will allow OEMs to increase the screen-to-body ratio to a whopping 90% next year, which would certainly be something to watch out for, because even most high-end, premium devices right now hardly ever come with screen-to-body ratios of over 75%. Either way, with many new smartphones, VR headsets and other gadgets expected to be launched in the market in the coming months, 2017 promises to be an interesting year for tech enthusiasts worldwide.