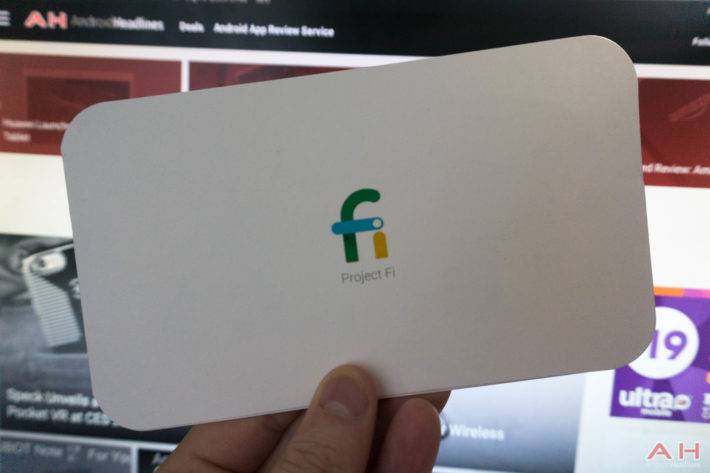 Project Fi has its advantages and disadvantages. Of course, the big advantage is for users that don't use a lot of data, as they can have a pretty low monthly phone bill. Not to mention the fact that Project Fi works on T-Mobile, Sprint and US Cellular's networks. But if you use a lot of data, Project Fi may not be the best option for you. However, Project Fi doesn't charge you overages, they only charge you for what you use, which is pretty neat. And after adding group plans recently, the service got a bit more tempting. Now, Project Fi is offering up referral credits for those that refer their friends and family over to the service.

Those that refer people to Project Fi will get a $20 account credit. But, you aren't the only one getting that credit, the person you refer also gets a $20 account credit. Which is pretty neat, especially since a month of service with 1GB of data is about $30. However, it's not as cut and dry as you may think. The account credit only applies to your Project Fi bill, which means it won't help pay off taxes and other regulatory fees. Additionally, users are capped at referring 10 users. So once you've referred 10 users to Project Fi, you won't be getting any more referral credits.

Users are able to share their referral code through text messages, or on social media networks like Twitter and Facebook. However, it's important to note that users that use your referral code will be able to see your name and phone number, as well as your referral status (i.e. how many people you have referred). So it may not be a great idea to put your referral code out there on the Internet like that, unless you're okay with everyone seeing your phone number. Project Fi's referral program starts today and will last through January 11th, 2017. So it is a limited time offer. It's also important to note here that Project Fi only officially works on a few devices, namely the Nexus 6, Nexus 5X, Nexus 6P, Google Pixel and Google Pixel XL. The tablet SIM does work with any unlocked LTE-capable tablet, though.