After hitting the Google Play Store over the summer, the multimedia editing Android app Prisma quickly gained a loyal following thanks to its ability to seamlessly transform pictures and videos into works of art. As it turns out, people are gradually becoming more interested in editing photos on their smartphones seeing how contemporary devices are getting more and more capable of capturing the world around us. Given how Prisma offered a robust set of tools that’s relatively easy to use, the app quickly took off and is currently boasting tens of millions of installs worldwide. Last month, the said app introduced Facebook Live integration, allowing its users to utilize Prisma filters while broadcasting video with Facebook’s streaming solution. However, the Menlo Park-based social media giant wasn’t terribly thrilled with that idea and promptly blocked the said functionality from working.

Coincidentally or not, Prisma now started rolling out a social news feed in an attempt to turn its popular editing tool into a fully fledged social network. The new feature is dubbed the Feed and allows users to browse through photos and videos published by other Prisma users. Interestingly enough, developers opted to not base this new social feature on any kind of friending mechanics but have instead designed it around location-based sharing. In other words, Prisma Feed will show you photos and videos published by other users based on their proximity to your humble self. While this isn’t the first location-based multimedia sharing option on the market, the fact that Prisma is boasting tens of millions of users worldwide means that the said app may be a large enough platform to finally achieve some degree of commercial success with this kind of solution.

For the time being, Prisma Feed is available in several countries, and developers told TechCrunch that initial user feedback has been rather positive. Of course, it remains to be seen whether a feature such as this one will be able to compete with the likes of Instagram and Snapchat, but we should find that out soon enough seeing how Prisma Feed is expected to roll out globally in the coming months. In addition to that, Prisma is soon receiving an update which will allow people to utilize a free aspect ratio while editing their images. 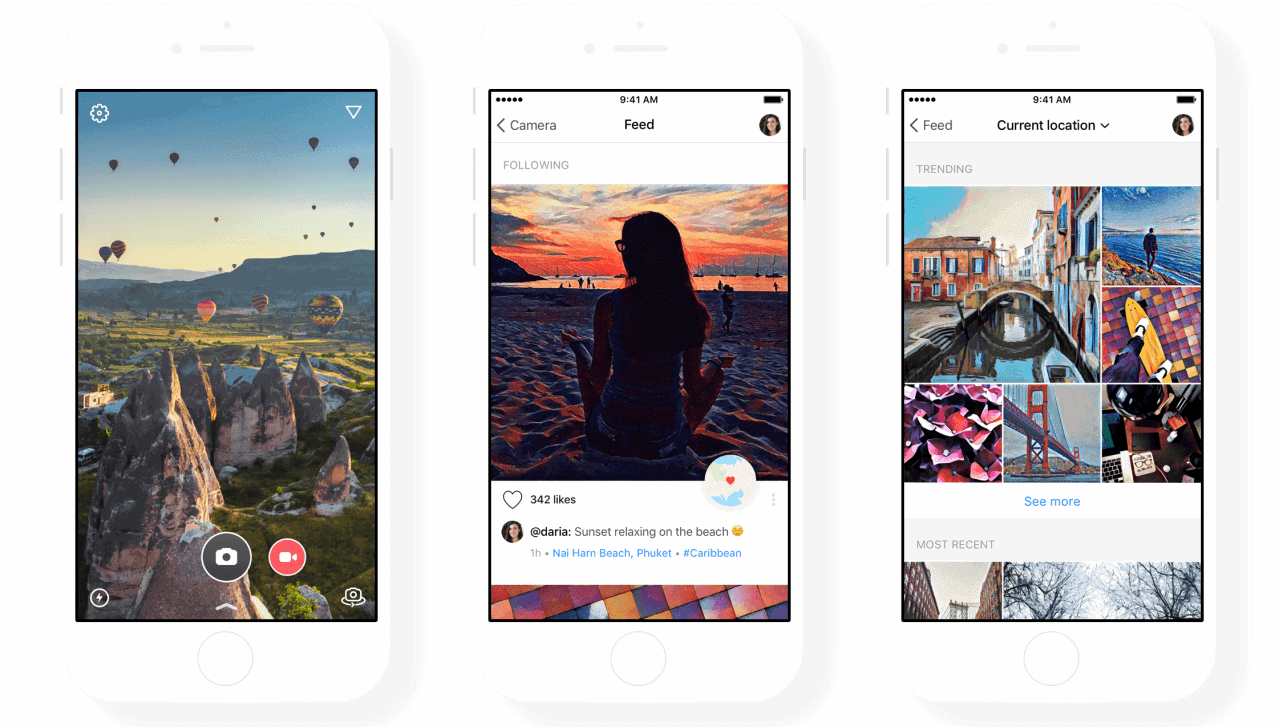