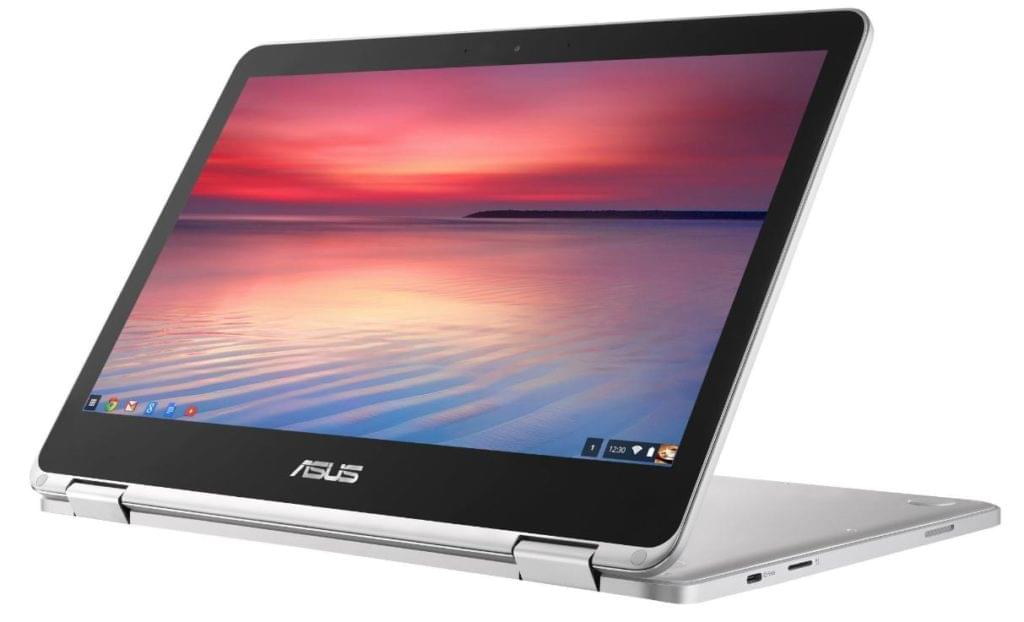 The ASUS Chromebook Flip is one of the more popular Chromebooks out there, and for good reason; it's a well-made convertible with respectable horsepower, and was among the first few Chromebooks to gain the ability to download and run Android apps from the Google Play Store. One thing it is not, of course, is overtly premium. Although, an ASUS Chromebook by the model number of C302CA seemed to fit the bill when it broke cover some time ago, and now, a bit earlier than expected, it seems to have leaked on Newegg. The listing has since been taken down, but before that happened, pictures and a comprehensive spec sheet made their way out onto the internet, and they point to a great rival to Samsung's Chromebook Pro.

The premium device apes some visual cues from Google's Chromebook Pixel lineup and ASUS' Transformer Book and ROG lineages, which are certainly not bad cues to take from. The flat design is accented by rounded off corners and a simple, functional 360 degree hinge. With the bulk of the build being a unibody aluminum affair, the hinge and body promise to be plenty sturdy. On one side, you have a small speaker grille, a USB Type-C port, a headphone jack, and your power switch and volume rocker. The other side plays host to another speaker grille, a microSD slot, and another USB Type-C port. The beast gets its power through the USB Type-C connectors, so it lacks a dedicated power slot. The 12.5-inch touchscreen is a 1920 x 1080 panel sporting 300 nits of brightness, and the well-spaced chiclet keyboard is backlit for easy typing in the dark. The whole package weighs in at a svelte 2.65 pounds, and is only a hair above a half inch thick.

On the inside, the beast runs a 2.2 gigahertz Intel Core m3-6Y30 Processor, alongside 4GB of RAM and 64GB of internal storage. Bluetooth 4.2 is on board for connectivity, and all the latest Wi-Fi connection types are supported. The Intel processor means that you'll be able to use WINE or even throw Windows or Linux on it, if you're into that sort of thing, and is plenty fast for just about any non-specialized use case. The ASUS C302CA should run you $499, whenever it is available to buy. Speaking of which, since this was likely an accidental leak – an actual release date is still up in the air. Although, it is speculated to be available some time in January.