Do we have a good one for you today – the Google Pixel takes on the Xiaomi Redmi 3 Pro. The Pixel is a high mid-range device while the Redmi 3 Pro is a lower end device even with its Pro designation. The Pixel uses a combination of polished glass and metal for its backing, while the Redmi 3 Pro is predominantly metal with the extreme top and bottom slivers, being plastic to allow the antenna better reception. Both devices are built rock-solid, nice looking, and look like a quality device. Let’s see just what these two smartphones have in common and just how much they differ.

The Google Pixel and Xiaomi Redmi 3 Pro do have a few things in common starting with the same 5.0-inch display, although they are different resolutions and different technologies. With the displays the same size, the physical size is also very close as is the weight is within 1 gram. They both use a Snapdragon processor, but different models and different Adreno GPUs. They both have a 32GB variant, but only the Redmi 3 Pro has expandable memory. The camera areas are very close in size, although the Pixel has more features to give it superior photos. They both sports a fingerprint sensor for unlocking the device, however, only the Pixel has an NFC chip to authorize mobile purchases. Both have a non-removable battery with fast charge capabilities, with the Redmi 3 Pro having a large 4100mAh size that dwarfs the 2770mAh in the Pixel. They have the usual suspects – WiFi, Bluetooth (v4.2 in the Pixel and v4.1 in the Redmi 3 Pro), GPS, and the newer Type-C reversible port for charging and data transfer on the Pixel and a microUSB v2.0 on the Redmi 3 Pro.

Google changed courses this year and let go of their Nexus line by introducing the new Pixel and Pixel XL line of smartphones. The devices are advertised as ‘made by Google’, but in reality, HTC did the building. We will be looking at the smaller Google Pixel this time around to see just how this newly designed Pixel with its polished glass and metal construction holds up to the all-metal Xiaomi Redmi 3 Pro.

The Google Pixel sports a 5.0-inch AMOLED display with a Full HD resolution of 1920 x 1080 pixels and a respectable 441 pixels-per-inch (PPI.) It is only an FHD resolution but it is an AMOLED display, and this helps add deeper contrasts and colors. The devices came out late enough that they used the newest 64-bit Qualcomm Snapdragon 821 quad-core processor, which is a revised version of the Snapdragon 820 giving it a 10-percent performance boost. It comes with a dual-core clocked at 1.6GHZ and a dual-core clocked at 2.15GHz and uses an Adreno 530 to tactical tough graphic needs. It packs 4GB of DDR4 RAM and either 32GB or 128GB of the faster UFS 2.0 memory with no means to expand. It uses a 2770mAh non-removable battery for power and has rapid charge capabilities.

Although the specs of the primary camera do not seem that impressive, it scored top numbers with DxOMark. It has a 12.3MP sensor for their main camera, an aperture of f/2.0, phase detection autofocus (PDAF), and laser autofocus, a dual-tone LED flash, and no OIS. There is an excellent 8MP front-facing camera (FFC) that comes with a f/2.0 aperture, a 1.4µm pixel size, and 1080p recording, offering great selfies and video chatting.

On the polished glass and metal back is where you will find a rear-mounted fingerprint sensor that will allow you to unlock your device or authorize mobile payments, including Android Pay. The Pixel does have an IP53 certification rating for splash and dust resistance – nothing like the IP68 ratings found on Sony or Samsung devices – but at least it is something. The Pixel is running Android 7.1 Nougat out of the box and will continue to receive the fastest updates from Google. The Google Pixel measures in at 143.8 x 69.5 x 8.5mm and weighs in at 143 grams. It comes in Quite Black, Very Silver, and Really Blue (limited edition color) and the 32GB Google Pixel will cost you about $650. 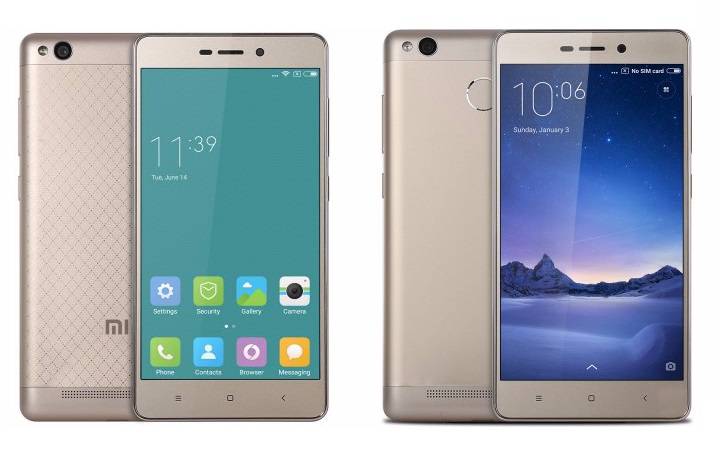 The Xiaomi Redmi 3 Pro is without a doubt one of the best bargains in a sub-$200 phone. Its build quality is top-notch, and it has the looks to go along with it. It offers a 5.0-inch display that provides a high contrast with average color accuracy. The processor works great with the 720p display, but the GPU is a little weak for heavy graphics. It even has decent audio quality for a device in this price range. Just how does it hold up to the much more expensive Google Pixel?

The Redmi 3 Pro sports a 5.0-inch AMOLED display with an HD resolution of 1080 x 720 pixels and with 294 PPI. It is using a 64-bit Qualcomm Snapdragon 616 octa-core processor with a quad-core clocked at 1.2GHZ and a quad-core clocked at 1.5GHz and uses an Adreno 405 GPU. It packs only 3GB of RAM and 32GB of memory that is expandable up to 256GB via microSD card. It uses a large 4100mAh non-removable battery for power and has rapid charge capabilities.

Xiaomi generally puts a decent camera on their devices, and the Redmi 3 Pro is no exception. The primary camera is 13MP with an aperture of f/2.0, phase detection autofocus (PDAF), and LED flash. There is a 5MP FFC that comes with a f/2.2 aperture, and 1080p recording, offering great social media selfies and video chatting.

Looks is one area the Xiaomi Redmi 3 Pro has the upper hand, but then, Xiaomi always did make a great looking device, mostly copying the iPhone line. A rear-mounted fingerprint sensor will allow you to unlock your device. However, without an NFC chip, there will be no way to authorize mobile payments with or without the fingerprint sensor. The device includes an IR Blaster and FM Radio. The Redmi 3 Pro is only running Android Lollipop out of the box with MIUI 7. The Redmi 3 Pro measures in at 139.3 x 69.6 x 8.5mm and weighs in at 144 grams. It comes in Dark Gray, Silver, and Gold and the 32GB Redmi 3 Pro will cost you about $160 – $180. 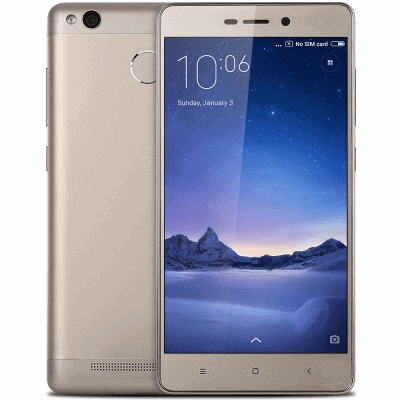 Before the Google Pixel lovers form a mob, please let me explain. The Pixel is the device in this comparison that has the best specifications – better display, better processor/GPU, more RAM, IP53 certified, Android Nougat and the fastest updates. These features come at a price of about $650. If this is your main driver and you have the money, buy it.

However, I picked the Redmi 3 Pro as the winner because it costs less than $200, built like a brick house, looks great, takes decent pictures, has plenty of RAM to multitask given a 720p display; memory expansion, and it has a kickass battery and great sound.

Sure, you have to be on AT&T or T-Mobile, but for a cheap, everyday phone, how can you beat it the design, features, and the price?