When Android Wear was first announced back in 2014, during SXSW no less, for many it was a “oh, finally” moment while for others it was a head-scratching moment. Back in 2014, the smartwatch was still something that few people believed in, and it was something that was considered very, very niche. Since then, however, smartwatches in general have failed to capture the general public’s imagination, unless of course we’re talking about the Apple Watch. Android Wear appears to be on a hiatus of sorts, and while we’re waiting – yet again – for more big promises from Google on the software front, the partners that Google announced on stage during that initial launch appear to have lost their patience along with users. In 2016, we have not seen a new watch from Huawei, LG or Motorola, and in the case of the latter there appears to be no new Moto 360 in the pipeline, with no plans to even get moving on a new model of the watch that got Android Wear off of the ground all the way back in 2014.

Not too long ago, The Verge managed to get some time with Shakil Barkat, Head of Global Product Development at Motorola, when he told the Verge that, “Wearables do not have broad enough appeal for us to continue to build on it year after year”. These comments might not surprise many out there, given that people often don’t upgrade their fitness tracker or smartwatch very often, after all they become a piece of clothing after some time, but when Barkat goes on to say that Motorola doesn’t “see enough pull in the market to put [a new smartwatch] out at this time” it’s pretty clear that Google has something to worry about. The Moto 360 was the product for Android Wear when it first launched back in the Fall of 2014, and even with an unsightly flat tire display design and pretty poor battery life, the smartwatch put this new platform on the map. Compared to the LG G Watch and Samsung Gear Live – incidentally Samsung’s first and only attempt at making an Android Wear watch before going it alone with Tizen – the Moto 360 was a real-looker. Sure, the LG G Watch R, released the same year, had a lot going for it as well, and had a much better display and better battery life, but the Moto 360 already had the crown that everyone else had to go chasing after. 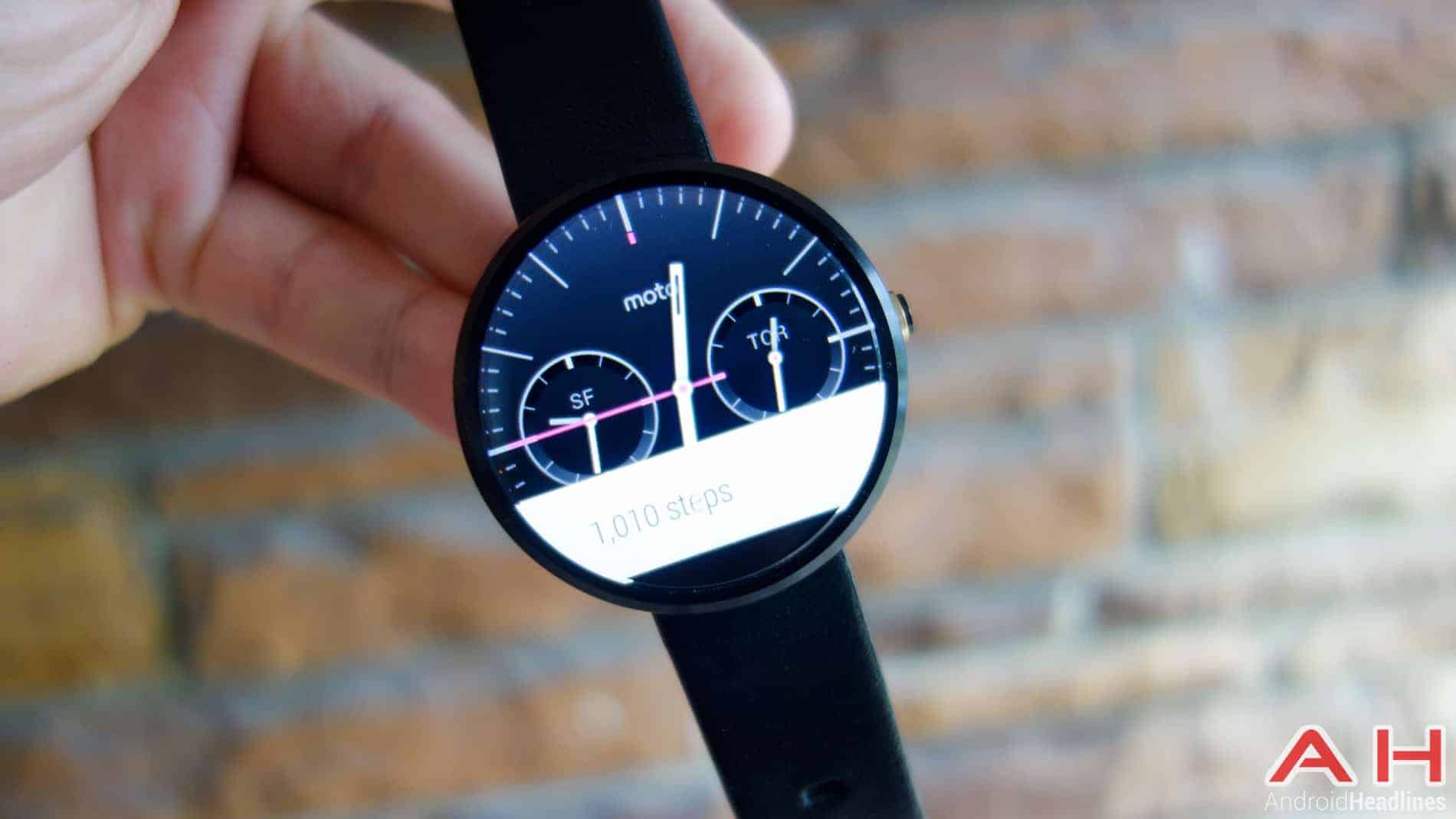 The original Moto 360 has become one of those unsung heroes of a product category, and there will be a lot of people reading this that are probably wearing one right now, or perhaps a second-generation model of the Moto 360. The original was arguably the best-looking smartwatch we have ever seen running Android Wear, it was understated, had a little hipster flare to it, and came in a number of different colors and band styles to make sure as many people as possible were happy with the final product. I had a Moto 360, and while I was late to the party, purchasing one in 2015, I ended up with a smartwatch that had gone through a number of different software updates and had battery life that was perfectly manageable, if not a little annoying to keep an eye on. This is perhaps testament to how good a product the Moto 360 really was. After all, there are few devices that launch, and get constant improvements as the Moto 360 did.

When it was time to launch a second-generation Moto 360, Motorola did things a little differently to their first effort. The watch band lugs protruded from the case, giving a different design, but Motorola stuck to the core principle of making the smartwatch feel more like a timepiece than a gadget, and that included a pair of different sizes; a 46mm designed for men and a 42mm designed for women. On top of that, Motorola added in the option to choose a different bezel, in different colors and with or without a micro knurl pattern. Different bands came along for the ride, and the second-generation of the Moto 360 gave all kinds of different users and different styles a number of options to design and choose their own watch. Other watch brands have tried something similar, with Nixon being the most recent, offering a customization option for the new Mission smartwatch via their website. 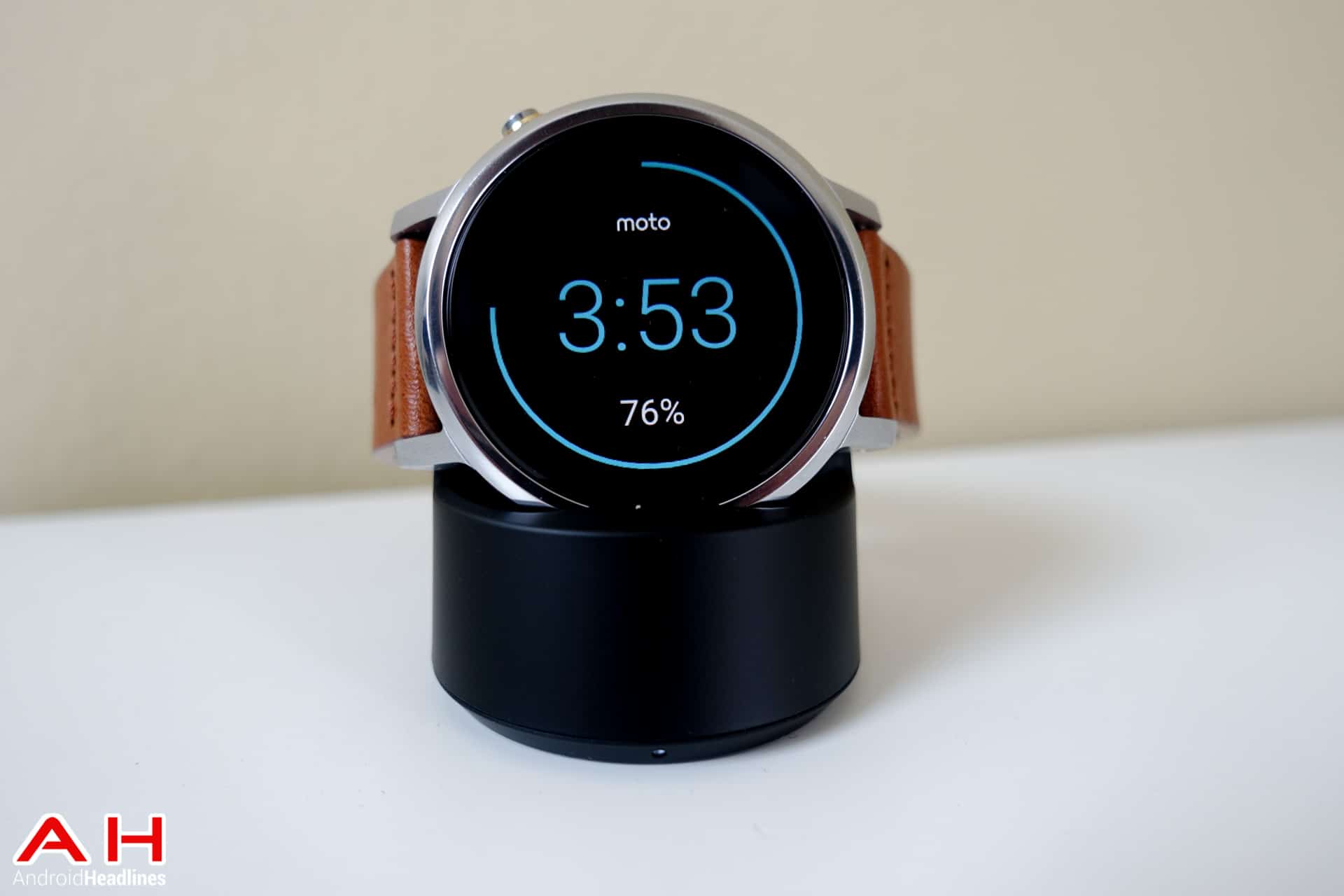 The Moto 360 was close to becoming a new classic for Motorola, with it helping to put them back on the map, perhaps more so than the original Moto X had done. I live in the Uk, so I obviously see things differently than my US friends and colleagues, but here in the UK the Moto 360 was a hot item. National carrier and retailer O2 picked up the watch for sale in their stores, and made a point of pushing it in advertising. It was the only smartwatch I have seen advertised on TV here in the UK, until, of course the Apple Watch came along. I’ve worn countless smartwatches since 2013, and while my friends know me as the smartwatch guy, the only other smartwatch I would see on the wrist of passers-by was the Moto 360, and I’m talking the original Moto 360 here, the second-generation has been less popular here. The UK is a different market when it comes to technology, and it’s arguably one more resistant to change. When people here gave up wearing a watch because their phone told the time, it was the Fitbit that people were more inclined to spend their money on. The Moto 360 was good-looking, offered people features they wanted, and wasn’t too expensive in the long run.

Now, though, there’s no Moto 360 in the pipeline, and the firm that helped build Android Wear into what it is today, has decided that there’s little point in preparing a device for a market that’s no longer lucrative for them. If this isn’t a wake-up call for Google, then I’m not sure what will be. I, of course, cannot see what other companies such as LG and Huawei have in their pipelines, but publicly, Google has given companies and users alike little reason to have much confidence in Android Wear. The platform got off to a slow start, and then once it found its footing, it was thought that it would steadily improve and add features users wanted. It did just that, but by the Spring of 2016, it seemed a cold, hard pause had been put into effect. Fast forward to the Summer, where Android Wear 2.0 was shown off with all manner of improvements, a fresh coat of paint, more independent watch features and everything else in between. Now, however, this new update has been delayed. Further delaying any hope of a shot in the arm for the platform.

Delaying Android Wear 2.0 was perhaps inevitable for Google. After all, with their being no new watches from LG, Motorola or Huawei on the horizon, who could they rely on to launch the new software version? Sure, watch brands such as Fossil, Michael Kors, Nixon and TAG Heuer are all onboard, but these are brands that have their own products to push, with little need to give Google a hand. It’s hard to see just what, if anything, had caused the delay with Android Wear 2.0. The Internet giant has all the resources they could want, and while new devices have been few and far between, the Huawei Watch – perhaps the most-popular Android Wear watch of the year – has been begging for such an update since the update to allow voice calls for the watch. 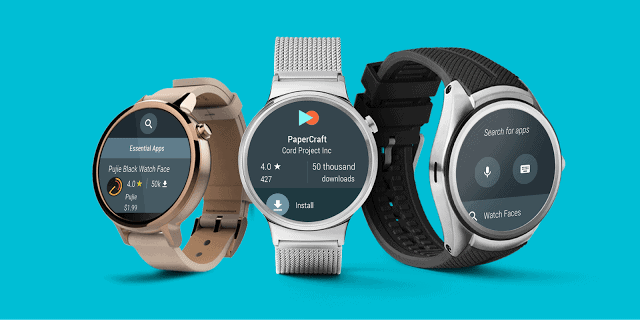 Android Wear 2.0 cannot come soon enough. I write a monthly round-up of new apps and watch faces for the platform, and it’s clear that developers are either still holding their breath, or they’ve just become fed up. It’s extremely rare I find a quality Android Wear app for this list, and this is not to take a away from the developers creating them, it’s just become clear that there are few big ticket developers interested in the platform right now. The delay of Android Wear 2.0 is something I’ve already called a mistake in the past, and while it’s easy for someone like me to point the finger, Google is very lucky to have customers like myself and others still sticking around. I’ve been wearing an Android Wear watch every single day since the platform launched, this is because I like gadgets sure, but Google will have no doubt turned off far many more users for their lack of progression in the platform. After all, Android Wear had a steady year in 2015, constant updates and new watches gave the platform a bright future, but 2016 has seemingly reversed all of that. People don’t buy a new watch every six months, or even every year, or even every two years, but there has to be some sort of constant buzz around a platform like Android Wear. As of right now, there’s very little buzz in the community. The majority of users can only hope that Android Wear 2.0 was delayed not because of a lack of resources, but purely because the team is making it the best they can. If so, it might be a resurgence for the platform, but for now, the industry and users alike have yet more waiting ahead of them.