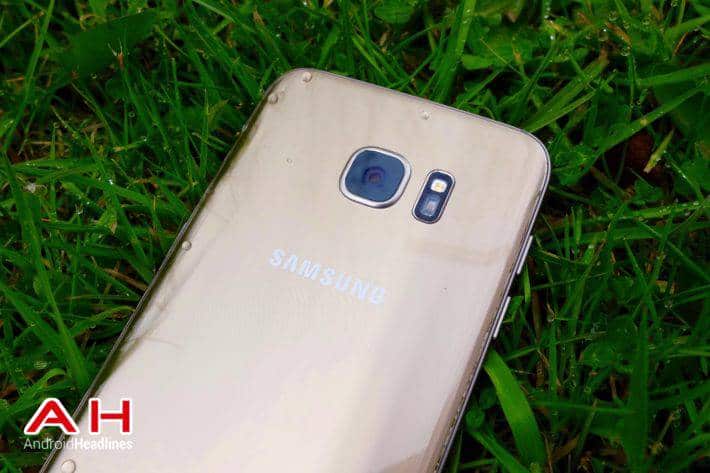 Google officially released Android 7.0 Nougat back in August this year. While some OEMs have already updated some of their flagship devices to Android 7.0 Nougat, Sony and LG for example, Samsung has been beta testing its upcoming software update for the Galaxy S7 and Galaxy S7 Edge in the UK, US, China and South Korea for a while now. And now it looks like the company is all set to release this new software update to its flagship devices, the company has already stopped accepting new registrations for the beta program, and just last week we learned that the company will skip the Android 7.0 version and will rollout the latest version of Android OS, Android 7.1.1.

Now, we're getting some more confirmation about this upcoming software update as Vodafone Australia has now updated its webpage which says that the update based on Android Nougat for the Galaxy S7 and S7 Edge is now under testing. As you can see in the image listed below, both the Samsung Galaxy S7 and Galaxy S7 Edge are now added to the Vodafone Australia's Software Update Weekly Wrap, and are showing the "Testing in progress" status, indicating that the new update could roll out very soon. This is in line with the company's promise that the Galaxy S7 & Galaxy S7 Edge will be updated to Android Nougat by the end of this year. It's not clear whether this update will be first rolled out to the Australian market and then it will be expanded to other regions later on, but anyway, it's good to see that the update is now finally getting ready for an actual rollout. Usually, when a new software is due to rollout, it's first sent to wireless carriers for testing purposes, to avoid any possible issues during actual rollout later on. If everything works out well, you can expect Samsung Galaxy S7 and Galaxy S7 Edge users to start seeing Android 7.1.1 update being rolled out to them before the end of 2016.

Android Nougat brings many new features over Android Marshmallow version. It has a new multi-window mode, which basically lets you work on two different apps at the same time; new Doze mode, which now works even when you're carrying your device in your hand or it's just sitting in your pocket; Vulkan API (on supported hardware,) to enhance graphic performance while still consuming less power, redesigned notification panel and direct reply feature, App Shortcuts (Android 7.1.1 feature) and many under-the-hood changes to improve overall performance and stability of the system. On top of all the aforementioned features, Samsung has also implemented some extra features as well on top of the base version to optimize the software to work better on its Galaxy S7 & Galaxy S7 Edge smartphones. 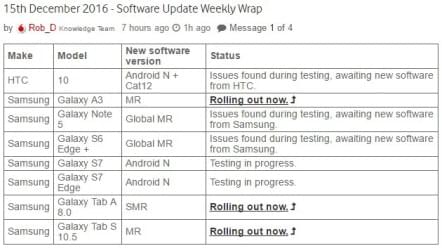