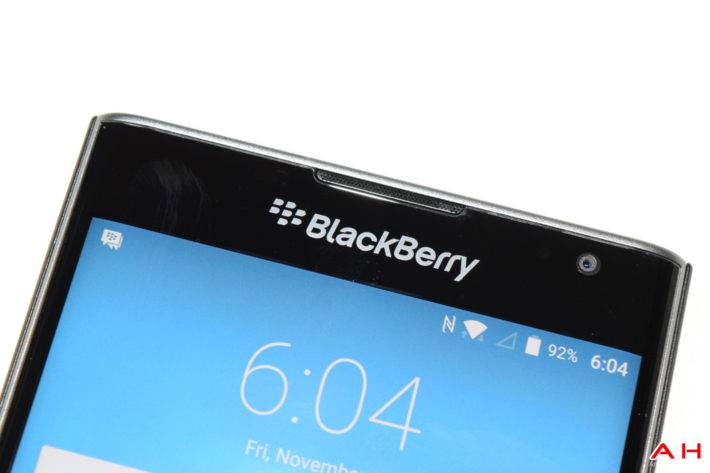 Earlier this year, the Canadian tech giant BlackBerry closed its hardware division responsible for smartphone research and development. However, despite the fact that the Ontario-based company will no longer be making its own hardware, the firm still has a lot of faith in the BlackBerry brand as a whole. As a result, BlackBerry decided to continue the practice of licensing its brand to third-party manufacturers. After debuting the DTEK50, a revamped version of the Alcatel Idol 4 made by the Alcatel-owned TCL, the company went on to introduce the DTEK60, a more premium follow-up to the said device manufactured by the same firm.

Today, Alcatel's Guangdong-based subsidiary announced a new era of its partnership with BlackBerry. In a short press release published a few hours ago, TCL revealed that it will be showcasing new BlackBerry-branded devices at the upcoming Consumer Electronics Show (CES) in Las Vegas. The new BlackBerry lineup has been described as a part of the "evolutionary first in the mobile industry" which TCL is planning to unveil at CES 2017. The wording of the announcement implies that TCL believes the BlackBerry brand is still strong enough to help the Chinese company establish a stronger foothold in the US market. Namely, the press release reveals how TCL will soon be providing a major update about its transition to "a tier one portfolio brand." While ambitious announcements are far from a rare occurrence in official press releases, what's important here is that TCL placed the BlackBerry brand at the center of its ambitions.

So, it seems likely that at least one BlackBerry flagship will debut at CES 2017. Furthermore, we've recently heard rumors of a mid-range BlackBerry Android smartphone boasting a physical QWERTY keyboard, so that's another thing to look forward to next month. Seeing how TCL's latest release specifically talks about the company going "where no other handset manufacturer has gone before," it's possible that TCL will reveal something even more innovative than just a BlackBerry-branded QWERTY device. In any case, as CES 2017 will take place in Las Vegas from January 5 to 8, it shouldn't be long before we find out what BlackBerry and TCL have in store next.