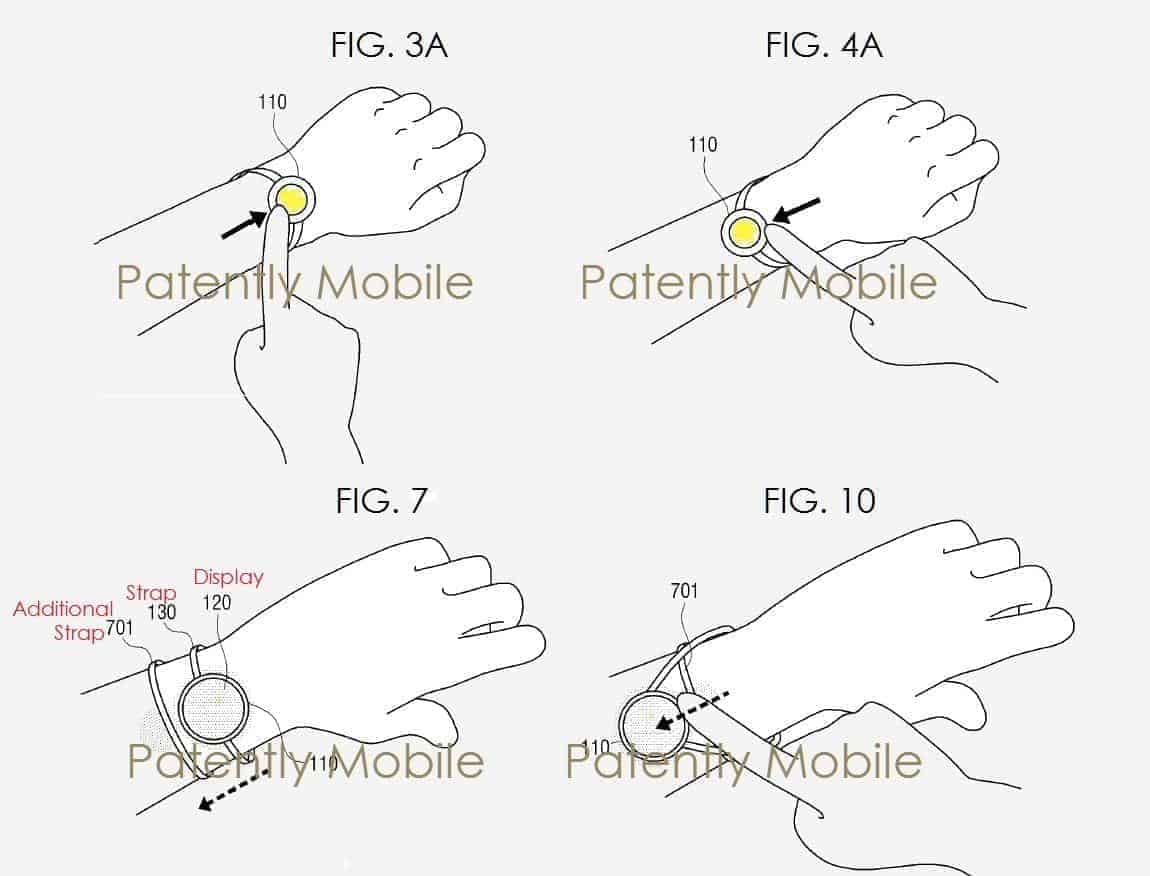 If you've ever dreamed of having a smartwatch that you could control by physically moving it about, a smartwatch that wraps around your wrist with its full length being a working display, or a smartwatch that can be hung in strange places and activated in unique ways, then you will definitely want to have a look at Samsung's newest batch of smartwatch-related patents. The patents display two, or possibly three different smartwatches with a form factor and function unlike anything on the market today. Although they don't exactly reinvent the wheel in terms of a smartwatch's core functionality, they radically expand the concept, and each patent shows a different direction that it could go in.

The first patent shown depicts a smartwatch with a secondary strap that allows users to interact with the device by moving it around on their wrist. Moving it toward the secondary strap, for example, could switch UI modes depending on what a user is doing. The angle and pressure of the primary strap's bend can play a key part in user navigation, right alongside the touch screen. Moving the watch face in other directions can also be sensed, thanks to the secondary strap keeping the whole kit in place. In another patent, Samsung shows off what could be the same device, but off a user's wrist; this particular smartwatch serves double duty as a sort of universal IoT device with programmable functions depending on where it's hung, what's happening around it, how it's hung, and what is done to it.

Another patent shows off a refinement on an earlier Samsung patent; not all that long ago, Samsung patented a special clasp for a wraparound smartwatch that fit like a slap bracelet and used a flexible OLED display, one of Samsung's in-house specialties. This time around, they've patented the entire design. The serpentine device wraps securely around a user's wrist and locks in place, rather than having a traditional clasp in the middle. The segmented design will likely allow a user to somehow ask the watch to straighten somewhere in the software menus, at which point it could possibly function as a smartphone. As a smartwatch, the idea would give a ton of new surface area for displaying content and text, and for user interaction, pitted against normal smartwatches.