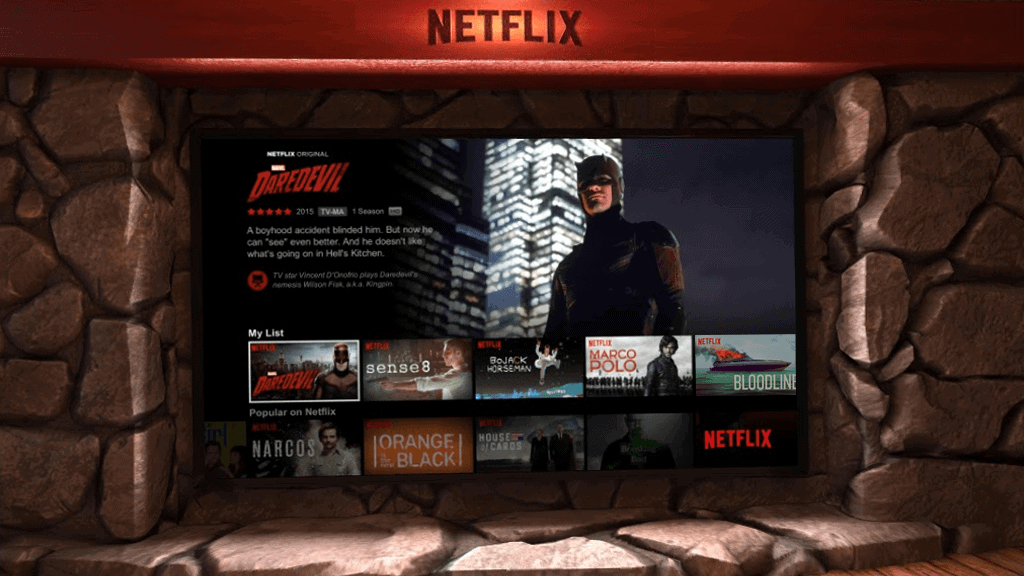 Ever wanted to watch your favorite Netflix shows in virtual reality? Well now you can. Netflix just recently launched their brand new 'Netflix VR' app onto the Play Store, that will work with the Daydream View. Like Hulu's VR offering, Netflix also has you sitting in a virtual room watching your content on the big screen. So you can look around and see a fireplace, and even other people. It's a pretty cool experience, especially since the majority, if not all, of their catalog is not in 360-degrees. Now you'll be able to sit on your couch and binge watch the entire season 2 of Fuller House, which just landed on Netflix yesterday.

Netflix made an interesting decision here, to build their VR offering into a brand new app for Android users. Hulu has it built into their Android app. But with Netflix, you'll need to download the Netflix VR app, as well as the regular Netflix app, if you want to watch Netflix outside of the Daydream View. The Netflix VR app is only available for Daydream View users, unfortunately, it does not work with Google Cardboard or Samsung's Gear VR. In fact, unless you have a Daydream-enabled smartphone, you won't be able to download it from the Google Play Store. Remember that the Google Pixel, Pixel XL, Moto Z, and the Huawei Mate 9 are all Daydream ready smartphones.

Daydream just recently launched, after having its hardware announced back in October at Google's big hardware event. It's still a very young platform, but it is definitely nice to see more and more content coming to the Daydream platform. Daydream was marketed as a step above Cardboard, but not competing with the likes of the Oculus Rift or HTC Vive, which cost over $500 in their own right. Instead, the Daydream View costs just $79, making it a lower price point than even the Gear VR, which is probably the best virtual reality headset for mobile devices at this point. Daydream is still limited in device availability, but that should be changing over the next few months, especially as we get into CES in a few weeks.