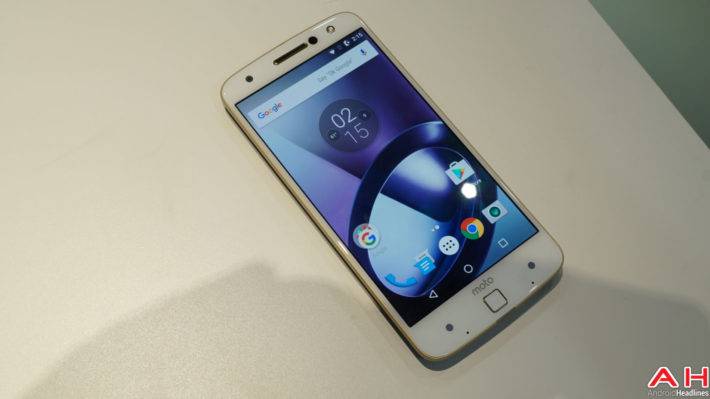 Motorola have released a second software update for the Moto Z flagship device running Android 7.0 Nougat. This update, which consists of a 540 MB download, is available for those devices that were updated to Android 7.0 Nougat as released in November 2016 and fixes the low notification volume bug that many customers have reported. Motorola’s new software build version is NPL25.86-17-3, succeeding the November update to Android 7.0, which carries build number NPL25.86-15. Disappointingly, Motorola have not updated the version of Android to 7.1 Nougat although this was perhaps optimistic given that Android 7.1 Nougat has only recently been released. However, of more disappointment is that the new software does not include Google’s December (or even January 2017) security patch updates: it still carries the November security patch date. As with other software updates, if your device receives the notification, it is recommended that you both have a fully or near-fully charged device and it is plugged into the charger before starting the update process, which can be expected to take some time.

For customers running Motorola’s November release of Android 7.0 Nougat for their Moto Z devices, the new software update will automatically arrive. However, for the impatient, the device may be prompted to check for updates using the Settings and About menu option. It typically takes several days or sometimes a couple of weeks for software updates to be rolled out across a device family as manufacturers deliberately stage the rollout to avoid overloading the download servers and also so that should a critical bug be discovered, fewer devices may be impacted before the update can be stopped at the server source.

In the past, Motorola have explained that they will not be carrying out regular, monthly software updates for the Moto Z family of devices but will instead be combining updates into a less frequent, but more substantial, schedule. It appears that the Motorola software development team are being encouraged to instead concentrate on the bigger software updates as we have recently seen Android Nougat being released for the Moto G4 and Moto G4 Plus devices. This approach differs from other manufacturers, such as BlackBerry and Samsung, where they work on releasing monthly security patches and more major updates take longer. 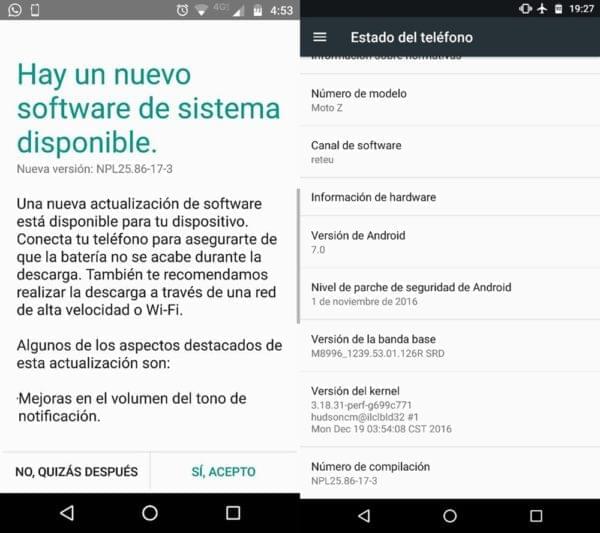