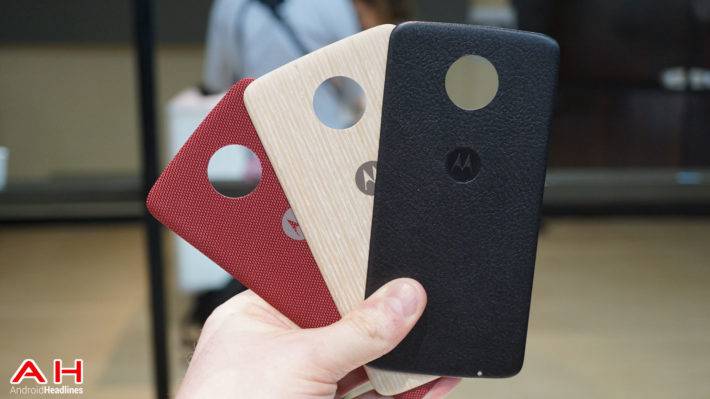 Earlier this year Lenovo and Motorola have put the concept of modularity into practice and announced the Moto Z series and the so-called Moto Mods. These high-end smartphones are treated with a magnetic back panel which can accommodate a series of magnetic covers – Moto Mods – designed to enhance their functionality, but up until now only a handful of Mods have been released to consumers. Nonetheless, Lenovo is apparently planning on making more Moto Mods available to Moto Z owners, and according to a recent interview, Lenovo and Motorola are now committed to releasing around 12 Moto Mods every year.

According to a recent CNET report citing Lenovo’s Moto Mods director, John Touvannas, the company’s “goal is to get more Mods out this year than we did last year, no question”. As a matter of fact, the report adds that earlier this week, Lenovo’s Motorola executives told “a small group of journalists” that the company is committed to launching at least 12 new Moto Mods every year. It’s worth noting that Lenovo’s fiscal year starts in April, but regardless, January 2017 will also be an interesting month for Moto Z owners as Lenovo intends to launch an Indiegogo campaign next month in order to get more developers invested in their concept. Thus, throughout the campaign, developers who will showcase the best ideas for Moto Mods will receive a Mods kit which will help them with creating their own prototypes.

As for what future Moto Mods will have in store for consumers, Lenovo and Motorola haven’t really touched on this particular subject, but there is a possibility that at least some future Mods will aim to improve photography. Much like the JBL speaker Moto Mod “replaces” the on-board speaker of a Moto Z smartphone with a more powerful alternative, a camera-centric Moto Mod could push the handset’s image capturing and recording capabilities to new heights. There already are plenty of other interesting ideas for what could make a Moto Mod appealing, including Mods for 5G networking, remote controls, game controllers, and e-readers to name a few. Last month Motorola confirmed that the Moto Z could receive support for Google Tango through a Mod, and the company has also experimented with the concept of a Moto Mod equipped with a small display, which would allow users to capture selfie shots with more ease using the smartphone’s rear-facing camera. Needless to say, as more Mods will be making their way on the market, 2017 should be a much more interesting year for Moto Z enthusiasts.