The Motorola Moto Z Play is not the most powerful smartphone the company had introduced this year, it’s inferior to the Moto Z and Moto Z Force, but despite that, the Moto Z Play is one of the best mid-rangers available out there at the moment. Having that in mind, this smartphone is compatible with the Moto Mod accessories, and it resembles the Moto Z’s design quite a bit, so if you like the looks of the Moto Z, chances are you’ll like how the Moto Z Play look as well.

It is worth noting that the Moto X Play was spotted on GFXBench the other day with Android 7.0 Nougat as well, so it seems like last year’s, and this year’s Moto-branded ‘Play’ smartphone will get the update soon. It is possible Motorola will start rolling out Android 7.0 Nougat for both of those smartphones before the end of this year, but we’ll see. The Moto Z Play is made out of metal and glass, while it sports a 5.5-inch fullHD Super AMOLED display, The phone comes with 3GB of RAM and 32GB of expandable internal storage, while it is fueled by the Snapdragon 625 64-bit octa-core processor. If you’d like to know more about the device, check out our full review of the Moto Z Play. 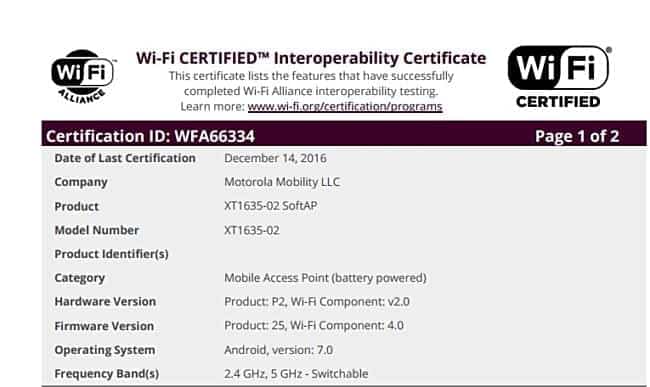