The Moto X Style (also known as the Moto X Pure Edition) handset was released back in July last year, and it’s not the most recent smartphone, but it will get Android Nougat update, Motorola confirmed that back in October. That being said, the Moto X Style handset running Android 7.1.1 Nougat just popped up on GFXBench. If you take a look at the image below this article, you’ll get to see the listing we’re talking about here, and the Android version is highlighted at the very top of that image.

The Moto X Style was the last Moto-branded flagship phablet to hit the market, and even though its specifications are no longer high-end, this is still a very capable smartphone. Not only does it sport a 5.7-inch QHD display, but it comes with 3GB of RAM, and it is fueled by the Snapdragon 808 64-bit hexa-core processor. The phone also packs in a 21-megapixel camera on the back, and comes with a 5-megapixel front-facing shooter. The Moto X Style sports a frame made out of metal, and its back cover is replaceable, no matter whether you prefer rubber, wood, or some other material on the back, there are a number of versions available out there.

That is more or less it, the Moto Z flagship already received the Android Nougat update, so did the company’s Moto G4 and Moto G4 Plus smartphones, which could mean that the Moto X Style could be next in line, and could get the update in the near future. As it’s usually the case, we’ll make sure to let you know once that happens, so stay tuned. 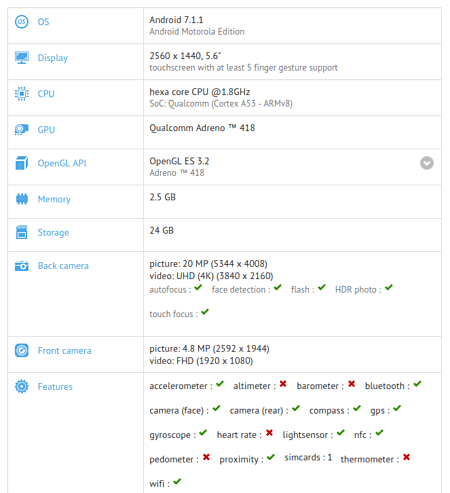