Microsoft Office for Android is an essential productivity tool for anyone on the go. Although it does not quite have every feature available on the desktop version, it provides a great mobile alternative to the PC versions of Word, Excel, and PowerPoint. When working across multiple devices, however, another matter of importance becomes apparent, the need to keep your files up to date and accessible from anywhere; this is where cloud storage comes into play. The most obvious cloud storage option for Microsoft Office is OneDrive, Microsoft’s own cloud service. However, in recent years, the company has added Dropbox integration into their Office applications, which allows users to access their Dropbox files directly from the application’s menu.

Now, Microsoft has decided to give users even more cloud storage options. As of the time of this writing, they are supporting OneDrive, Dropbox, Box, Egnyte, and Tencent. Soon, the company plans to support more providers as well, including Citrix Sharefile, Edmodo, and Learnium. Microsoft promises that the list of supported providers will grow over time. To get set up with the cloud storage option of your choice, open one of the Microsoft Office Android apps, and find “Add a place” from the menu, which will prompt you to select a cloud storage account. Changes to your documents will be saved automatically, and files can be loaded directly from the cloud account.

This enhanced cloud integration feature has been available on iOS for quite some time and is now becoming available to Android users as well. While it may come as a surprise that Microsoft is integrating third-party services rather than attempting to push customers to use their own service, it is surely a decision that will be appreciated by their customers. Now, Microsoft Office users can use the cloud storage services of their choice, and still take advantage of the convenience of having access to those services from within the Microsoft Office applications, which is a benefit that could serve as a selling point to those interested in giving Microsoft Office for Android a try. The Microsoft Office for Android applications are available individually as standalone downloads, rather than as a single application, and can be found by following the links below. 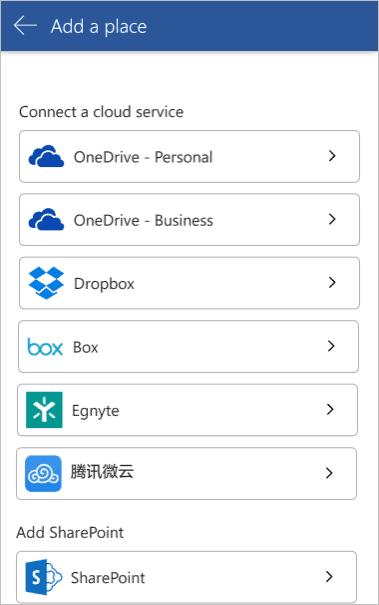