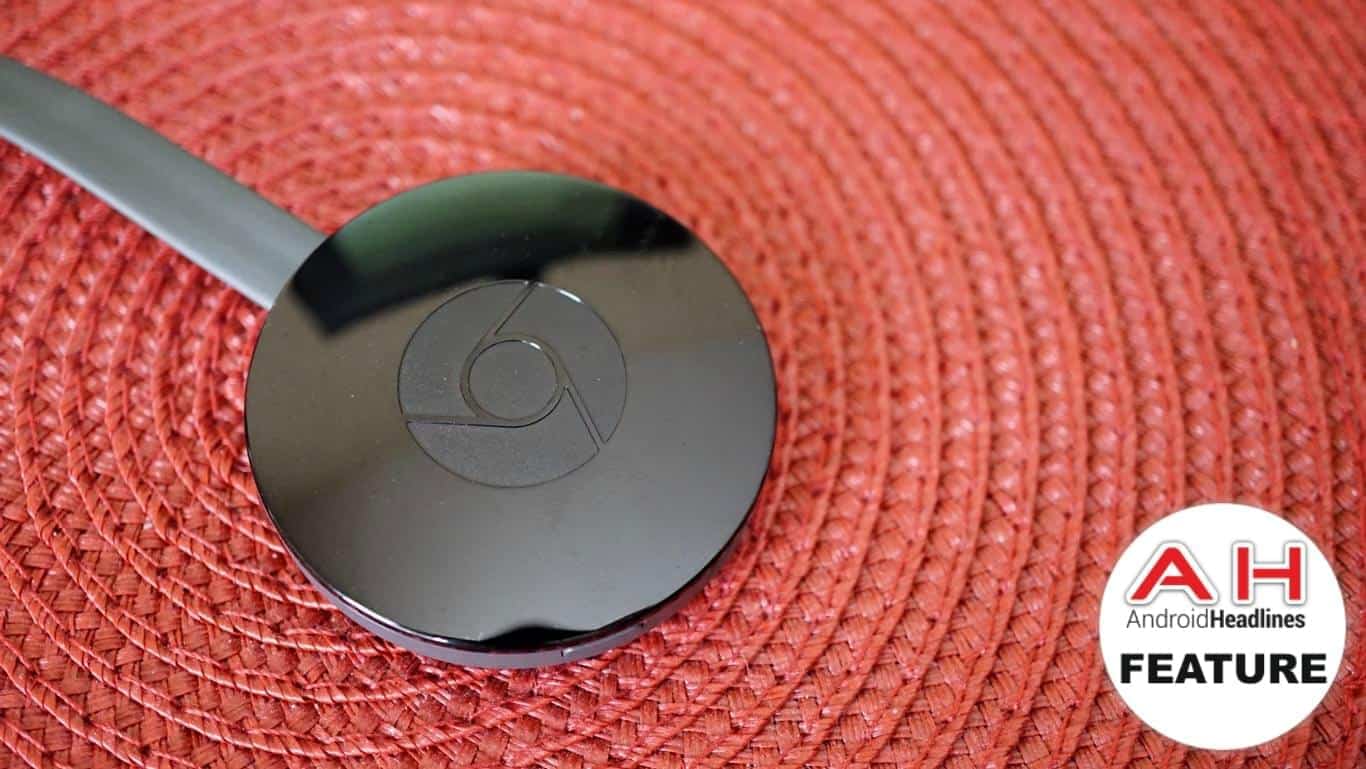 Google's Chromecast is a pretty neat little dongle that can turn virtually any TV with an HDMI port, into a smart TV. The way Chromecast works, is it essentially connects to your smartphone, tablet, or laptop over the internet through WiFi and it allows you to "Cast" content over to your TV. So you are able to Cast movies onto the big screen, as well as games, music and even a tab from the Chrome browser on your laptop. Chromecast is available for just $35 (although you can typically find it on sale for just $25), and it's definitely worth picking up. We'll be taking a look at ways in which you can use Chromecast at Christmas time to make for a more festive experience for all, especially if you are having family and friends over for the Holidays. 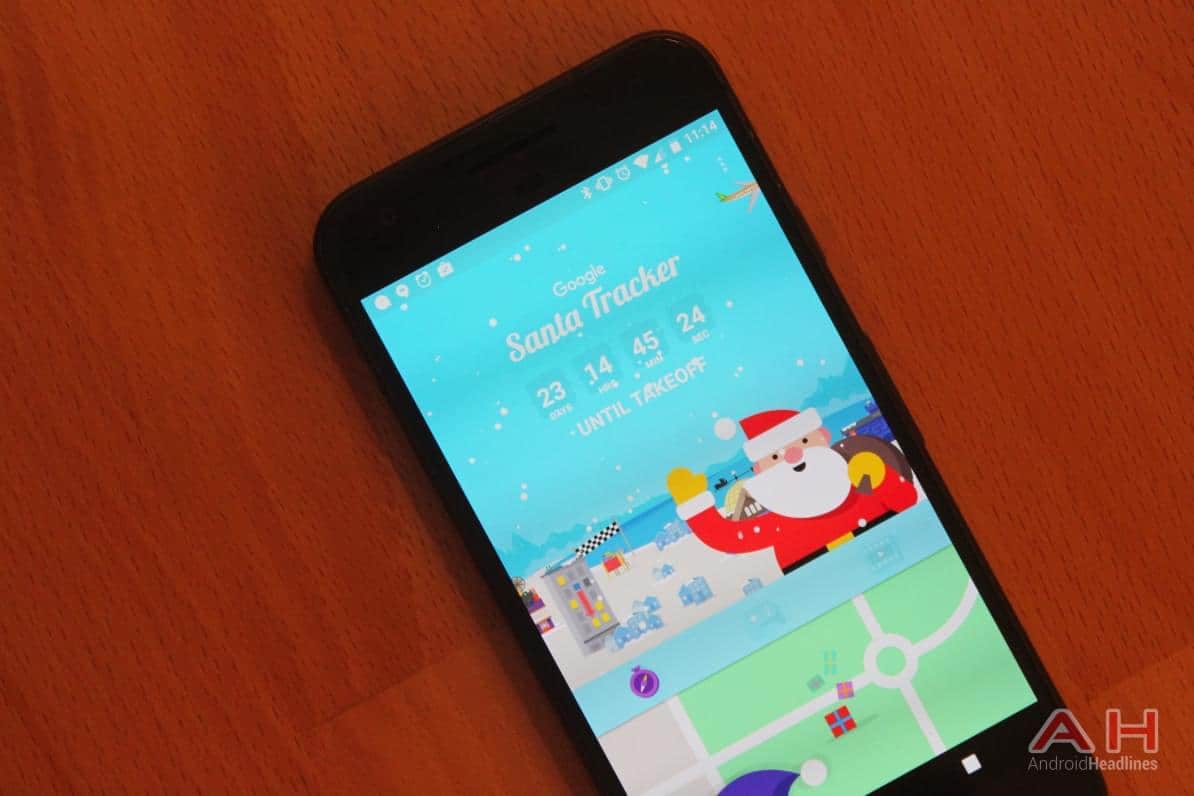 This is a fun one for kids, as you can track where Santa is off to on Christmas Eve, on the big screen. The Google Santa Tracker doesn't do a whole lot until December 24th. And it doesn't do anything on Chromecast until Christmas Eve, you can't even play the included games with Chromecast until Santa starts hit journey on December 24th. Which is a bit sad, but once Christmas Eve gets started, he'll be on your big screen showing you exactly where on Google Maps he is, before coming to your home to deliver presents. As long as you're on the nice list. 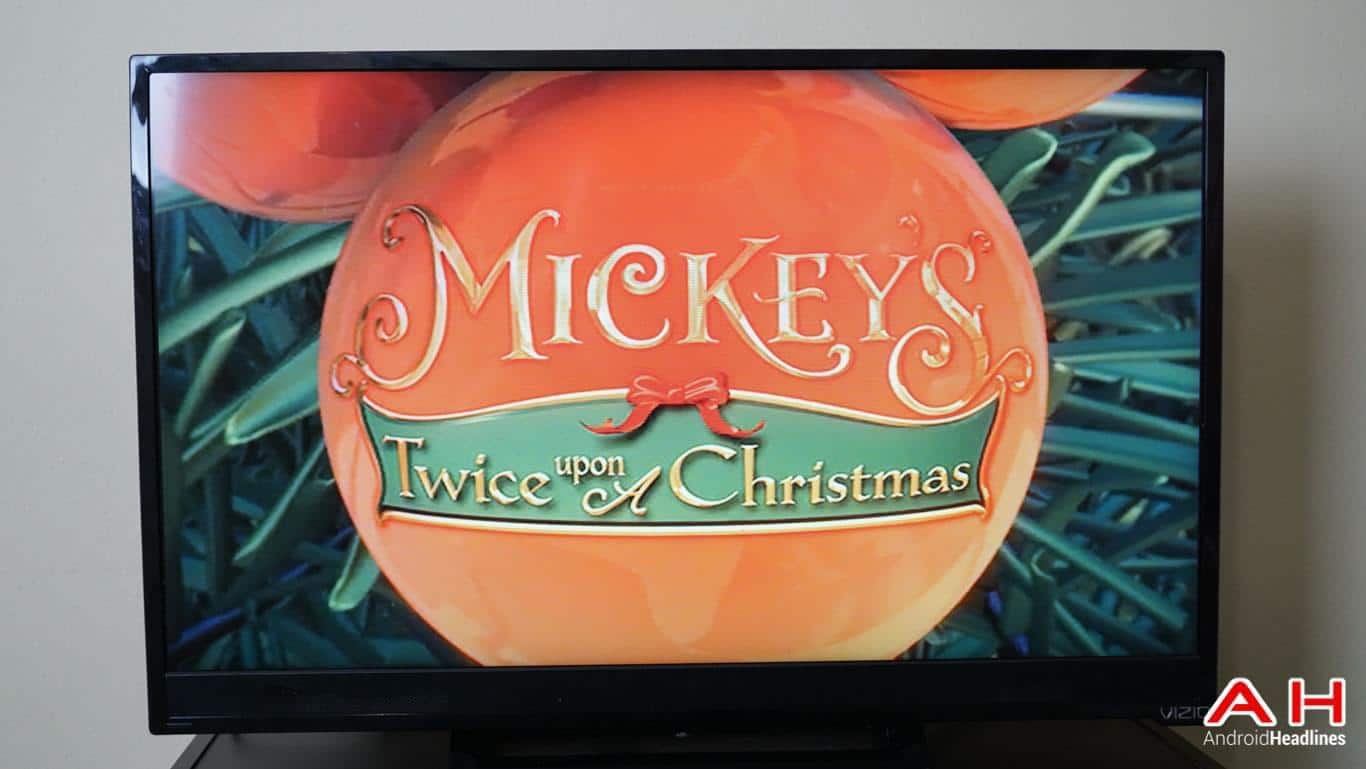 Over on Netflix you'll find loads of great Christmas movies, and the great thing about Chromecast is that anyone can Cast content onto the TV without having to connect to your WiFi network. So whether you're watching Scrooged, White Christmas, The Legend of Frosty the Snowman or any other Christmas-themed movie, you'll be able to throw it on the big screen, grab some popcorn and enjoy. Of course, you can find plenty of other non-Christmas movies on Netflix as well, that are worth watching. 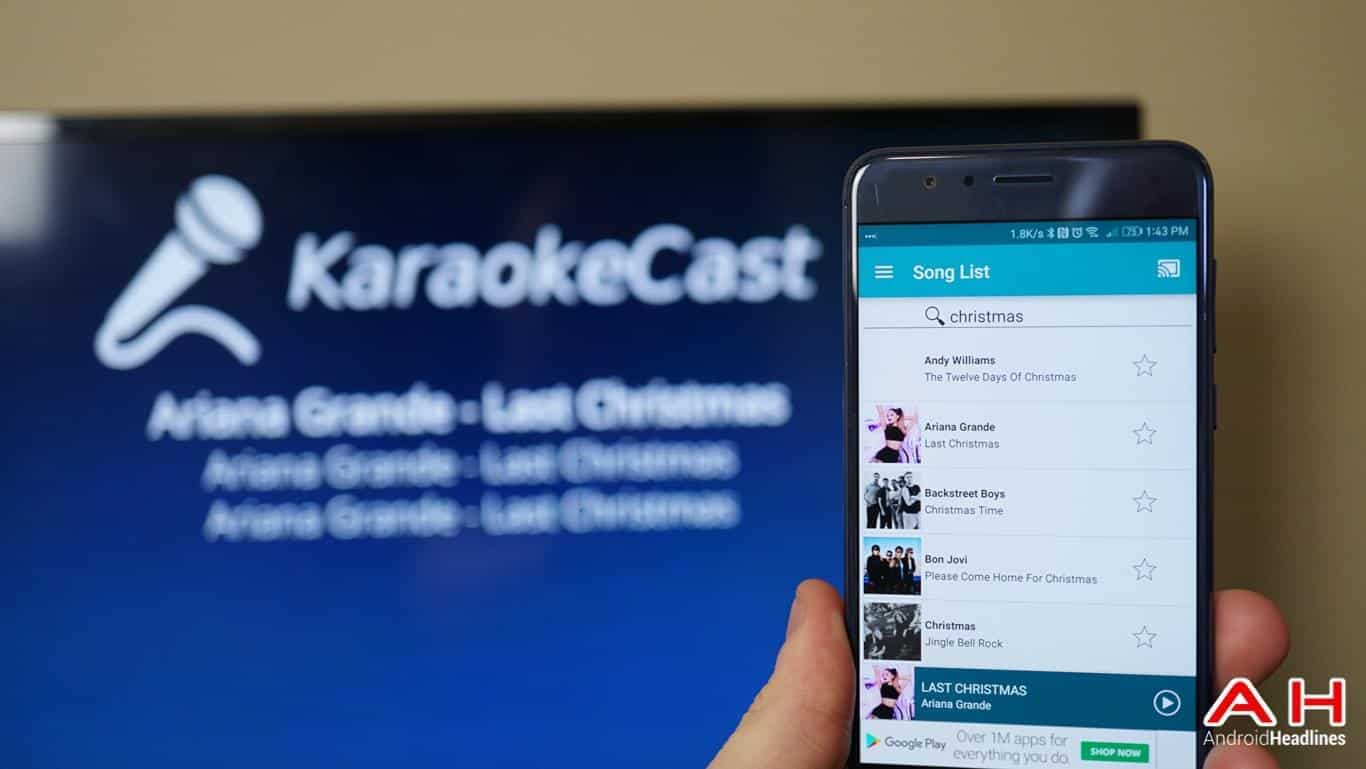 Why not have some fun over the Holidays with the family and get some Karaoke in. KaraokeCast allows you to play Karaoke from your smartphone, while using your entertainment system. By using it on the big screen, over Chromecast, everyone is able to see the words to the song you're singing, and it's just a whole lot of fun for everyone that is involved. KaraokeCast has over 5,000 songs available for you to sing, and the app is free with some in-app purchases. 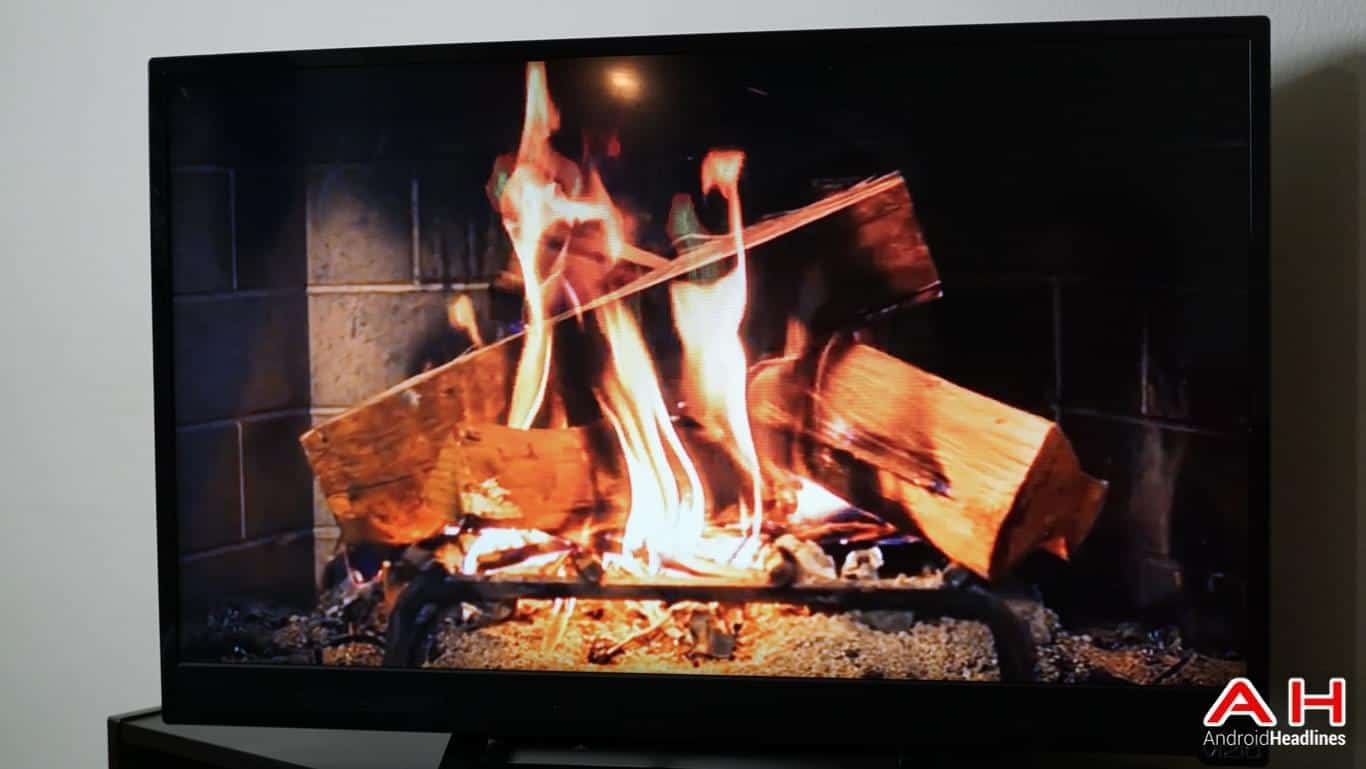 Don't have a fireplace at home? There is an app for that. However, it's worth noting that the app was not able to play on Chromecast for us. There is a button to connect, and it does connect, it just wouldn't play on Chromecast. But that doesn't mean you can't get a fire place on your TV. There is a video on YouTube, about 30-minutes long, that is what is included in the app. So you can easily cast that from your phone, tablet or even laptop, to your TV and have a fire place anywhere. Without the mess that usually comes with fire places these days. 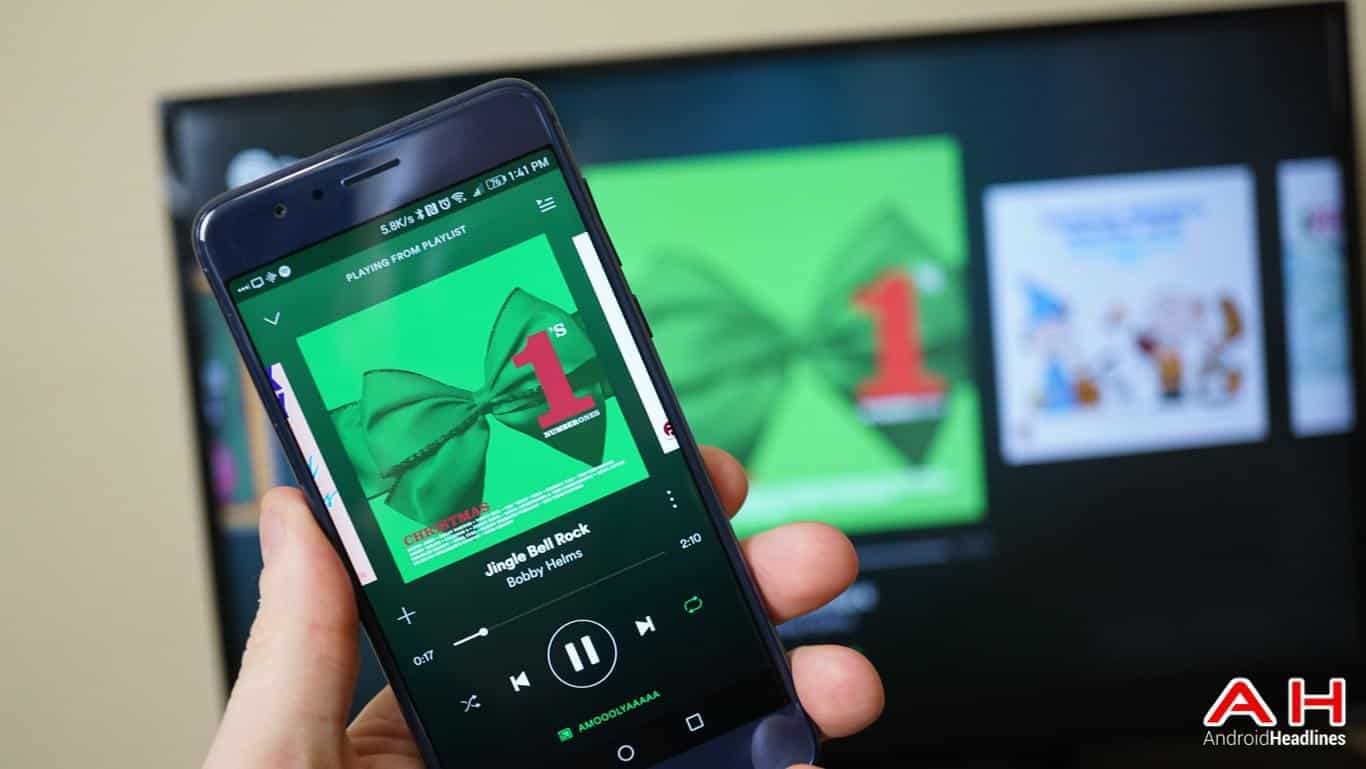 Who doesn't love playing some Christmas music during the Holidays? Spotify can help with that. There are plenty of Christmas playlists available, curated by the Spotify team as well as other users of the service. And now that Spotify finally has Chromecast support, you can toss Spotify onto the big screen and play your favorite Christmas songs from there, and get even higher quality sound (since it's streaming over WiFi as opposed to Bluetooth). Spotify doesn't require a subscription to listen to music on your smartphone or tablet, either. 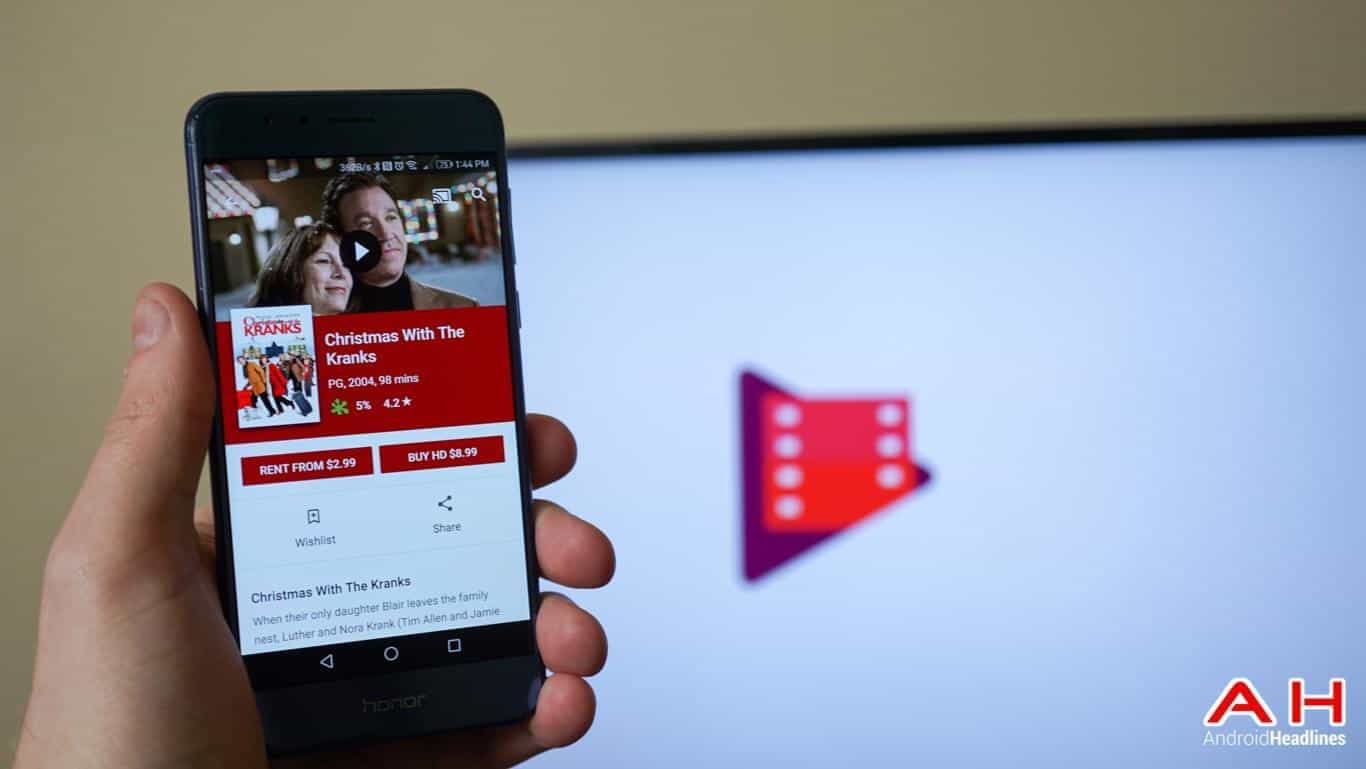 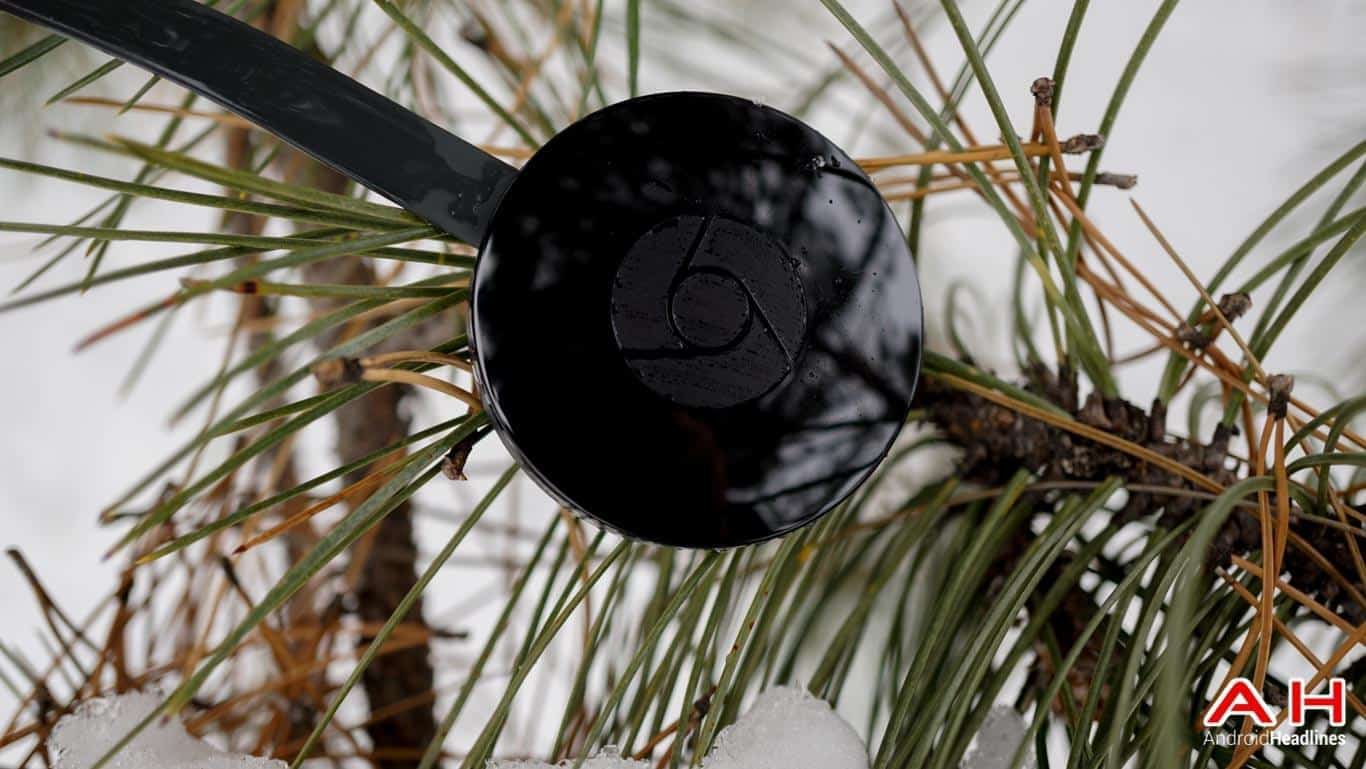 With Chromecast, there are all kinds of ways to enjoy the Holiday season. From listening to music while you're wrapping presents, to watching Christmas movies and even keeping track of Santa. There's plenty more ways to have fun with Chromecast as well. Chromecast has become one of Google's best selling products, and it's not hard to figure out why that is. Considering how easy it is to use Chromecast, the price to pick one up and the amount of apps that support Chromecast, it's no wonder it's a hit.

There are three different Chromecasts available, but we'll focus on two. There's Chromecast and Chromecast Ultra. The 2nd Gen. regular Chromecast was announced last year, and it allows you to stream in up to 1080p resolution. Chromecast Ultra works the exact same way, but the only difference here is the fact that the Chromecast Ultra is about twice the price and it streams in up to 4K resolution. Now if you don't have a 4K TV, it's not really worth the price of picking up a Chromecast Ultra. But if you do, that extra resolution is going to definitely come in handy. The third Chromecast is Chromecast Audio. It's essentially the same as the original Chromecast, but it's built for speakers. So you can plug this into any old speaker and immediately have the ability to stream your favorite music to the speaker over WiFi. The reason why WiFi is better for streaming music is because it has more bandwidth than Bluetooth, so it can support higher quality music. You can pick up all three from the links below.