Qualcomm's upcoming Snapdragon 835 mobile chipset has been the subject of numerous leaks and rumors lately, and now it seems to have finally made its way to Geekbench. Much like the MediaTek Helio X30 before it, a benchmark at a lowered speed has popped up, showing us a processor that can just about keep pace with current flagships when it's sitting at a lower clock speed. The reference device that was used for testing (as you can see in the attached image), boasts 4 gigabytes of memory and is otherwise pretty barebones. These factors mean that we don't get to see just what kind of scores it can pull down in a natural environment just yet. Although, it is largely expected to be a processor that is more powerful and capable than what has come before.

It is worth pointing out here that the benchmark on show does not explicitly state that it's for a Qualcomm Snapdragon 835 processor. However, the score, combined with a unique chipset identifier (that hasn't been seen on Geekbench before), seem to indicate that this is actually the Snapdragon 835 that we're seeing. Although this is its first time through Geekbench, it has made a pass through GFXBench in the past. From what we know about the Snapdragon 835 thus far, it's supposed to be able to leave the Snapdragon 821 in the dust with a margin of about 27%, and should be around 40% more power efficient than the Snapdragon 820 is.

Qualcomm first announced the chip on November 17, with a smattering of new features like Quick Charge 4.0 on board. It's unclear just how long the chip has been in development before being announced, but this benchmark showing up means that the chip is likely to be near market-ready. Which does fit in nicely with the news that Qualcomm will be showing off the next-gen processor (in some capacity) at next year's CES event in Las Vegas. The powerful new chip has been a mainstay of tech news since its announcement and especially given the massive number of changes and improvements that it is expected to introduce. Although, while the rumors are still rampant about 2017, there has been very few confirmations coming through on which flagship devices will definitely be touting the Snapdragon 835. 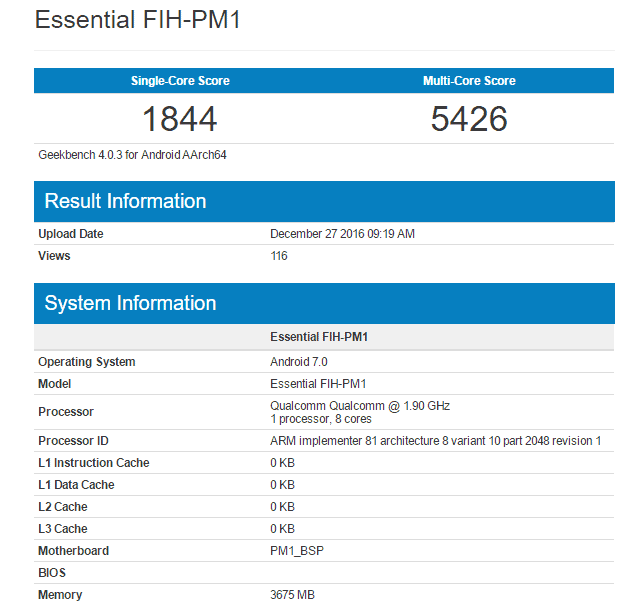