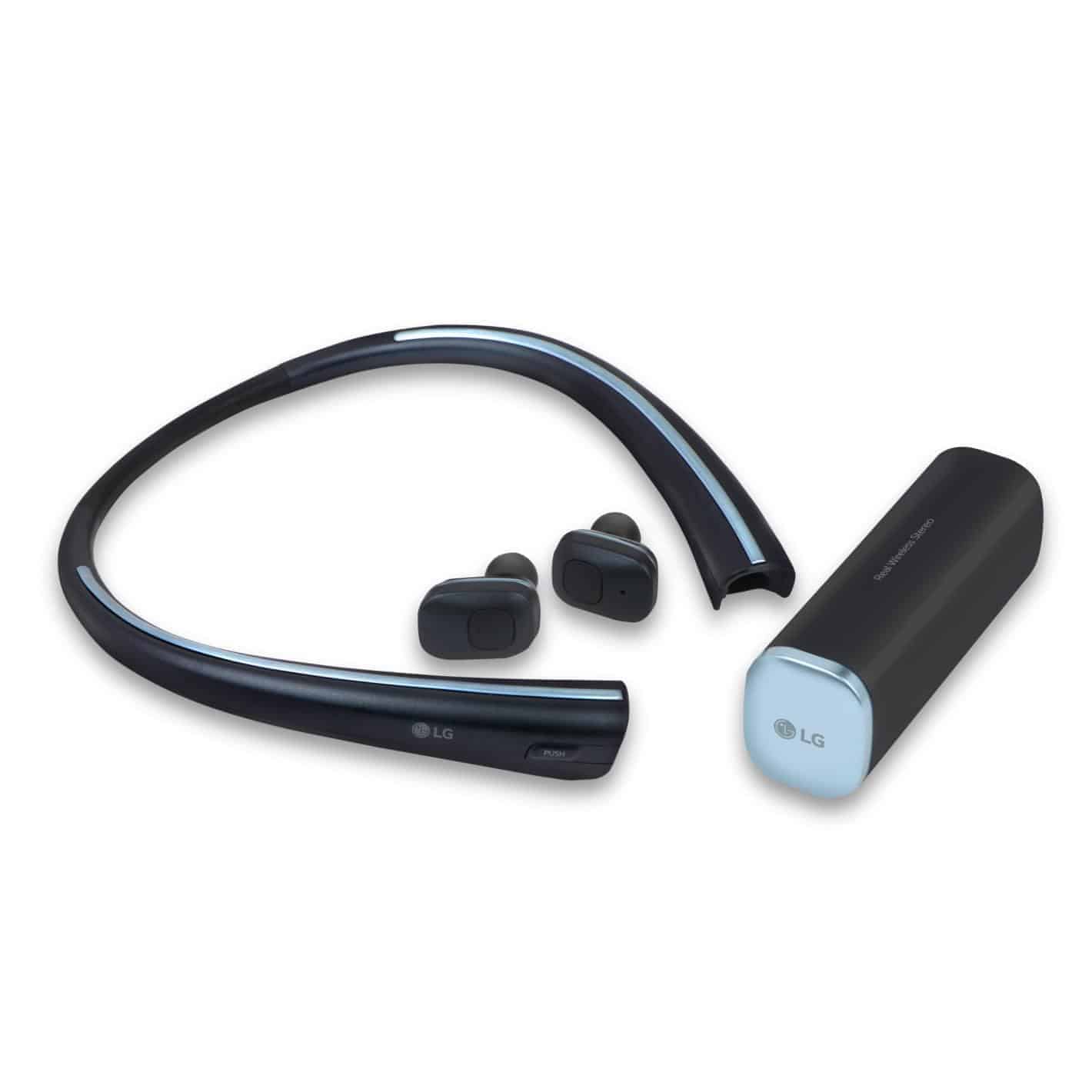 LG will showcase new TONE wearables at CES 2017, as the electronics manufacturer has just announced two new additions to their TONE line up of Bluetooth wireless devices called the TONE Free and the TONE Studio. Although people typically think of CES as a big trade show where companies will unveil new mobile devices like smartphones and tablets, these aren't the only devices that tend to make their way to the event. It is after all, a consumer electronics show and this includes all sorts of consumer electronics, including the likes of wearables in LG's TONE series. More to the point, CES usually has more items like this to see than phones, as those those usually end up making a bigger splash at the next big event, Mobile World Congress, which is much more mobile focused and takes place at the end of February.

All that said, LG's new TONE Free and TONE Studio are two devices aimed at different consumers. The TONE Studio are a pair of wearable Bluetooth speakers, equipped with a total of four speakers on the entire unit, designed and meant to deliver a personal audio experience unlike ever before in the TONE lineup, which includes a duo of full range speakers towards the top of the wearable neckband, while two vibrating speakers populate the bottom end. While you might wonder about the reasons for wanting such a device, LG lays out a perfect example by referencing personal surround sound. Customers who want to feel like they're immersed in their audio for a movie, TV show, or music but don't want to wear headphones should be able to expect a similar type of surround sound experience from the TONE Studio. The TONE Studio are more than just a personal surround sound device, too, as they can be connected to a second pair to share the experience with another, and they're also equipped with a Hi-Fi DAC to enhance the sound.

The second device which LG has just announced are the TONE Free, which is LG's latest device in the long-running series of Bluetooth wireless headphones. The TONE Free have a handful of useful new features, such as the ability to charge wirelessly when the earbuds are stored inside of the neckband when not in use, as well as charge wirelessly using the option cradle that can act as a sort of battery pack, not unlike Samsung's Gear IconX. Of course, therein lies the most exciting part about the TONE Free are that they are essentially LG's first pair of truly wireless earbuds, and the neckband itself is not actually part of the listening experience. They merely act as a way to charge and store the earbuds while also allowing the user to wear the neckband and access their earbuds at a moment's notice for easy convenience. The neckband does have its own functions, as LG states that it will vibrate for incoming voice calls as well as messages. The TONE Free are also voice-enabled, so you can speak to the earbuds and complete certain functions like rejecting a call. Alongside the TONE Free, and TONE Studio, LG also plans to show off the latest TONE Infinim model, as well as the TONE Ultra which LG has partnered with JBL to produce. All of these will be on site at CES for event goers to see during the event. In addition to new TONE wearables, LG is also slated to unveil a levitating Bluetooth speaker at the same event.