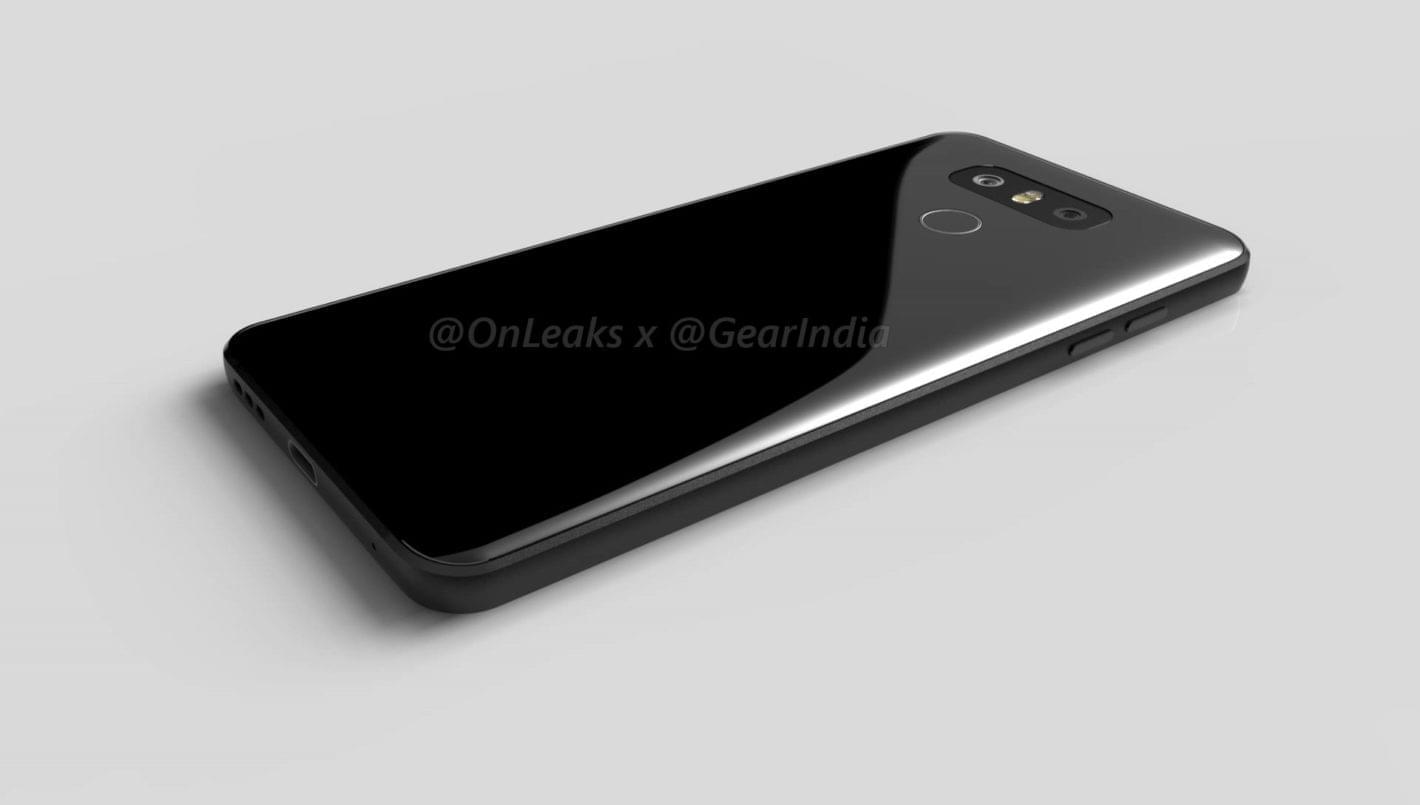 New renders have leaked which show the potential design for LG's upcoming flagship – the LG G6. Although these wouldn't be the first LG G6 leaks to showcase a possible design for the new phone, they are so far the most complete picture of what the device may look like, and perhaps unsurprisingly they aren't too far of a departure from last year's LG G5, save for the modular aspect which is not present. That being said, there are definitely some inspirations taken from the LG G5 design, like the camera and flash module in the middle with the fingerprint sensor just below it, and it at least seems to have a very similar shape to the LG G5 as well.

When it comes to the rest of the phone's design, judging by the renders it looks like LG is sticking with the use of a metal frame and metal back, complete with a nice chamferred edge on the front and the back, although it appears the battery cover will be removable similar to the way LG has implemented it on the LG V20 and past LG devices, instead of having it remove from the bottom like on the G5 from this year. It also looks like LG will be using USB Type-C for this device if the renders are indeed accurate depictions of the phone's final design, and there appears to be just one single speaker which resides to the side of the charging port on the bottom.

The renders show a 3.5mm audio port up top unlike some other OEMs which have chosen to forego the audio port and instead utilize USB Type-C for plugging in headphones. There will be a front-facing camera, naturally, and it looks like the dual LED flash and dual camera setup on the back will return for another go. The overall shape looks very similar to the shape of the recently leaked design schematic for the G6 which showed up earlier this morning, right down to the placement of the camera module and fingerprint sensor as well as the volume rocker and power button on the left hand side of the phone when viewing it from the front, so that makes these renders more likely to be what the LG G6 will look like. With that said, since these are just renders the design has not been confirmed, and there is still some time between now and Mobile World Congress where LG is likely to unveil the new phone.