To say smartphone cameras have improved significantly over the years would be an understatement. The quality we get out of our phones now doesn’t just meet that of dedicated consumer-grade cameras of yore, it wildly exceeds them on almost every level. That doesn’t mean you can’t take a bad shot though, and it’s likely that you may have run across a few sub-par shots along the way, even on the latest and greatest like the Google Pixel or the LG V20 for example. Out of the box most smartphones are configured for a good camera experience, but there are a few things to consider when taking pictures that can help you get the absolute best out of your camera. 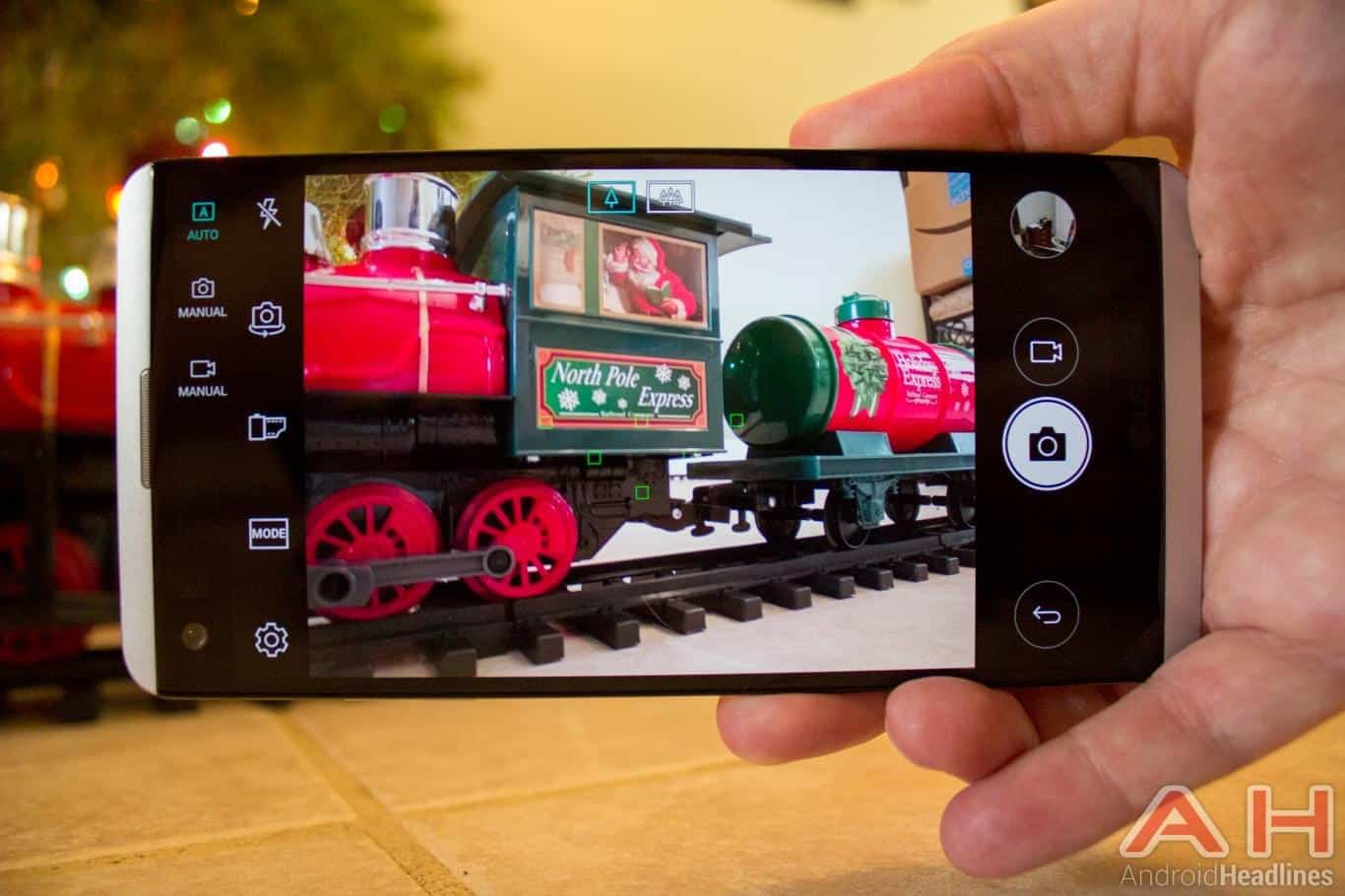 Most high-end smartphones have been shooting 4K video for a few years now, but image stabilization is something that has only truly caught on for most models in the last year or so. This year quite a few phones debuted with brand new image stabilization technologies, and it’s this portion we want to make sure everyone gets the most out of on their new smartphone. Samsung, LG and Google all debuted brand new methods of keeping that camera stable despite lots of shaking. You’ll want to make sure these features are enabled though, as some phones don’t turn them on out of the box. Many phones will require you to switch to video mode before being able to edit the settings, but however way yours manages these settings, you’ll want to make sure stabilization is on. Here are a few examples of how to enable this crucial feature: Second in video is more of a big no-no that many folks do, simply because it’s the easiest way to hold the phone with one hand. Vertical video really should never be used in any normal circumstance. Some apps like Snapchat rely on vertical video to keep continuity with the app’s presentation, however almost every other situation should call for standard, horizontal video. No one wants to see a vertical video when playing it back on a TV or other device, it simply doesn’t work and you’re left with horrendously huge side bars on the left and right sides that make the video incredibly difficult to see. Not only that but vertical video unnecessarily crops the sides of important action happening, and it’s really just plain awkward to watch these types of videos no matter if it’s on a phone or another device. Do everyone a favor this year and don’t record vertically, it doesn’t hold up well and it looks even worse to boot. 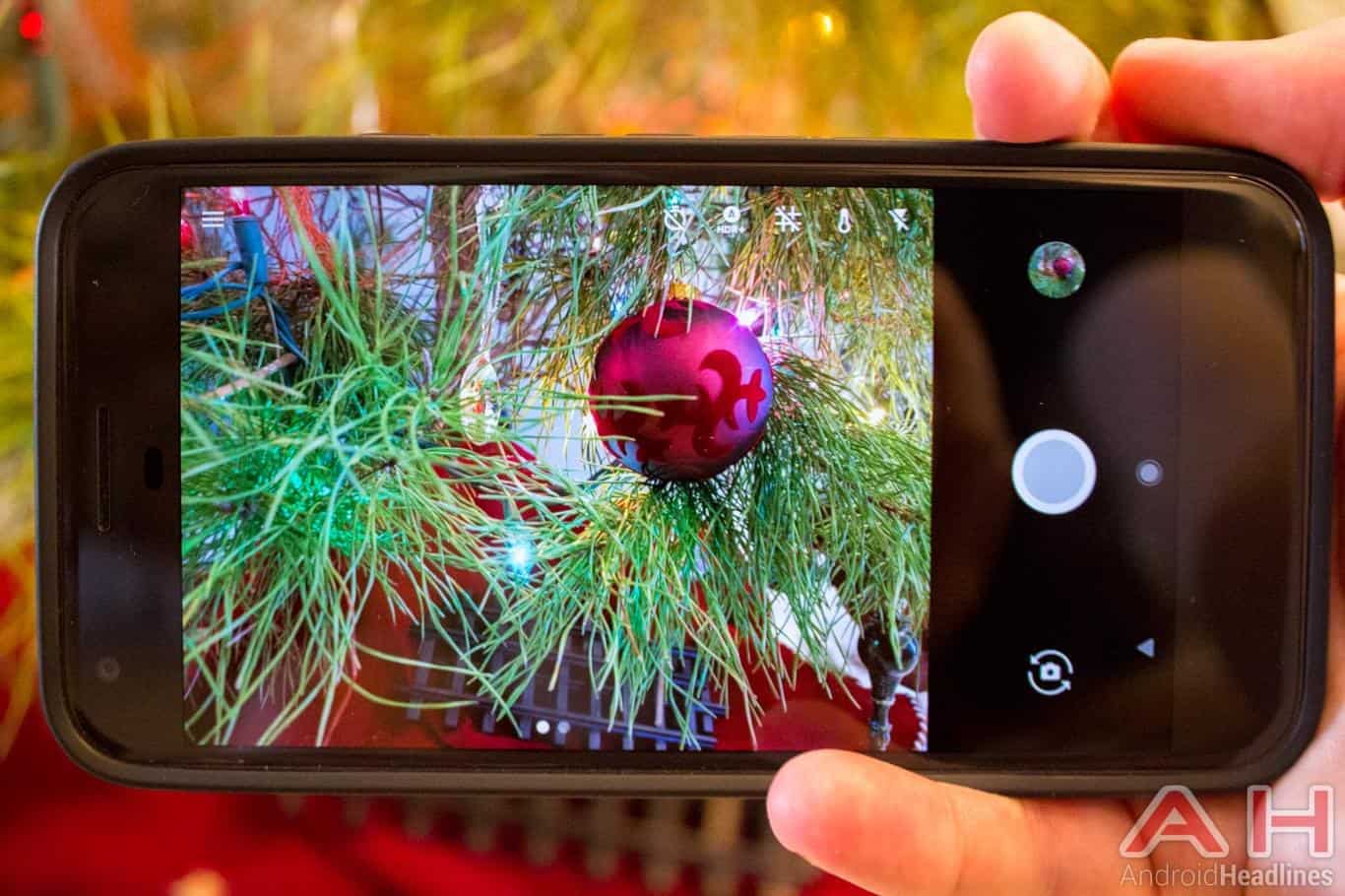 Another misnomer that many people fall victim to is digital zoom. While the name of this might make you think there’s some super secret digital mumbo-jumbo going on in the background to get a closer look at a far away subject, in reality the camera software simply crops the frame. This means that the further you “zoom” in, the less resolution the picture or video actually contains. While it may be more convenient in the moment to line the shot up via digital zoom, it’s far better to take the shot without “zooming” in, and then either pinching to zoom later when showing the picture off, or simply cropping it using your phone’s basic built-in editing tools. At the end of the day your photos and videos will look considerably better thanks to the increased full-frame resolution of your shots, and no one will be watching dancing pixels on that super zoomed in video either. 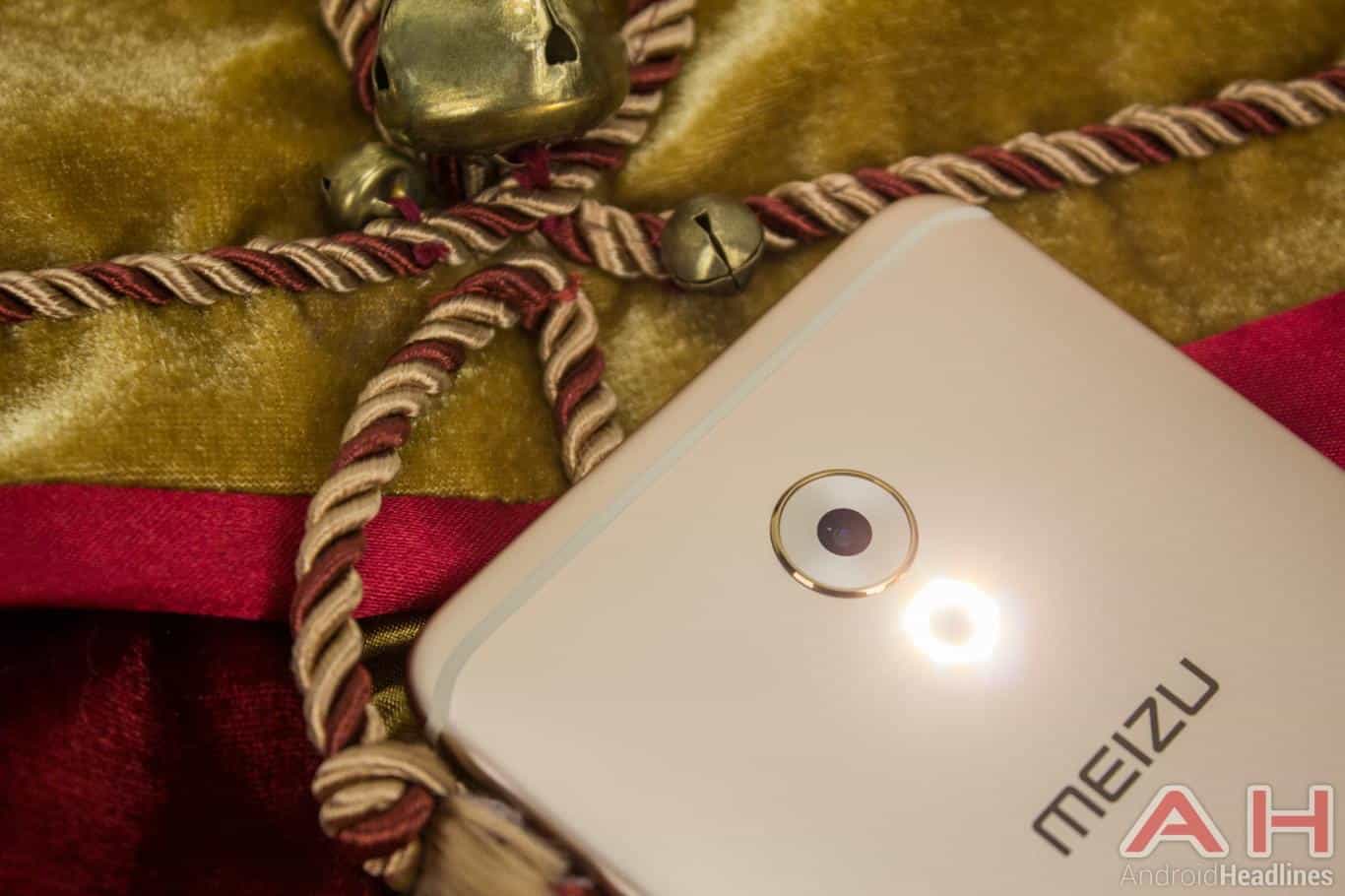 Using the flash on a camera is a tough call. Most phones leave the flash on automatic mode, so the phone attempts to sense when this is needed and uses it from time to time to enhance shots. In reality though there are very few lighting conditions where you’ll actually want to use a smartphone’s direct, harsh LED flash, and in most cases this setting should just be turned off.  Most phones, especially the newest batch of smartphones, use large sensors with huge pixels and are designed with lower light situations in mind. Couple this with image stabilization techniques often used to keep cameras more steady than ever and you’ve got a great way to take better balanced low light shots without the nasty, harsh LED flash. When should you use flash? It’s probably OK to use it in situations where you’ve got strong back-lighting and dim foreground lighting. For instance if you’re going out this Holiday season and taking pictures with folks in front of bright Christmas lights, you may want to turn that flash on to help balance out the bright glow behind folks so that their faces are visible. Many times though you’ll find that modern smartphones feature an HDR setting that helps mitigate the differences in lighting between these objects, and normally that’s going to be the best way to more evenly illuminate a scene without blinding flashes of light. In addition to this you’ll usually find flash makes skin tones all wrong, adding a warmer or cooler hue to them and making things unnatural to say the least. Turn that flash off unless you really can’t get a good shot, and even then it might be better to simply not take the shot with your phone. 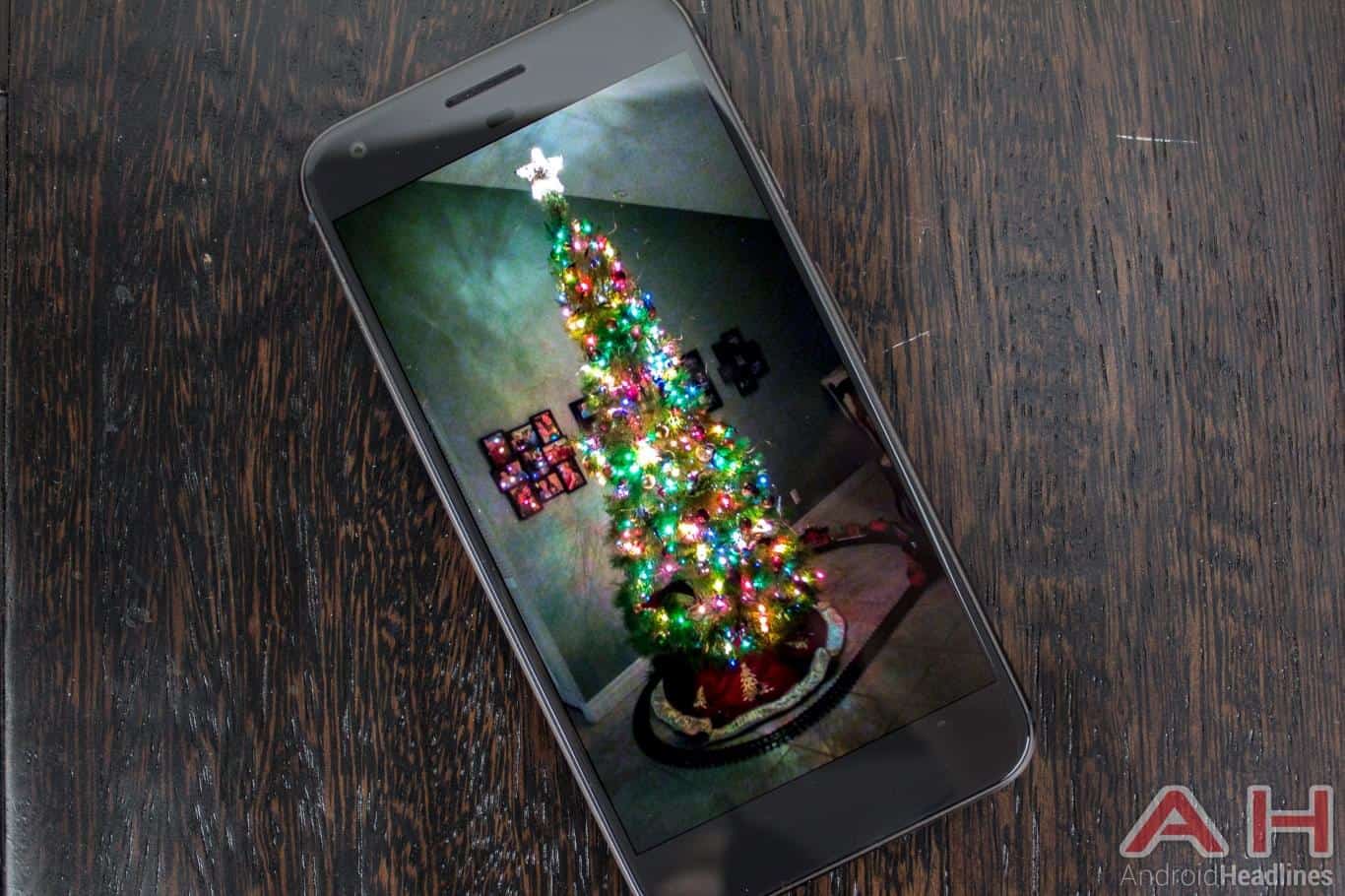 High Dynamic Range, or HDR for short, is a trick that’s been around in photography for a long time, but has become increasingly more prevalent with smartphones. HDR has been used more and more to help make up for the small size of the sensor that has to fit in our slim and sleek smartphones, and recent phones have essentially perfected this technique. Most phones now ship with automatic HDR, which means the phone will automatically switch to HDR mode when it detects the scene needs it. Typically you want to use HDR mode to help bring out more shadow detail, as well as lessen the overly bright sections of a photo. This range of lighting differences is known as dynamic range, and it’s something larger sensors and lenses, like the ones you’ll find on a dedicated SLR camera, do a better job with inherently.

Every phone handles HDR a little bit differently, but generally you’ll see an HDR logo somewhere prominently placed on the top or left side of the camera’s user interface. If it’s got an A next to the HDR icon, or says auto under the logo, this denotes that your phone will do its best to decide when to use HDR and when not to. Sometimes though you might find it best to force HDR to be turned on, as it will help bring out the full range of lighting conditions and colors in your image. What’s important to note is how your phone handles HDR, and in what situations HDR works best. Most phones utilize the exposure bracketing method, which means the phone quickly takes 2 or 3 different shots, one after the other, with each shot utilizing a different exposure level. The software then takes these shots and combines them together to reveal details that you wouldn’t normally get with a single, averaged exposure shot. Of course this type of HDR can produce double images, depending on how fast the phone is at taking the shots. If you notice lots of ghost edges or a double image in your shots, you might want to leave HDR on auto. Samsung has been utilizing on-chip HDR since the Galaxy S5, and as such you’ll normally find Samsung’s HDR methods don’t produce these double images outside of a handful of scenarios with a lot of fast moving objects (or people). Google’s HDR+ is yet another method of HDR which takes 10 or more shots all at once, followed by a background processing method that goes pixel-by-pixel and chooses the best exposure for each one. It’s a more process intensive method for sure, but in the end normally produces a superior image to others, and leaving HDR+ on all the time is generally the best practice with any of Google’s Nexus or Pixel line of phones. Google’s Pixel introduced a new method of always-on HDR+ in the auto HDR+ mode, which is enabled by default, and takes less shots at once than forced HDR+ mode, which in the end means not quite as bright or sharp an image but one that takes far less time to process. 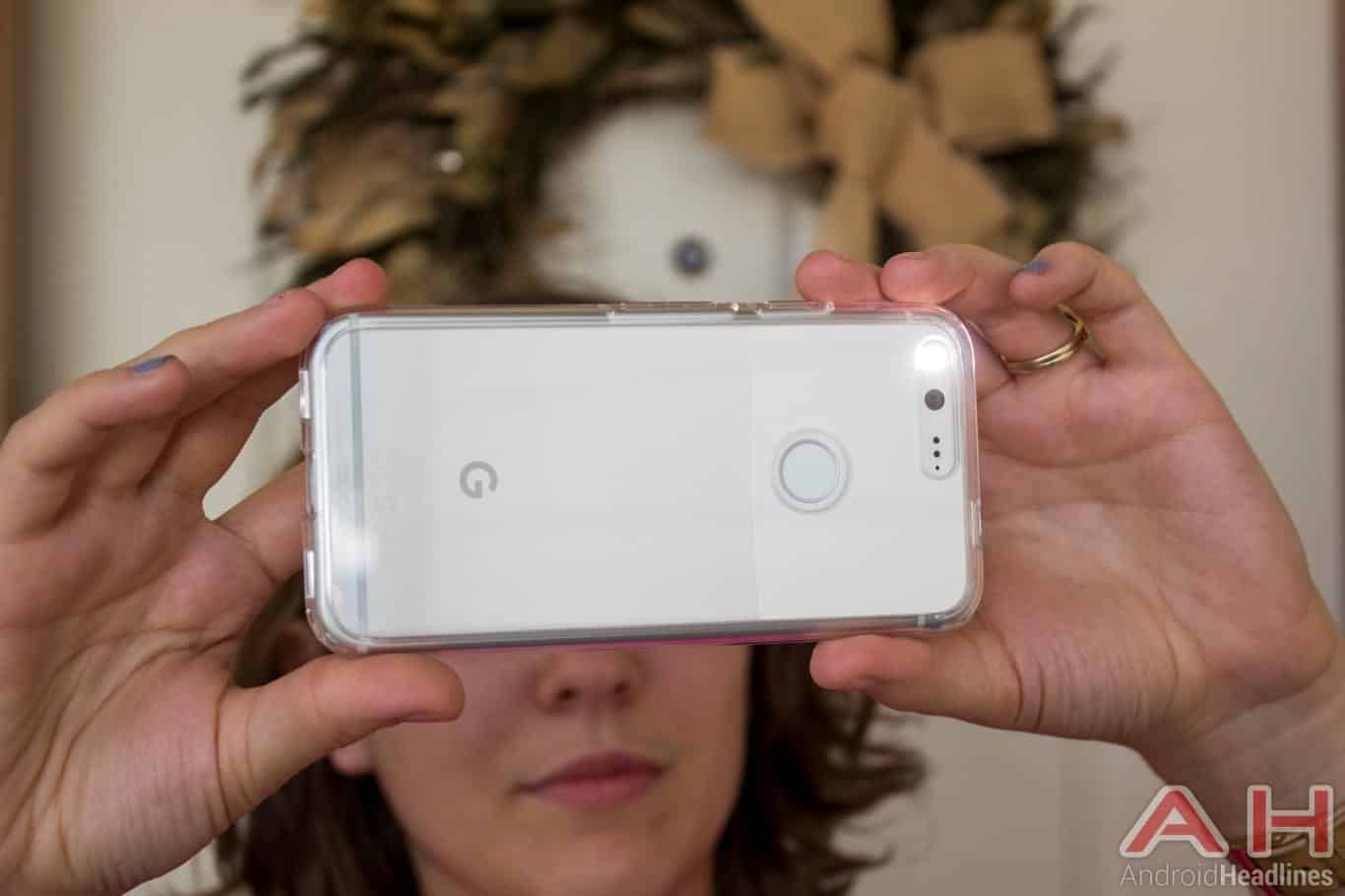 Many phones now come with quick and easy manual exposure options, but like many other characteristics of a phone’s camera software, this is handled differently for each phone. Touching anywhere on the screen to focus on a point will bring up the manual exposure adjustment wheel or bar, and from here you can easily adjust most phone’s exposure levels from -2 up to +2. Exposure levels are, more or less, the brightness setting on the sensor that takes place after the phone has calculated which ISO and shutter speed to use. These -2 to +2 options allow users to adjust 2 points in either direction from the automatically determined exposure rating, adjusting the shot for brighter or darker scenes depending on what the user might decide. Some OEMs, like Google and Samsung, bring up a bar or graph that you slide up and down on the screen to adjust the exposure rating. Other OEMs, like Xiaomi, make this a wheel that you can rotate to adjust the exposure. Either way it’s a quick and easy method of quickly adjusting your photos to bring down those extra bright highlights, or building up detail in those extra dark shadows, for a better overall picture without post-process adjustments. 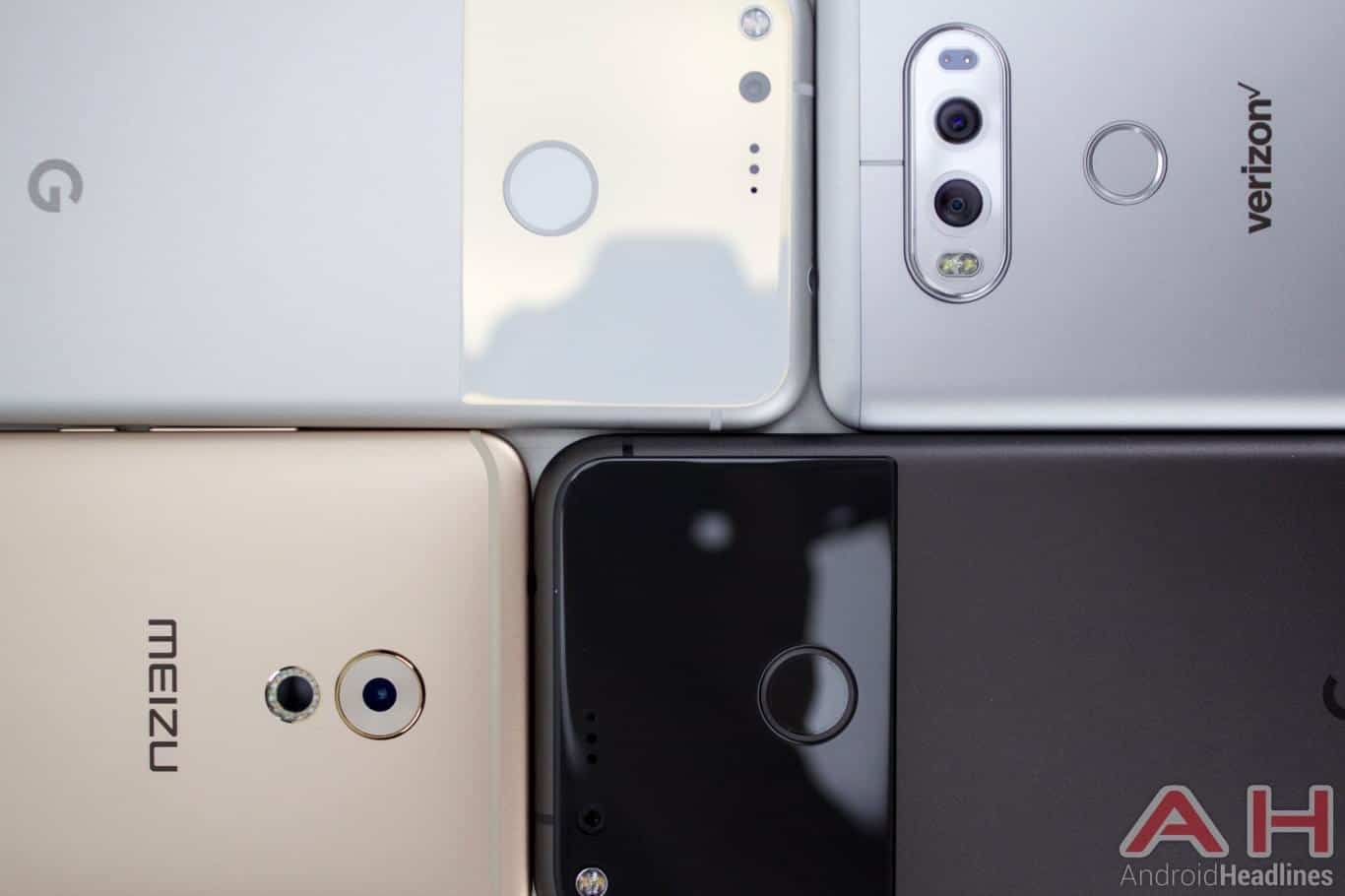 Burst mode is something that often gets forgotten in the world of quick point and shoot cameras, but it’s a mode that might just get you the best shot of all. Spectating at sporting events or watching your child’s latest play recital could result in some nasty, blurry photos that often aren’t very fun to show off to friends and family, but holding down that shutter for a second or two before letting it go will likely net a few shots that are much more enjoyable. Most phones employ a burst method that allows for taking between 20 and 40 images per second by just holding down the shutter instead of instantly letting it go, and these phones will usually have some sort of intelligent method of determining the best shot taken as well.

Folks who use Google Camera and Google Photos will enjoy deep integration with the Google Photos ecosystem, namely the granular controls and automatic highlights built in. Google Photos will automatically identify any burst shots taken and help you determine the best shot available with a single click, and there are even options built into Google Camera to automatically create GIFs of any burst mode without having to do anything at all. What’s better yet you’ll also find that Google Photos will create additional GIFs, animations and collages based on these burst sessions, giving you even more options to work with than a single, blurry photo. Try it today, you may be surprised just how well it works!