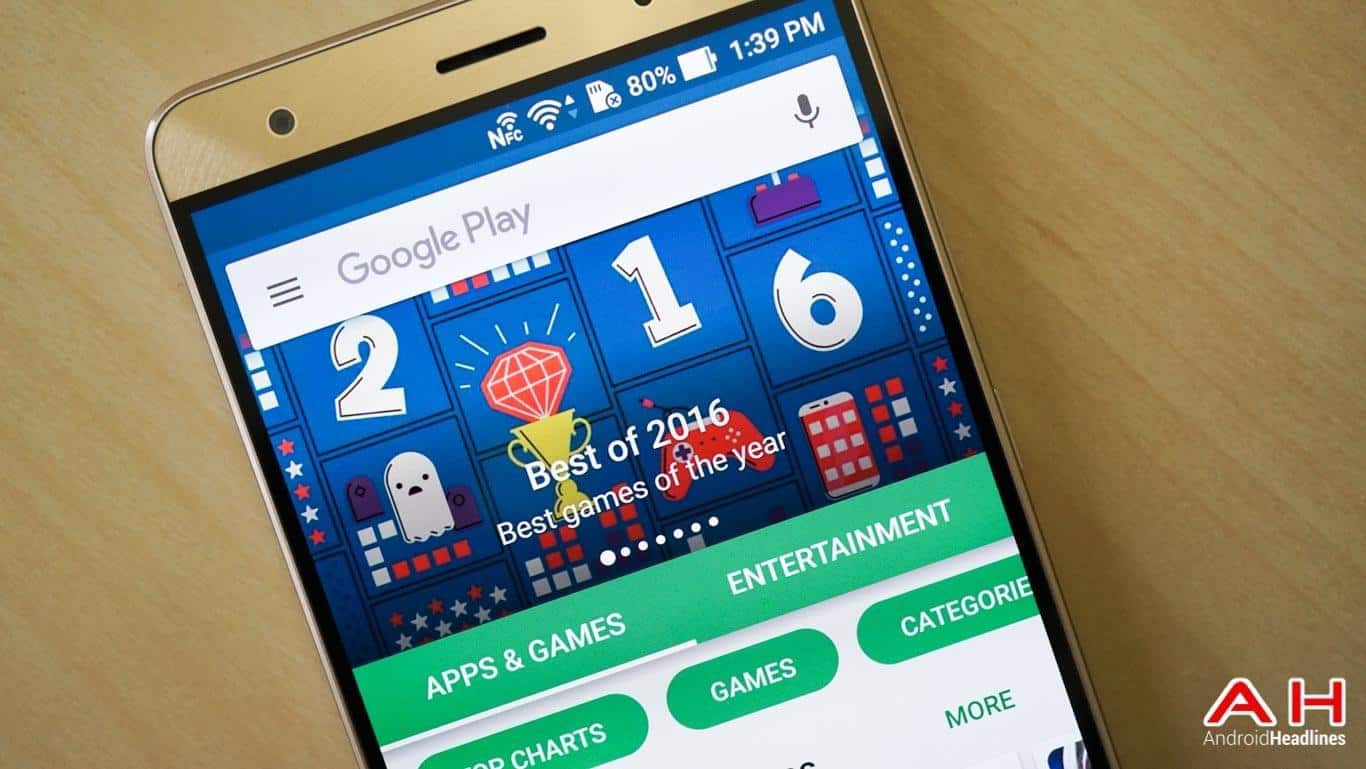 Towards the end of every year, Google Play puts together a list of the Best apps, games, songs, movies, TV shows, and books from the year that was. The Google Play team announced that list today and at the top of "Trending Games" is Pokemon GO. Not a huge surprise, given how popular the game was over the summer, even though it has fallen in popularity since it launched. Other games on the list include Clash Royale, Traffic Rider, slither.io and Dream League Soccer. Moving onto apps, these are the ones that made the list: Face Changer 2, Lumyer – Photo & Selfie Editor, Castbox – Podcast Radio Music, Emoji Keyboard Pro and MSQRD.

When it comes to the most streamed songs of the year, Twenty One Pilots' Stressed Out tops the chart. Followed by Sorry by Justin Bieber, One Dance by Drake, Don't Let Me Down by The Chainsmokers and finally Me, Myself & I by G-Eazy at #5. Surprisingly, the top movies of 2016 are dominated by super hero films from Marvel and DC Comics. Coming in at #1 we have Deadpool, followed by Star Wars: The Force Awakens, Zootopia, Captain America: Civil War and finally Batman v Superman: Dawn of Justice. For TV shows, Game of Thrones took the top spot followed by The Walking Dead, The Big Bang Theory, Mr. Robot and The Flash. For the top books of the year, It was Deadpool Kills the Marvel Universe, Harry Potter and the Cursed Child: Parts One and Two, The Girl on the Train: A Novel, The Art of War and Me Before You: A Novel.

Some of these picks may be a bit surprising, but many of the others really aren't. Given how popular they were throughout the year. The list of apps that were popular this year shows a bit of a trend in what users are interested in this year. Clash Royale wasn't a huge surprise, as a top game, since it is almost always one of the most popular games on just about any list. Some of the movies are a bit surprising. Like seeing Deadpool ahead of Star Wars: The Force Awakens.