When Android Pay was first launched, there were some that thought it was more of a “me too” payment method to compete with Apple Pay, but since then, it’s become one of the more popular payment methods, perhaps due to the vast amount of different handsets on the market that run Android. This alone makes Android Pay an instant winner, but perhaps the constant marketing, as well as the addition of more and more providers for Android Pay is what has helped to keep Android Pay in constant use. Across the pond in the UK, Google is providing Android Pay users with a treat this Christmas, as well as the opportunity to win some big prizes.

Google is opening the Tap.Pay.Reward. scheme until December 31st where users will get a cracker for each purchase, or trip using Transport for London, they make and there are prizes within these crackers. As per the website for this new reward scheme, there are 70,000 £10 Costa Coffee gift cards, 8,500 pairs of Cinema tickets for ODEON, 150 £500 House of Fraser gift cards and 150 £500 gift cards for PC World and Currys stores. Users will also get a virtual coin for the first three of their five tap and pays during December, these can be used as a £3 gift card in Costa Coffee, and starting soon, Uber users will get 50% off of their rides. However, the discount tops out at £5, unfortunately.

For some time now, Android Pay has become popular in the UK, and Google has been sending users notifications when they arrive at a store that accepts Android Pay and the service has become popular on transport services thanks to its support of Transport for London. Whether or not this new rewards scheme helps boost Android Pay’s popularity in the UK remains to be seen, but it does at least give Android Pay users a little something in return for using a service that they would be using in the first place. More info can be found at the source link down below, as well as in the Android Pay app itself, too. This isn’t the first time that Google have opened up some rewards for customers in the UK, but it is the first time that they’ve done so for Christmas. 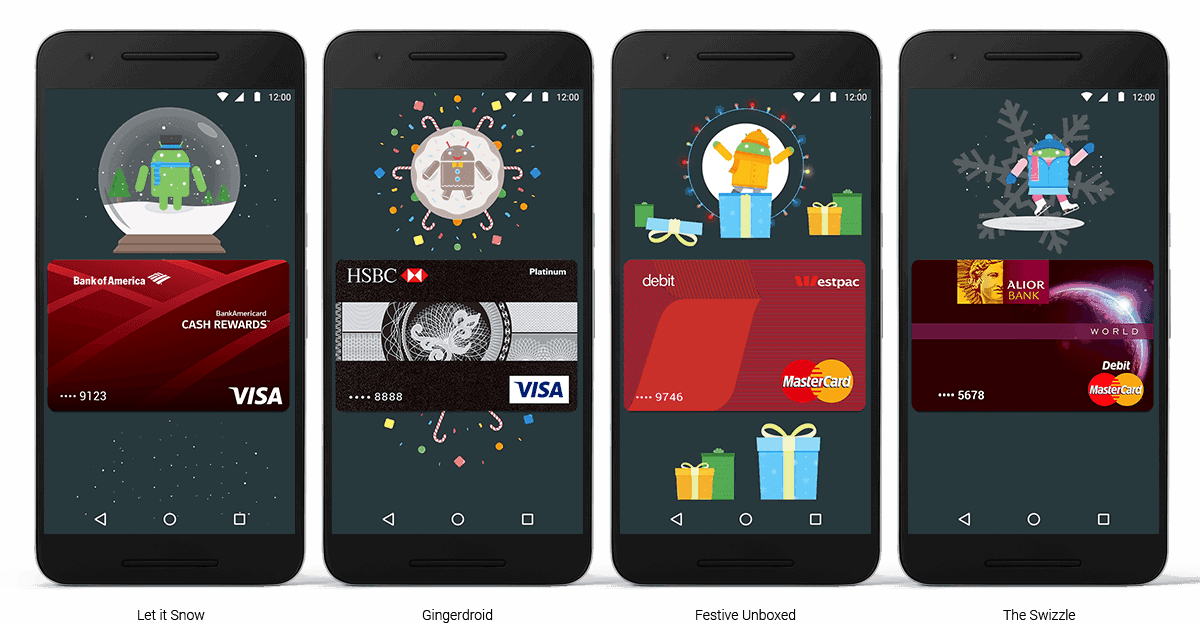