Motorola had introduced two flagship smartphones this year, the Moto Z and Moto Z Force handsets. In addition to these two devices, the company had also released some more affordable devices, like the Moto G4, Moto G4 Plus and the Moto Z Play. The Motorola Moto X Play is, according to many people, one of the better mid-range smartphones out there at the moment, and its predecessor, the Moto X Play is still quite a nice, and affordable smartphone, despite the fact it was announced back in July last year with Android 5.1.1 Lollipop. This handset received Android 6.0.1 Marshmallow a while back, and it seems like Android 7.1 Nougat could be on the way to the Moto X Play.

The Motorola Moto X Play features a 5.5-inch fullHD (1920 x 1080) IPS LCD display, 2GB of RAM and 16GB / 32GB of expandable internal storage. The device is fueled by the Snapdragon 615 64-bit octa-core processor, along with the Adreno 405 GPU. The 21-megapixel shooter is placed on the back of this phone, and a 5-megapixel camera is available on the phone’s front side. The 3,630mAh non-removable battery is also a part of this package, and you do get fast charging here as well. We still don’t know when will this update land on the Moto X Play, but stay tuned. 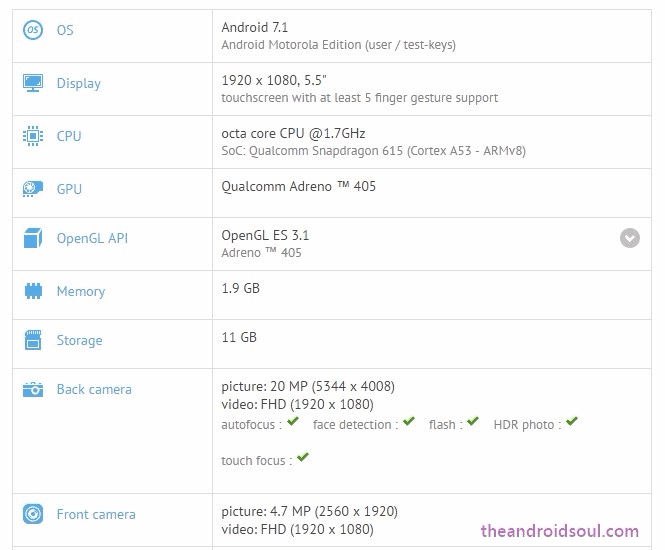