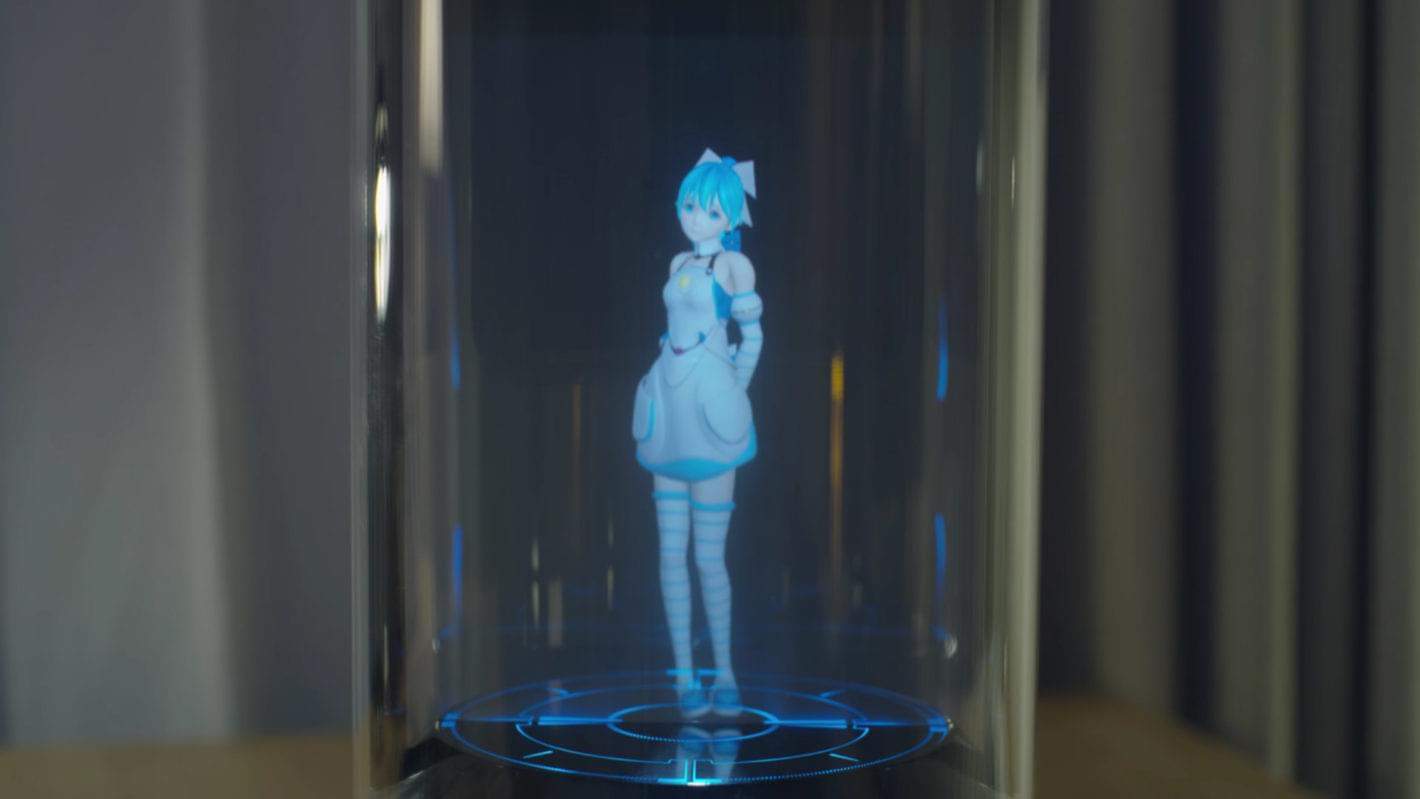 As consumers are slowly getting used to electronics made by the Internet of Things (IoT) industry, connected hardware infused with AI assistants is also gradually making its way to people’s homes all around the world. While the likes of Amazon Echo and Google Home still aren’t perfect when it comes to voice interaction, their manufacturers are hard at work trying to make them more capable of holding a conversation with their owners. However, if you’re on the lookout for something with a bit more personality, you may want to check out Gatebox, a recently announced digital assistant which puts a tiny holographic girlfriend inside of what looks like an expensive coffeemaker.

Gatebox’s AI is called Hikari Azuma whom developers describe as a 20-year-old housewife with a keen interest in anime and cooking, and a deep admiration for her husband, i.e. your humble self. As you spend more time with Hikari, she’ll adapt to your schedule and try to help you with simple tasks which mostly amount to controlling your other smart appliances and providing you with news and weather reports. In addition to Hikari’s conversational interface, you’ll also be able to text her with a special mobile app that’s scheduled to be released along with Gatebox in late 2017. In fact, this texting functionality is touted as one of the main selling points of Gatebox, as evidenced by the first product trailer which you can see below.

Hikari was voiced by a young voice actress Yuka Hiyamizu and designed by Minoboshi Tarou, a famous Japanese artist who created the 2009 dating sim LovePlus and worked on numerous Japanese animes. Interestingly enough, Hikari likely won’t be the only assistant supported by Gatebox, as developers already revealed another AI called Akari. This unique home assistant that doubles as your waifu is currently slated for release in December of 2017. While no exact release date has yet been given, a quick look at the Gatebox pre-order page reveals that this IoT gadget is priced at $2600 which is far from cheap, but also far from surprising seeing how this is a niche product aimed at a relatively small pool of consumers. The device will be sold in the United States and Japan, and only 300 units are currently available for preorders which are open until January 31st. You can pre-order Gatebox by following the source link below.