In the wake of Pebble being scooped up and subsequently dashed against the rocks by Fitbit, a lot of very vocal Pebble loyalists have taken to the internet to voice their displeasure. Some of these people, a small number to be sure, are saying that Pebble was already doomed and they’re simply sad to see it go, rather than condemning Fitbit for dealing the deathblow to their favorite smartwatch brand. As it turns out, this crowd is probably right. Fitbit didn’t acquire Pebble for sales – that’s obvious, since they shut the brand down upon acquisition, and putting millions on the table to shut down a competitor with sales figures completely dwarfed by your own doesn’t make much business sense. No, Fitbit bought out Pebble purely for their people and assets, and it’s easy to see that if you have a look at the facts.

According to reports, such as the set of graphs that you can find at the bottom of this article, Pebble’s small and loyal user base was small indeed, and many of them did not want to let go of their old and still-working smartwatches. In the third quarter of 2015, Pebble’s total device lineup was responsible for dressing about .2 million new wrists worldwide. That number being cut in half year-on-year already paints a pretty bleak picture, but taking into consideration the fact that Pebble never really graduated from Kickstarter should be enough to show fans that the company’s fall was inevitable, given the current smartwatch climate. Fitbit, meanwhile, sold close to 5 million for the third quarter of 2015, soundly trouncing Pebble. Year-on-year, that amount broke 5 million. Mind you, this includes fitness trackers and other Fitbit products, but the staggering gulf’s message is clear.

Now, with refunds on their way to Pebble backers and fans mourning the loss of the brand, one can only wait to see what Fitbit has in store. Pebble’s people, for the most part, are now all Fitbit employees, and Fitbit owns all of Pebble’s assets. This means that Fitbit’s own gear could pick up Pebble-esque smarts. Then again, Pebble and the idea behind it may disappear entirely, leaving only Fitbit and their products, made better and cheaper than ever by added talent from Pebble’s camp. 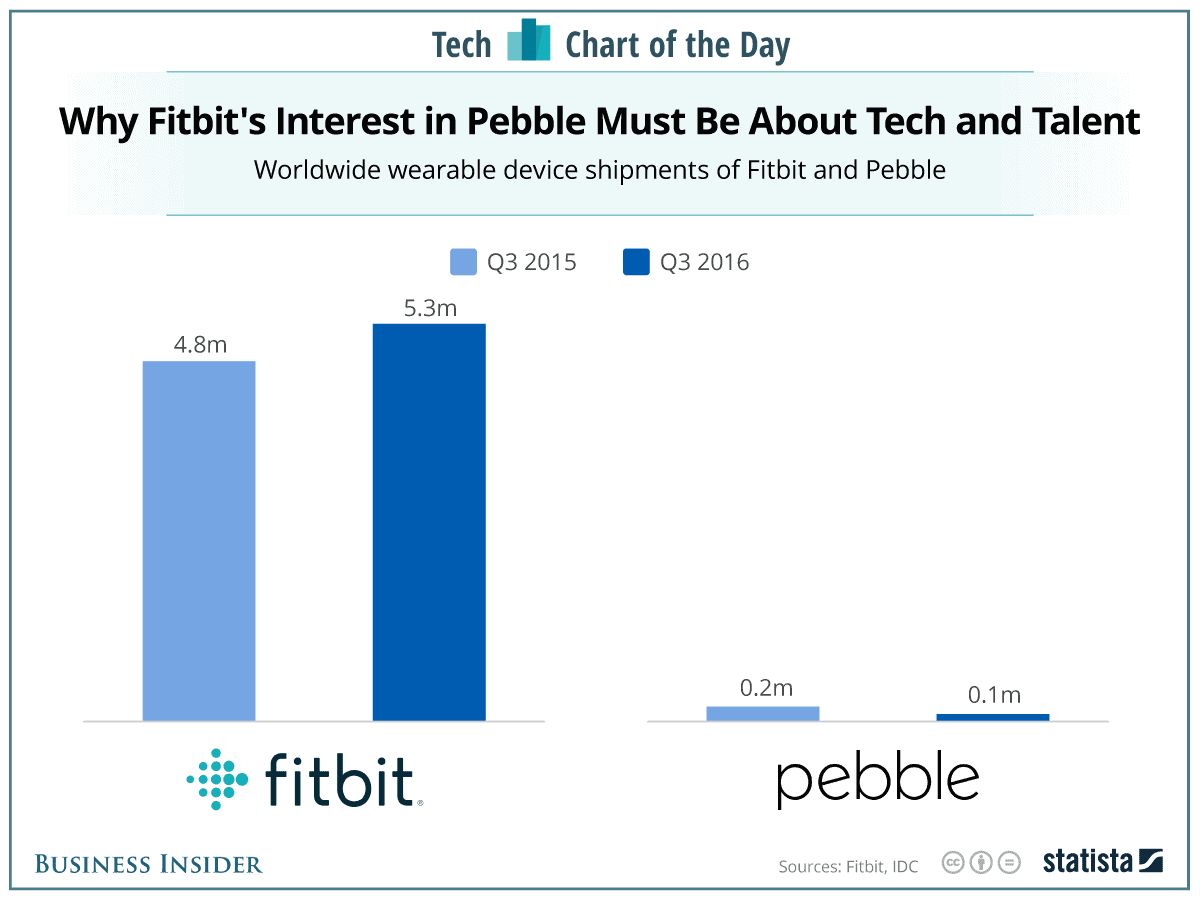