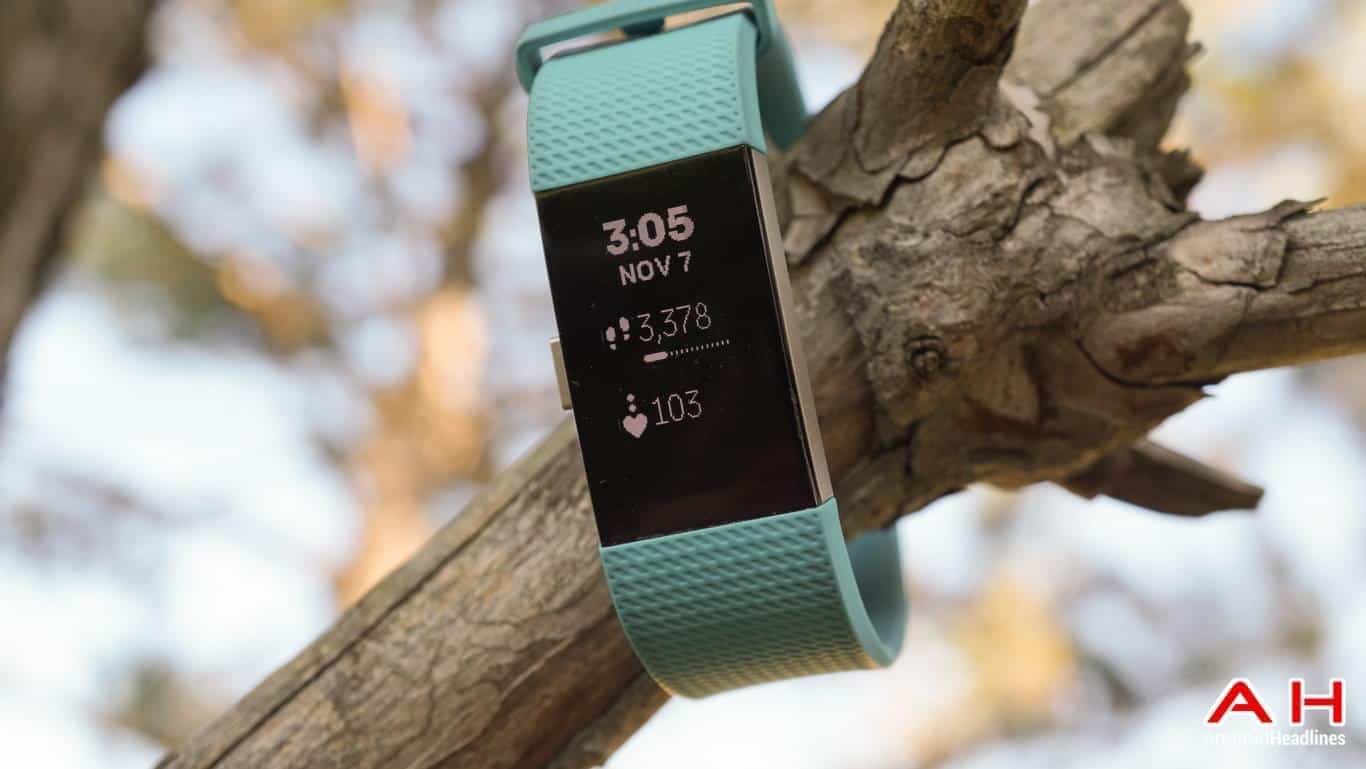 The wearable market might not have turned out to be the goldmine that many shareholders would have hoped for, but it is still doing pretty well for itself. That’s the key takeaway from the latest report released yesterday by IDC (International Data Corporation), which reveals that the overall industry grew 3.1% Year-on-Year during the third quarter of this year. However, even though the wearables sector as a whole is becoming comparatively more mainstream with every passing day, smartwatch sales have continued to remain lackluster. According to IDC’s Worldwide Quarterly Wearable Device Tracker for Q3 2016, 23 million wearables were shipped globally during the quarter, although only about 15% of that are smartwatches.

IDC’s report also says that fitness bands and health trackers currently make up around 85% of the global wearables market and is experiencing a double-digit growth, thanks largely to the launch of new models in the market. The Framingham, Massachusetts-based market research firm also says that it expects the industry to sustain its momentum going into the peak holiday season, so sales during the current quarter should also be pretty decent if the company’s research is anything to go by. According to the senior research analyst for IDC Mobile Device Trackers, Mr. Jitesh Ubrani, "simplicity" and a "focus on fashion" rather than technology are two of the major factors that have been fueling growth in the segment.

IDC, however, remains bullish on the prospects of smartwatches and other more complex wearables going forward. The research manager for the company's wearables team, Mr. Ramon Llamas, believes that consumer tastes will evolve with the advent of new technology, and so will their needs. That being the case, “smart wearables with multi-functionality and third-party applications” will definitely be more popular going forward, according to him. However, he also cautioned that to get there, the industry will need to innovate and provide users with “more intuitive user interfaces, seamless user experiences, standalone connectivity and applications that go beyond health and fitness and into personal and professional productivity”.

For now, though, Fitbit remains king of the hill, thanks to its large portfolio of devices available at many different price points. The company managed to shift 5.3 million devices during the quarter, earning itself a market share of 23% during the quarter. Xiaomi, with its Mi band 2, comes in at number 2 with 3.8 million units shipped, which gave it a market share of 16.5%. Garmin, Apple and Samsung take up the third, fourth and fifth places on the ladder with 1.3%, 1.1% and 1.0% shares of the market respectively. 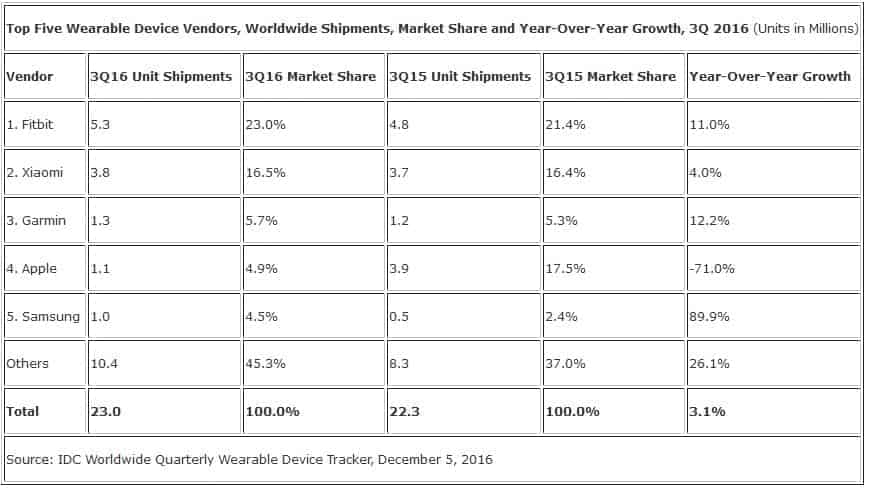