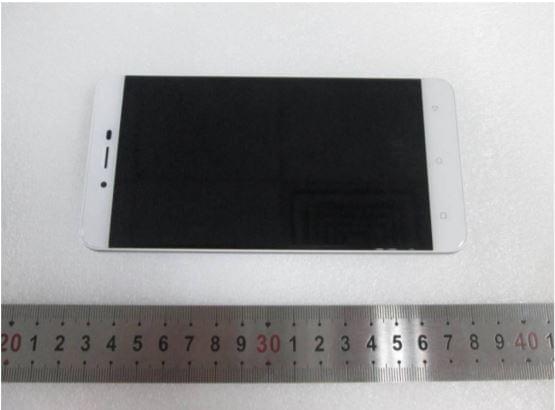 Most of the time when word of a new upcoming device hits the web early, it's due to a leak of some sort from within the company; other sources are rare, but it can happen, and that's what's happened here, with the FCC unveiling the new BLU Vivo XL2 before BLU got the chance to, including the owner's manual. The BLU Vivo XL's successor shows off its plain looks in a few photos for the FCC, spills a little bit of its spec sheet, and the owner manual gives away some key information on extra features, like the presence of a camera flash, front facing camera, and Micro SD card slot.

The pictures show a very plain, but nice device; a glossy plastic finish accompanies a chrome rim, which bears all the normal buttons, a regular Micro USB charging port, a 3.5 millimeter headphone jack, and a slot to pop in a tool and get the SIM card and MicroSD card out. The presence of this slot does not entirely rule out the ability for the user to easily remove and replace the reported 3,150mAh battery, but it is a pretty decent indicator. The frequencies, meawhile, are usual BLU fare, and should work well on most US carriers. A mystery MediaTek processor is supposedly hiding underneath that 5.5 inch screen with an unknown resolution, paired with a likewise unknown amount of RAM and internal storage.

Information is sparse on the new device for now, but a look to its predecessor can provide a little insight as to just what sort of device to expect. The Blu Vivo XL sported looks that almost out-plain its sequel while still keeping things classy, and a bit of a snoozefest for a spec sheet, with highlights including things like 2GB of RAM, a MediaTek MT6753 processor, and a 1280 x 720 resolution for its 5.5 inch LCD panel. Specs like this aren't bad for under $200, but are certainly not the best one can do in that price range. Venturing a guess at a sequel along those lines, we can probably expect either an older Helio X chip or another non-flagship MediaTek, along with either 2GB or 3GB of RAM, and a panel set at either the same resolution or bumped up to 1920 x 1080. Since the FCC listing didn't include anything to indicate a projected release date from BLU, we'll just have to wait and see when they want to bring it out. Given that the BLU Vivo XL was announced on January 7th of this year, we may well see this new one at CES.