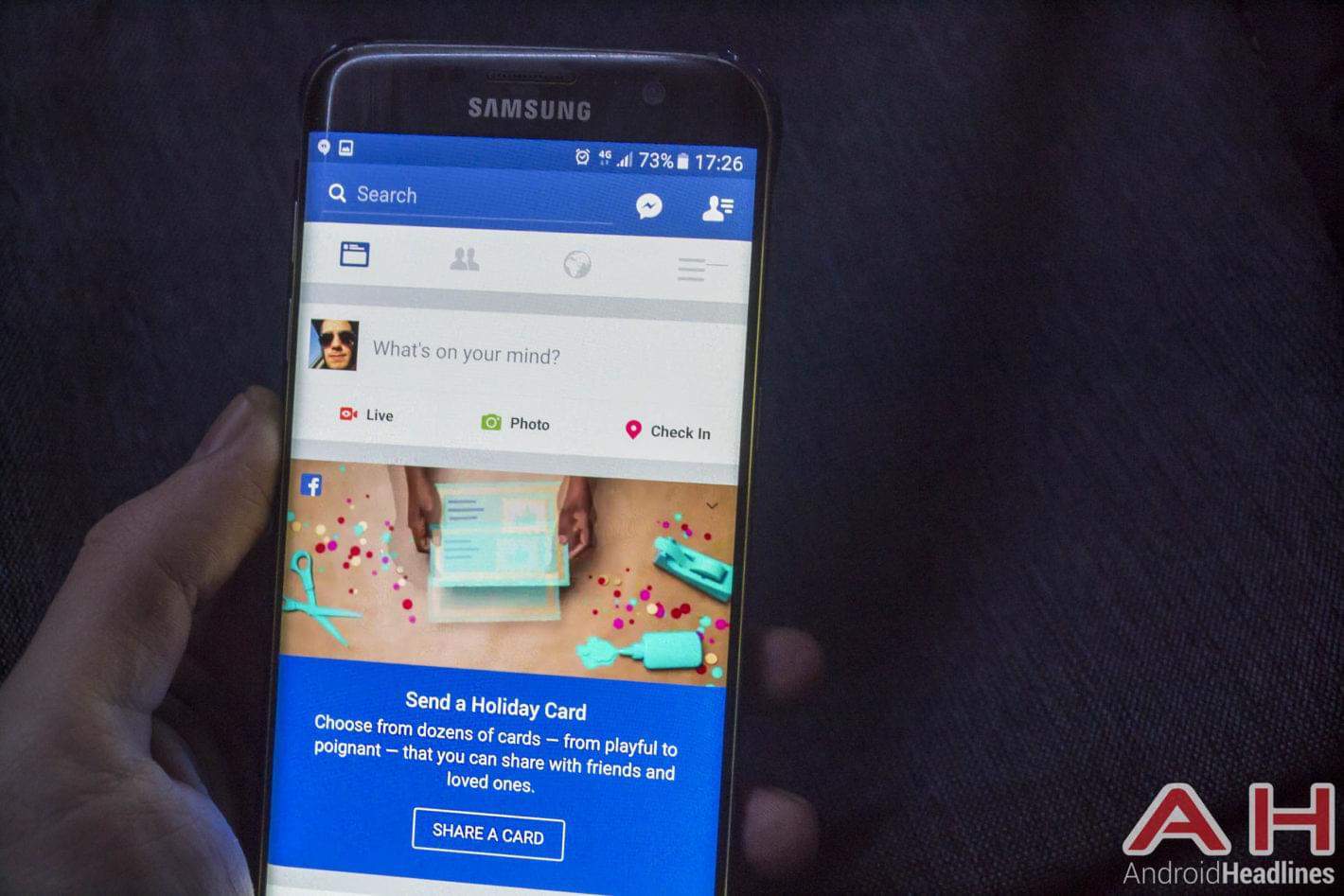 Earlier today, Facebook started rolling out a new feature designed to assist people in sharing and discussing important events with their friends. As Facebook's Chief Marketing Officer, Gary Briggs, explained, this new functionality can essentially be described as "a marketing program" intended for personal use. In other words, it's based on a concept of prompting people to interact with their Facebook friends by providing them with a relevant topic for discussion. If you've already opened the Facebook Android app today, you were probably greeted by a large card wishing you 'happy holidays', located at the very top of the News Feed.

Tapping the said card will bring you to another interface which will allow you to share a holiday card with your friends and followers on Facebook. At the moment, the social media giant is offering 18 custom holiday cards, though more are expected to follow shortly. According to Briggs, this is just the beginning of Facebook's efforts in this segment. In the near future, this feature will also be used to promote global and local events which users will be able to share and discuss with their social circles on Facebook.

As the company's CMO explained, the goal of this initiative is to provide people with more options to share content and connect with their friends, as well as help them discover interesting events related to holidays, cultural happenings, or anything else of the sort. Given how it's already late December, it's not surprising that Facebook decided to debut this feature with holiday-themed cards, but you can expect a lot of variety from this functionality in the future. Of course, the new Holiday Cards are an entirely optional feature, and if you choose to ignore them once, Facebook won't try promoting them again, presumably not until it's time for another event.

This is yet another one of Facebook's attempts to improve user engagement rates and provide News Feeds with a more personalized touch and earlier today, the company also started rolling out colored backgrounds for text statuses. While that is a functionally different feature, it aims to achieve a similar goal – make users engage with each other more often, just like they used to be doing in the early days of the social network.