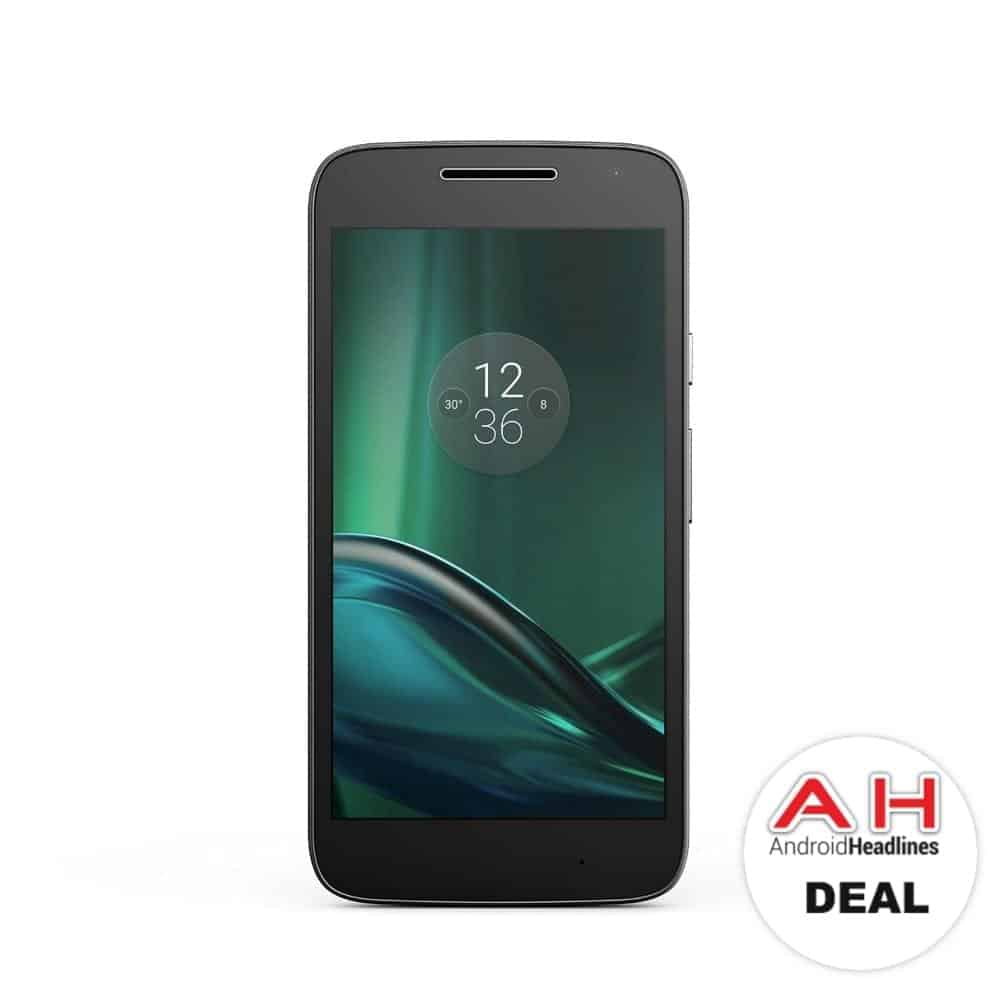 The Moto G4 Play is the lower-end or the cheapest of the three Moto G4's that Lenovo released this year. It's also available on Amazon for $99 normally, but that is with lock screen ads (hence the title). Typically the Moto G4 Play sports a $149 price tag, but B&H Photo is offering up the smartphone for just $99 today and today only. Which is a pretty great price for what you're getting here.

Now, the Moto G4 Play isn't the most high-end smartphone on the market right now, but it is definitely capable. It sports a 5-inch 720p display, powered by the Qualcomm Snapdragon 410 with 2GB of RAM. There is also 16GB of storage in this model (the model that Amazon offers at this price is 8GB, by comparison), and there is a micro SD card slot, allowing you to expand that storage. There is also a 2800mAh battery inside, that is removable. Camera-wise, the Moto G4 Play sports a 8-megapixel rear-facing shooter, and a 5-megapixel selfie camera. The specs here aren't the best, but they are more than capable, as we mentioned. The Moto G4 Play is going to make a fantastic gift this Holiday season for anyone who just needs a smartphone, but doesn't need all of the bells and whistles.